‘From our heart’: Taiwan rejects China’s criticism over Ukraine aid 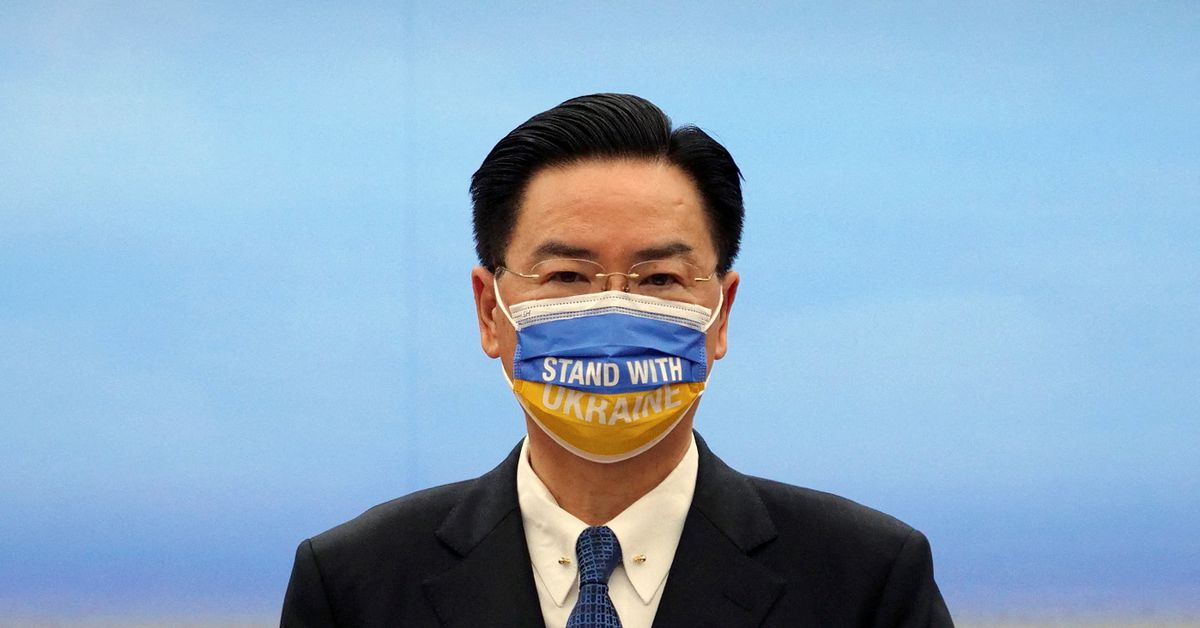 TAIPEI, April 1 (Reuters) – Taiwan’s foreign minister on Friday strongly rejected criticism of its relief efforts for Ukraine from China, saying the aid came “from our heart” and was not an exercise in political manipulation.

China’s government last month described Taiwan’s humanitarian aid for Ukraine and sanctions on Russia as “taking advantage of other’s difficulties”, after the island announced it was sending funds donated by the public for refugees. read more

The war in Ukraine has garnered broad sympathy in Taiwan, with many seeing parallels between Russia’s invasion – which Moscow terms a “special military operation – and military pressure from China, which views the democratically governed island as its own territory.

Speaking at an event in Taipei detailing the donations, Foreign Minister Joseph Wu said Chinese authorities criticized Taiwan no matter what it did.

Wu, to applause from an audience that included Ukrainians and senior European diplomats in Taiwan, cited an unnamed US diplomat previously based in Taiwan as telling him: “You must be doing something right when the Chinese government is upset”.

“…It comes from our heart; it’s not political manipulation.”

China has not condemned the Russian invasion, unlike Taiwan’s government which has also joined Western-led sanctions against Moscow.

Wu said Russia was killing innocent people indiscriminately. “These kinds of behavior should be condemned,” he said.

Taiwan has donated $20 million for refugees, mostly raised from the public, and plans a further $12 million disbursement.

China has announced only 15 million yuan ($2.37 million) in humanitarian assistance for Ukraine, via the Chinese Red Cross.

Taiwan has no diplomatic relations with Ukraine, but Wu said Ukraine’s government had expressed its appreciation. “We would like to develop mutually beneficial relations, but at this moment we will focus on how to help the Ukrainian people.”