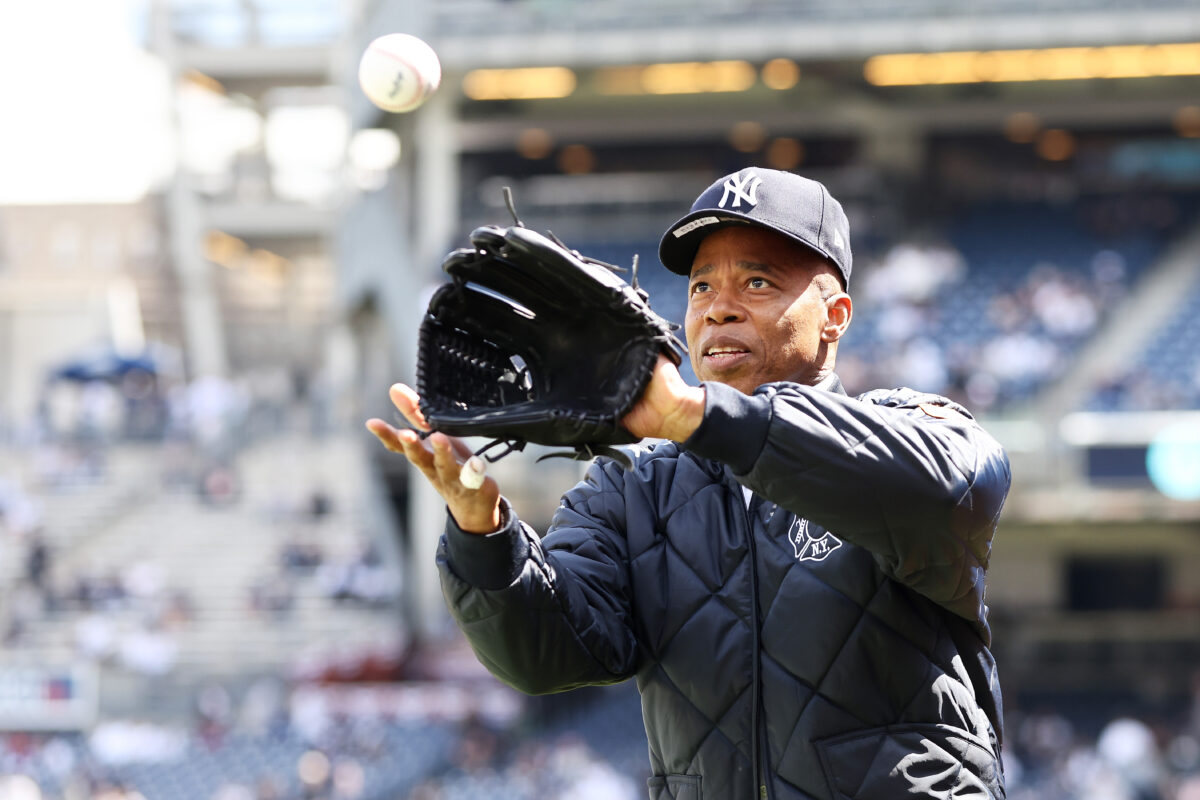 As New York City Mayor Eric Adams attended the New York Yankees opening day on April 8, he was hit with a lawsuit over the city’s uneven application of COVID-19 vaccine mandates.

Virginia Alleyne says she was fired from her job at the Legends Club inside the Yankees stadium because of the city’s mandate for private workers.

The rules require all employees at private businesses to get a COVID-19 vaccine.

But there’s a carveout for a select few people.

That extension “is fundamentally unfair, picks winners and losers, is arbitrary and capricious and constitutes an abuse of discretion,” Alleyne’s class-action suit, filed in Manhattan Supreme Court, states.

While unvaccinated baseball players can now play at Yankee Stadium, Alleyne and others were terminated because they refused to get vaccinated.

“There is no science that will prove that there should be exemption to the NYC vaccination mandate for professional athletes and performing artists and not for petitioners and those similarly situated,” it also said.

Randy Levine, president of the Yankees, appeared with Adams on March 24 at Citi Field. Levine told reporters at the time that a few Yankees players had not gotten vaccinated. Levine would not answer if the Yankees had fired any workers for not getting vaccinated, but Sandy Alderson, general manager of the New York Mets, said the team had fired “one or two” people for refusing a jab.

Adams told reporters that he consulted lawyers before partially rolling back the order and “they said that this passes legal muster.”

Officials said they were correcting a “double standard” that treated home team athletes and local artists differently from “non-resident” ones but defended not removing the mandate for all workers. Adams linked his choice to keep the city from shutting down again and claimed the COVID-19 vaccines limit transmission of the virus that causes COVID-19, even though the Centers for Disease Control and Prevention director said in mid-2021 that was no longer the case, and the shots have proven increasingly unable to shield at all against infection.

Adams also said the city would not consider rehiring the approximately 1,400 government workers fired for refusing the jab.

In a statement to news outlets in response to Alleyne’s suit, a spokesman for Adams said the mayor “has said it was in the city’s best interest to make this policy change, and he was well within his authority to do so.”

The city’s legal department will review the case, he added.