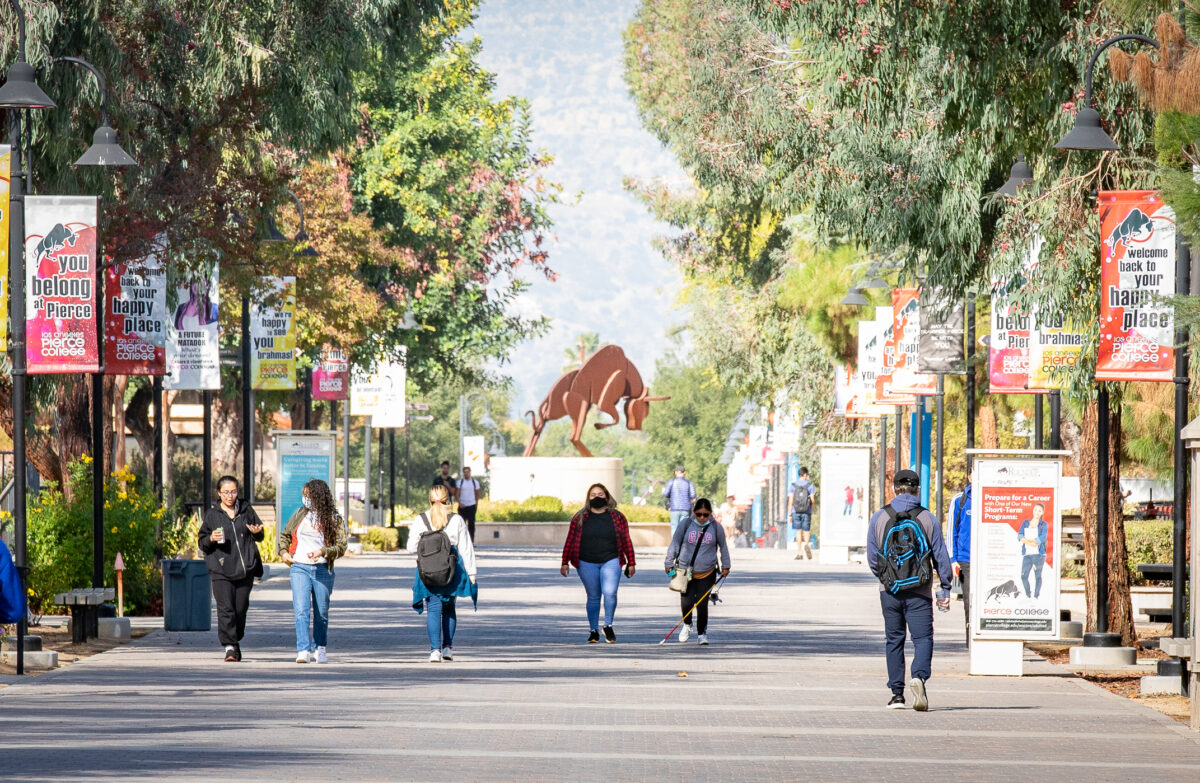 Rich, who teaches Criminal Justice, has spent the last year investigating bot enrollment in the district by combing through class rosters and reaching out to administrators to what she says is a growing issue.

Rich first began suspecting fake student enrollment, she said, when looking at the majors of students in her classes and noticed a third were anthropology majors, which she said is highly unusual.

“You would not have one-third of your class from a major that was not your own,” she said on EpochTV’s “California Insider” program.

According to Rich, the problem persists.

When examining 609 enrollees for the college’s upcoming spring session classes, nearly half were such bot accounts, according to Rich.

“The enrollment numbers have been declining for quite some time,” she said. But sudden spikes, she said, were one of the first signs of suspected bot activity.

Other signs she noticed when evaluating her own classes included students submitting the same work completed by someone not enrolled in the class.

Her concern was amplified after attempting to reach out to some of her students — via a commonly-used online platform called Canvas — only to not hear back.

After some sleuthing, she said, she discovered some of the students were actually people who had died. She also said some accounts were managed by what appeared to be one person.

Based on her research in the last year, Rich said she estimates there are anywhere between 10,000 to 15,000 bots enrolled in her district alone.

“It’s costing US taxpayers. It’s costing students who can not get classes that need them, ”Rich said.

According to state budget reports, California Community Colleges received $ 4.7 billion in COVID-19 federal relief funding with some students able to receive up to $ 5,000 per year.

Rich said she believes her school isn’t taking action because the district would lose millions in funding if her claims are true.

“If every single one of those students receives the average amount of financial aid, the amount is just astronomical,” Rich said.

Officials from Rich’s district, however, would not substantiate her claims.

“I can not even confirm that there are bots,” Los Angeles Community College District spokesman William Boyer told The Epoch Times. He added that the district does not know if bots, in general, exist at all.

But according to a 2021 memo, the state’s community colleges and their governing districts were alerted to the issue of “malicious and bot-related” enrollment by Valerie Lundy-Wagner, Vice Chancellor for Digital Innovation and Infrastructure for California Community Colleges.

The memo indicated the system’s website had found 20 percent of recent traffic on its main portal for online applications was “malicious and bot-related.”

Regarding 2021 as well as Rich’s recent concerns, Boyer said all is under investigation and internal review.

“There is not much more I can share with you publicly about this,” he said.

This week, she said she also noticed new signs of bot enrollment with half of new student ID numbers issued in the district.

According to Rich, the numbers were in perfect order alphabetically and numerically, something she believes is impossible unless done through a virus or bot program inserted into their enrollment system.