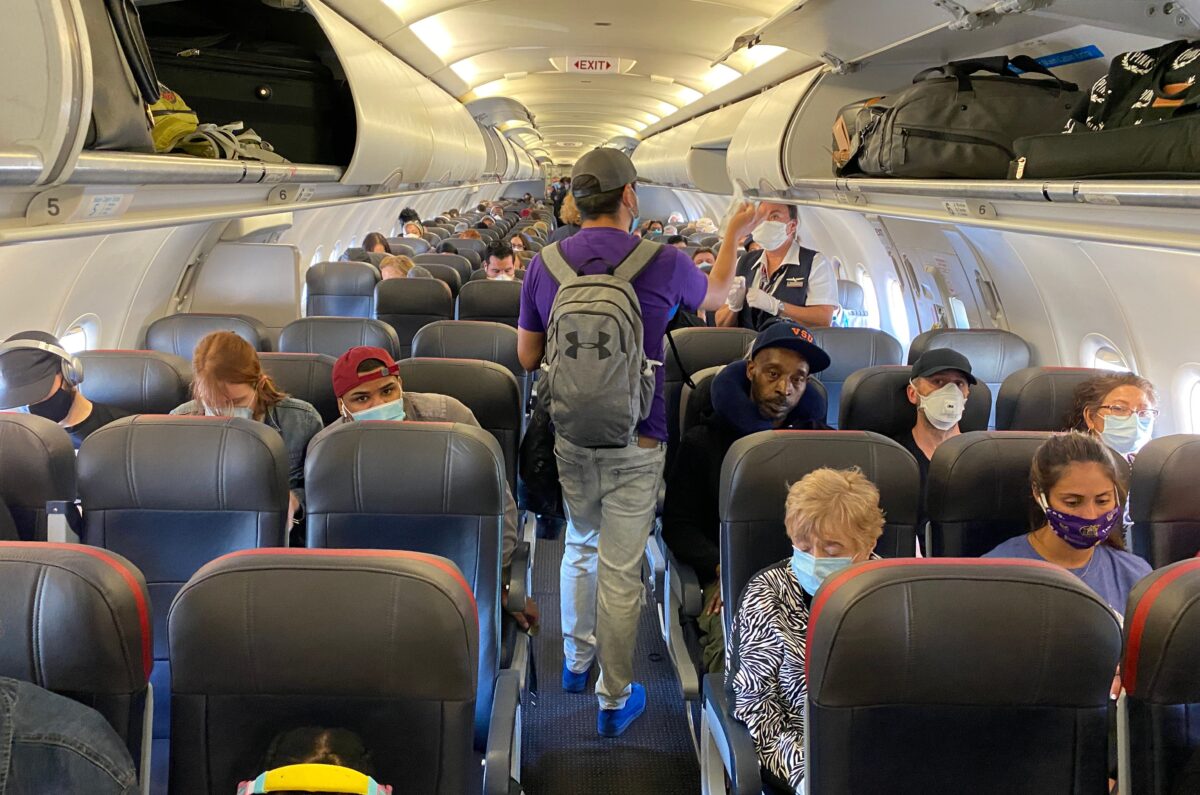 The Federal Aviation Administration (FAA) announced on Friday that it had proposed its “largest-ever fines” against two passengers over alleged disorderly conduct on airliners.

The two separate fines, of each $ 81,950 and $ 77,272 respectively, are part of the approximately $ 2 million fines the FAA has proposed since January, the US aviation agency said in an April 8 press release.

In one of the cases, a passenger aboard an American Airlines flight last summer allegedly struck a flight attendant on the head, tried to open a cabin door, and headbutted, spit at, and tried to kick crew members and passengers even after she was placed in flexible handcuffs.

“Two flight attendants tried to restrain the passenger, but she repeatedly hit one of the flight attendants on the head,” the FAA alleges in the release. The agency is seeking a civil penalty of $ 81,950 against the woman.

The civil penalty of $ 77,272 involves a female passenger aboard a Delta Air Lines flight on July 16, 2021. The FAA has accused the woman of trying to open a cabin door during a flight and biting another passenger repeatedly before she was restrained by crew members.

Both women are unidentified and have 30 days to respond to the accusations. The FAA does not identify passengers against whom it proposes civil penalties.

“If you’re on an airplane, do not be a jerk and do not endanger the flight crews and fellow passengers. If you do, you will be fined by the FAA, ”US Secretary of Transportation Pete Buttigieg told THE VIEW when announcing the civil penalties.

Airlines have reported a high number of incidents since early 2021 — more than 1,000 this year alone — with most of them involving passengers who refuse to wear face masks.

Since the start of 2021, the FAA has investigated reports of 6,800 unruly airplane passengers including about 4,800 for not wearing masks. It has opened 450 investigations and proposed more than $ 5 million in fines, the Transportation Security Administration said in a March report (pdf).

Most fines came from onboard aircraft incidents, where 788 individuals were fined for a total of $ 501,388, averaging $ 636. The highest average came from airport checkpoint fines, where 18 people received a civil penalty, totaling $ 57,065, averaging $ 3,170.

Other fines include surface transportation incidents, where 44 individuals were fined for a total of $ 28,150, while 72 other individuals at airports premises received fines totaling $ 57,795.

The FAA said its zero-tolerance policy, which was announced in January 2021, has decreased the rate of unruly passenger incidents by nearly 60 percent.