EXCLUSIVE US warns India, others against sharp rise in Russian oil imports -official 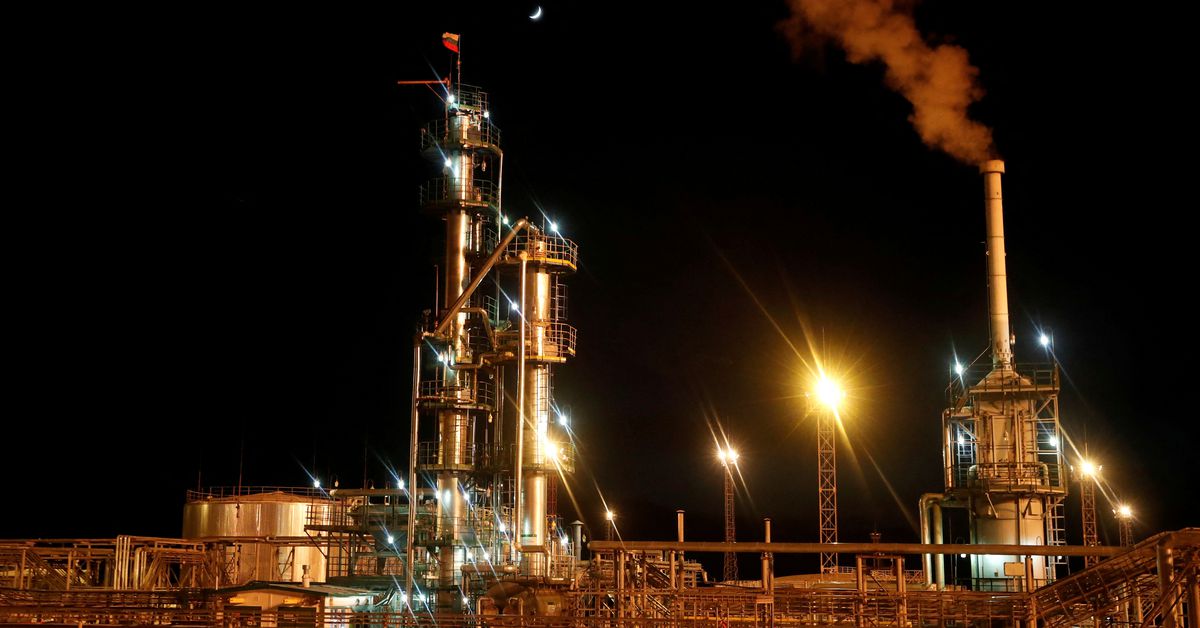 NEW DELHI, March 31 (Reuters) – A significant increase in Russian oil imports by India could expose New Delhi to a “great risk” as the United States prepares to step up enforcement of sanctions against Moscow for its invasion of Ukraine, a senior US administration official said.

While the current US sanctions against Russia do not prevent other countries from buying Russian oil, the warning raises expectations that Washington will attempt to restrict other countries’ purchases to normal levels.

The US official’s comment comes ahead of Russian Foreign Minister Sergei Lavrov’s two-day visit to New Delhi and during the ongoing visit of US deputy national security adviser for economics Dalip Singh. read more

Refiners in India, the world’s third biggest oil importer and consumer, have been snapping up Russian oil through spot tenders since the war broke out on Feb. 24, taking advantage of deep discounts as other buyers back away. India has purchased at least 13 million barrels of Russian oil since Feb. 24, compared with nearly 16 million barrels in all of 2021.

“US has no objection to India buying Russian oil provided it buys it at discount, without significantly increasing from previous years,” said the source who spoke on condition of anonymity. “Some increase is allowed,” said the source, who did not offer more detail.

The State Department is aware of talks between Russia and India concerning the purchase of oil, a spokesperson said. “We continue to engage our partners in India and around the world on the importance of a strong collective action, including strong sanctions, to press the Kremlin to end its devastating war of choice against Ukraine as soon as possible,” the spokesperson said.

The Biden administration is coordinating with India and European countries to mitigate the impact of Russia’s invasion of Ukraine on energy markets, while encouraging steps to reduce dependence on Russian energy, the spokesperson said.

The US Treasury Department declined comment and the White House’s National Security Council did not immediately respond to requests for comment.

US sanctions are reducing the ability of Russia, which normally produces about 1 in every 10 barrels of global oil, to get crude to market. The Paris-based International Energy Agency has estimated that sanctions and buyer reluctance could remove 3 million barrels per day from global markets of Russian crude and refined products from April. read more

The source said Washington has no problems if India settles trade with Russia in rupees or continues to pay in dollars, provided the transaction are sanctions-compliant and with permitted entities.

India is devising a mechanism to settle trade with Russia, including through payment in rupees.

“As long as they are compliant with sanctions and not significantly raising purchases, we are okay,” the source said.

Russia is facing an onslaught of international sanctions led by Western countries aiming at isolating it from the global economy, including shutting it out of the SWIFT global bank messaging system and restricting dealings by its central bank.[readmore[readmore

The White House has slapped sanctions against Russian entities and individuals among others, crippling Moscow’s economy.

The Biden administration has also banned US imports of Russian energy, including oil. But it has so far not targeted Russia’s oil and gas exports to other countries, as the administration weighs the impacts on global oil markets and US motor fuel prices.

New Delhi has called for an immediate ceasefire in Ukraine but has refused to explicitly condemn Moscow’s actions. It has abstained from voting on multiple UN resolutions on the war.

US President Joe Biden said this month India was “somewhat shaky” in acting against Russia.

The US official said India should use the mechanisms created by the United States that exempt energy transactions, and import oil from the ‘permitted entities’.

“We, over the next several days and weeks, are going to be stepping up enforcement of sanctions. We are telling everybody, everywhere around the world to ensure you are compliant with sanctions … this is the message to everyone”.

The US sanctions have been granted a waiver till June 24 for settling energy trade with the Central Bank of Russia.