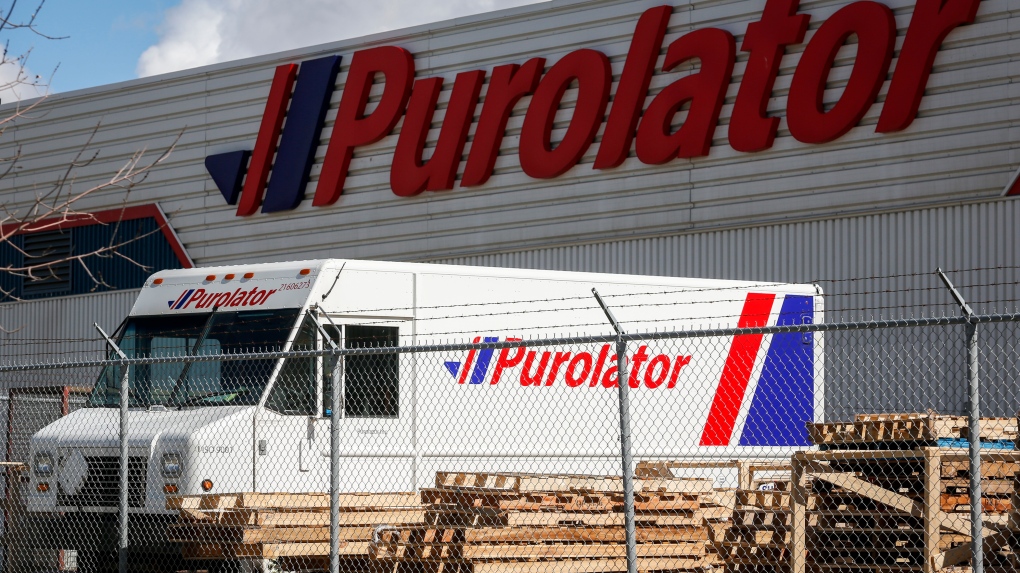 Employees of the Purolator courier company are preparing to sue their employer over its mandatory COVID-19 vaccination policy, after a cease and desist letter was dismissed by the company.

A group of hundreds of unionized and non-unionized employees will be seeking hundreds of millions of dollars in punitive damages from Purolator, says a May 6 statement from the prospective plaintiffs obtained by The Epoch Times.

Purolator’s vaccination policy required employees to be fully vaccinated by Nov. 1 and technically offers medical and conscience exemptions, but the group of employees alleges all accommodation requests have been denied so far.

Non-compliant employees were placed on unpaid leave on Jan. 10 after a grace period where testing could be used as an alternative, which led to some taking early retirements or finding work elsewhere, the statement says.

“The damage and disruption of life have been catastrophic for thousands,” says the May 6 statement, noting some employees had to refinance their homes or use their life savings to survive.

“Employees worked long hours to supply the medical community and the needs of customers to ensure the supply chain did not collapse. They did all this while braving the pandemic. These courageous employees are now without earning doing a job they loved. ”

The cease and desist letter sent to Purolator by lawyer Leighton Gray of Grew Wowk Spencer LLP on April 25 argues that the current vaccines are experimental with no long-term safety data, are known to cause side effects such as heart inflammation and blood clots, and do not stop the spread of the virus.

It notes, for example, that the government of Ontario stopped recommending the Moderna vaccine for young men due to the associated risks of myocarditis and pericarditis, and the AstraZeneca vaccine is now not being widely offered due to risks of thrombosis.

“The allegation that only the unvaccinated spread COVID-19 is patently false and untrue, and yet you are continuing to impose these divisive, misleading and unethical vaccine mandates,” wrote Gray.

A copy of Purolator’s purported response was provided to The Epoch Times by the prospective plaintiffs.

“The claims in your letter are factually inaccurate and have no legal merit,” wrote Purolator counsel Simon-Pierre Paquette in a letter dated April 26, adding that the company will not change its policy.

“Purolator takes the health and safety of its employees extremely seriously, and its COVID-19 Safer Workplaces Policy was implemented in compliance with all applicable legislation.”

Purolator was contacted for comment but did not respond by publication time.

A copy of the company’s “COVID-19 Safer Workplaces Policy” with an Oct. 13, 2021 issue date was obtained by The Epoch Times.

It states that the policy is “Consistent with current medical guidance and the Federal Government’s recently announced direction.”

Purolator is a private company but falls under the list of federally regulated industries and workplaces as a postal and courier service. Other courier companies like UPS and FedEx do not appear to have a mandatory vaccination policy.

Both were contacted to learn about their stance on mandatory vaccination but neither replied before deadline.

Crown corporation Canada Post has a mandatory vaccination policy and it owns a 91 percent stake in Purolator.

“Vaccination has been shown to be highly effective in reducing COVID-19 virus transmission and protecting individuals from severe consequences of COVID-19 and variants, including the Delta variant currently circulating in Canada,” says the October 2021 Purolator policy.

The Delta variant has now all but disappeared in Canada. The Omicron variant took over in early winter and its sub-lineage BA.2 accounted for over 90 percent of samples analyzed by Public Health Ontario in April, according to its letter released on May 6.

Chief public health officer Dr Theresa Tam has strongly recommended vaccination against COVID-19 to prevent severe illness and death but has said two doses offer little protection against infection from Omicron, and boosters work against transmission for only a certain period of time. Recent Ontario and Quebec data suggest individuals who received a booster dose are now catching COVID-19 at two to three times the rate of the unvaccinated.

Blacklock’s reported on May 9 that a tenth of the 281,210 federal public servants has contracted COVID-19. The vaccination rate for that workforce is 99 per cent.

Gray, the lawyer representing the employees, told The Epoch Times he expects to file the lawsuit against Purolator before June and is pursuing similar actions against railway companies Canadian National and Canadian Pacific, as well as oil and gas company Canadian Natural Resources Ltd (CNRL).

CNRL was reportedly the only oil and gas operator in Alberta’s oilsands that imposed vaccination on staff but dropped its mandate in April, according to Fort McMurray Today.