Elden Ring: 10 Bits Of Weird Lore You Might Have Missed 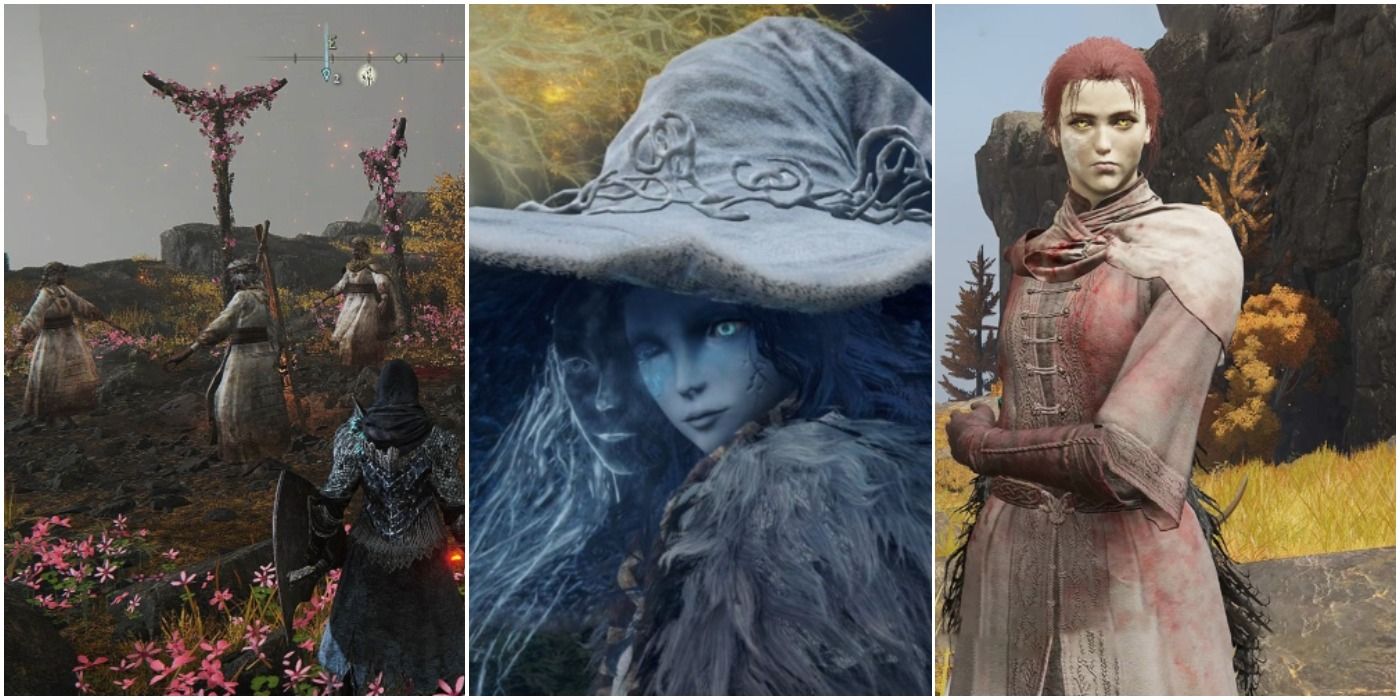 A major thumbprint of the works of director Hidetaka Miyazaki is that the lore in his games is rarely straightforward. Players can battle their way through the entire game without quite understanding what is going on, and even those who do understand the game’s plot may grapple with the obscure and confusing background, characters, and areas.

The newest FromSoftware game, Elden Ring, follows suit, but its lore is very much there. As a game written by Miyazaki and by fantasy writer George RR Martin – both known for their unusual ideas – some of the game’s story is surprising, revelatory, or flat-out strange, and all of it is easy to miss.

As with many real-world mythologies, the gods and demigods of Elden Ring‘s pantheon form a tangled web of family connections. Much of the game focuses on the children and step-children of Queen Marika the Eternal and Radagon of the Golden Order, but there are more distant relations mentioned.

One of these is Millicent, a girl the player can meet in Caelid. At the urging of her adoptive father, the player can meet Millicent several times in the Lands Between, each time providing her aid. With red hair, one arm, and stiffen with the Scarlet Rot, Millicent is a dead ringer for the demigod Malenia – and is later explicitly confirmed to be her descendant. Whether she is a biologically linked daughter or something more unconventional involving the influence of the Scarlet Rot is never explained.

9 Gideon And Seluvis Used To Be Friends

Gideon Ofnir the All-Knowing and Preceptor Seluvis are just two of the NPCs the player can meet in the Lands Between. Gideon is an initially-helpful Tarnished in Roundtable Hold, working to have one of his kind crowned Elden Lord, whilst Seluvis is a rude and dismissive mage working with Ranni on her plan to usurp the Two Fingers.

Both of them prove to be more sinister than they initially seem, and they both know each other. When Seluvis attempts to recruit the player to help him sexually assault Nepheli Loux, Gideon can intervene and murder Seluvis. The backstory given in item descriptions suggests they were once friends until Seluvis turned one of Gideon’s loved ones into a helpless doll.

The Black Knife Assassins are a recurring series of boss enemies who also have a major presence in the lore. It is they who killed Godwyn the Golden and began the Shattering, the conflict that saw the demigods rip apart the Lands Between in their desire to attain as much power as possible.

In a twist, however, the player can learn through item descriptions that the Black Knife Assassins answer to Marika, and potentially the Two Fingers as well. As such, it is entirely possible that Marika ordered the death of her son in accordance with whatever plan she has.

One of the creepier areas in Elden Ring is Dominula, the Windmill Village in the Altus Plateau. When the player arrives, the women who live there are holding a festival reminiscent of real-world pagan rituals, dancing around flower wreaths and wooden structures.

At the very top of the village is a Godskin Noble, one of the sinister recurring villains who wear the skins of deities. The village as a whole has a motif of flying – with a spirit outside begging to keep his skin – and it is when fighting this noble that the player obtains the ‘Godskin Peeler’. As such, it seems that this village is where the grim work is done.

6 Maliketh Is The Beast Clergyman, Gurranq

Gurranq, the Beast Clergyman is a character that players can meet very close to the beginning of the game, owing to an early teleport trap. He is a mostly-peaceful clergyman who demands Deathroot to eat and can teach the player several unique Incantations to benefit Strength builds.

Maliketh the Black Blade is a far more obscure and late-game character: Marika’s shadow whom she hid the Rune of Death on, and a mandatory boss fight in Crumbling Farum Azula. However, the two are actually the same character, as shown by their identical appearances and the fact that Maliketh has unique dialogue if Gurranq’s questline has been completed.

One of the major initial debates about the game’s lore came as early as the opening cutscene. Totally, a hidden figure can be seen hammering at what is heavily indicated to be the titular Elden Ring, as its shattering is described.

Due to the hidden nature of the figure, fans debated their identity and even their gender – swearing some shots showed a masculine outline and some a feminine. With revelations later in the game, both seem true. The scene showed both Marika shattering the Ring and Radagon attempting to reforge it.

Melina and Ranni are two of the more significant characters in the game, mysterious women who form part of the Tarnished’s questline. Melina offers to serve as the Tarnished’s Maiden and ultimately sacrifices herself to let them reach the Erdtree, whilst Ranni tries to recruit the Tarnished to help in her plan to overthrow the Golden Order.

RELATED: 8 Lessons The Open-World Genre Could Learn From Elden Ring

Although they never directly interact, they seem to share a connection of some sort. They have identical markings on their faces – each on a different side – and have the corresponding eye perpetually shut. In addition, although Melina is the master of Torrent, your horse, Ranni knows him and fondness for him, suggesting that they’ve met.

3 Gowry Is A Kindred Of Rot

Kindred of Rot are unsettling, insectoid creatures that worship the Scarlet Rot infecting Caelid, and attempt to spread its influence over the world. Gowry is a seemingly-kindly man met in Caelid, the foster father of Millicent who urges the Tarnished to protect her and help her manage her Scarlet Rot infection.

Continuing Millicent’s questline reveals Gowry to have sinister intentions, but the player can learn this sooner. Killing Gowry has his voice taunt the player as his corpse becomes a Kindred of Rot, and he will reapear every time, simply pointing out that there are more pests in Caelid he can inhabit than the player has time to kill.

2 Marika Appears To Be Being Punished

Much of the game is spent trying to get the Tarnished into the Erdtree, where it is said Queen Marika the Eternal resides. Once the player does, they get their first glimpse at the goddess of the Lands Between, and she is in a sorry state.

The Gloam-Eyed Queen and Destined Death are two lore concepts that receive scant mentions and have sparked many fan theories. Destined Death appears to be another name for the Rune of Death, and also the concept that even gods must eventually die. The Godskin Nobles and Apostles appear to have some connection to it.

In addition, the Gloam-Eyed Queen is a mythological figure, said to be the leader of the sinister Godskins, whose identity is unknown. In one particular ending – the Lord of Frenzied Flame ending – Melina opens both eyes to reveal her closed one is a dark color and promises to bring Destined Death to the Lord, instantly causing fans to connect her to both of these things.

Isaac Williams is a movie-goer, TV watcher, journalist, blogger, gamer, comic book-fan, and roleplayer. He’s been a bartender and a waiter, and now he writes lists for CBR. He focuses on TV shows and movies. In his free time, Isaac can be found gaming, reading, playing D&D, walking Birmingham’s lengthy canals, and catching up on movies.