DOJ Election Threat Taskforce Appears to Have ‘Something to Hide’: Watchdog Group President 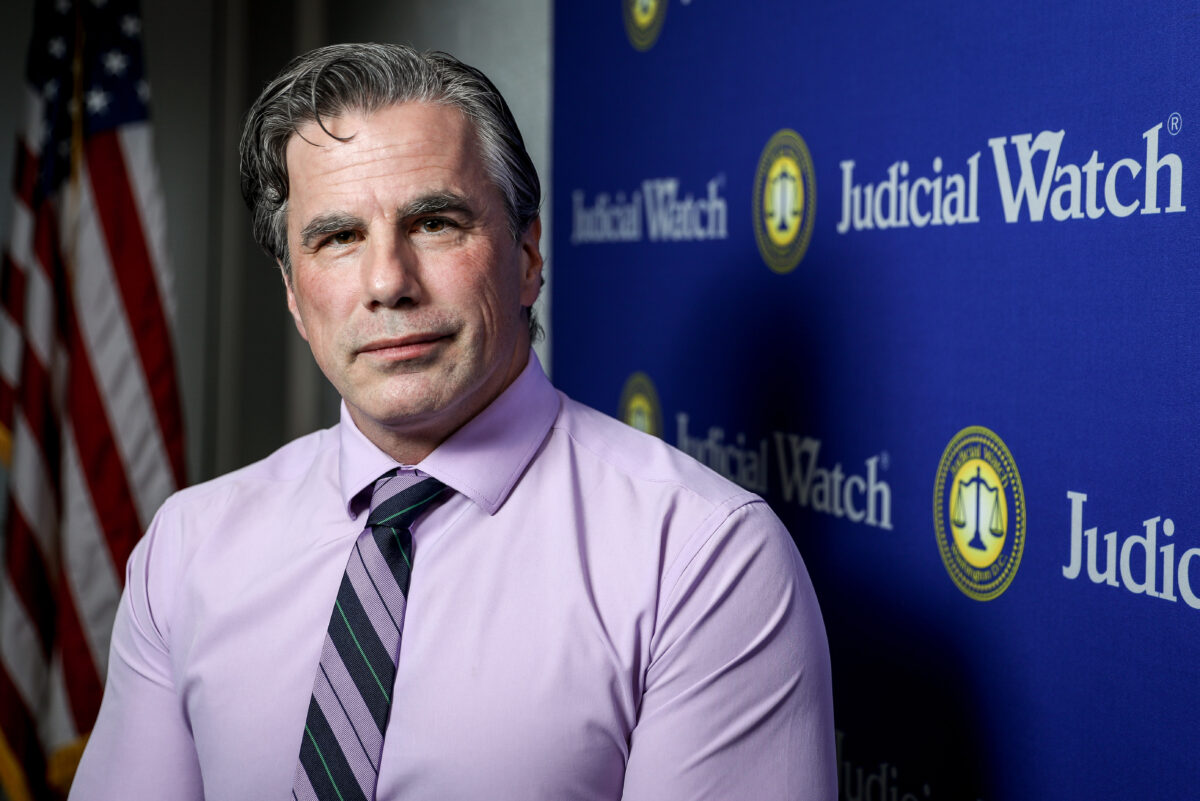 Judicial Watch President Tom Fitton said the US Justice Department (DOJ) is being weaponized against opposing voices. Fitton’s group filed a lawsuit against the DOJ recently to get documents connected to the department’s election threat task force, after almost a year of no response to their Freedom of Information Act (FOIA) request. Fitton thinks the DOJ has something they do not want the public to know.

“We want answers about it. And of course, when you do not give us answers, and you do not comply with the law that requires that records be turned over, it suggests to me that you got something to hide, ”Fitton told the host of EpochTV’s Facts Matter, ”Roman Balmakov, during a recent interview. “So, what are they nervous about, that they do not want to give to us?”

“You know, I think we had asked for this material last year initially, and we still do not have anything,” he said. Judicial Watch filed the lawsuit at the end of March for a FOIA request they submitted in August 2021 for all records related to the August virtual task force meeting.

According to Judicial Watch, the group is “a conservative, non-partisan educational foundation, which promotes transparency, accountability, and integrity in government, politics, and the law.”

The DOJ has charged two people in connection with election threats since the launch of the task force.

“So not only do you have the DOJ involved, you get the FBI, you’ve got I think their national security operation involved as well, and the Department of Homeland Security. And you know, I read it as, ‘Do not you dare ask questions about the way elections are being conducted, otherwise, you’ll be on our government radar.’ ”

Fitton believes that these efforts by the DOJ violate the public’s constitutional rights and target political opposition, and work more to intimidate people.

“So, what they do is they pretend that their political opponents are to be treated as national security threats, potential terrorists, lawbreakers, and then follow up with an intimidation effort that suggests law enforcement will be watching you if you talk on these specific topics . ”

The DOJ declined to comment on the lawsuit and why they had not released the documents to Judicial Watch.

“Well, frankly, most federal agencies are irredeemably corrupt, and they need to be really reformed in dramatic ways, if not dismantled, depending on the agency entirely,” said Fitton.

When it comes to bad public policy and misconduct, the Justice Department is at the center of the storm, he said.

“They defend the indefensible,” said Fitton. “So, everything you do not like, if the federal government is breaking the law, and you think that’s going on and there’s abuse, usually, there’s a Justice Department attorney or agency that’s more than willing to defend that and is pushing it or protecting them from accountability by pretending that records about government misconduct are secret and can not be turned over. ”

Fitton said the DOJ is too big and has too much money. “You’ve got this basic waste, fraud, and abuse issue, in addition to the politicization because no one’s watching the store. We need the watch the watchers. ”

Roman Balmakov is a Reporter with The Epoch Times and host of the show, “Facts Matter.” He has traveled around the country (as well as overseas) covering protests, riots, and elections. He is also the producer of many Epoch Times’ commercials, both on TV and social media.