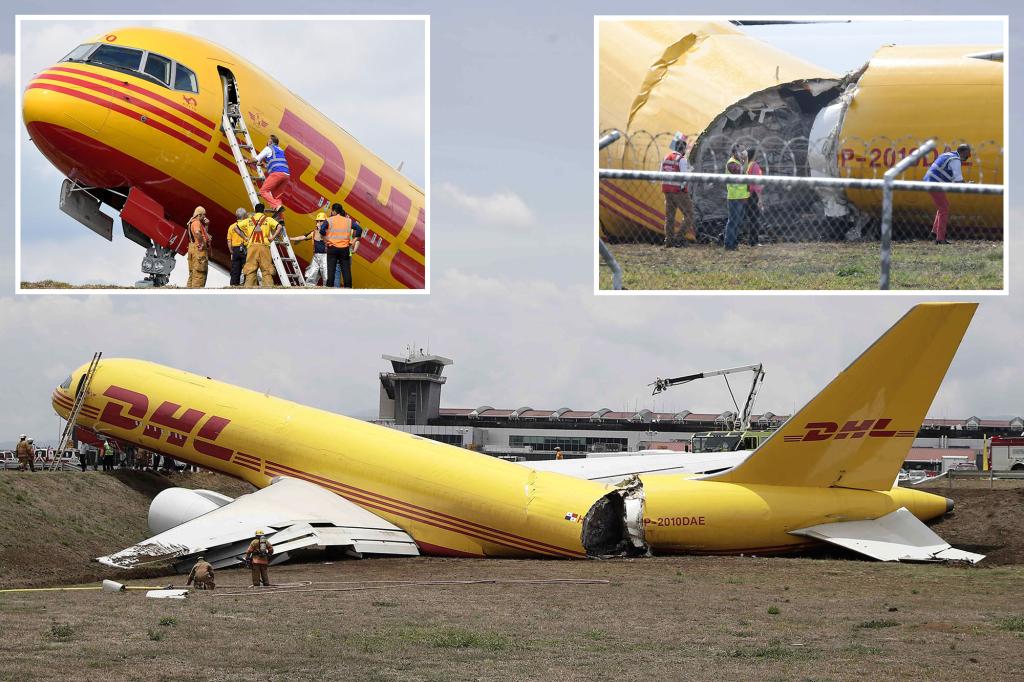 Dramatic video captured the moment a DHL cargo plane skidded off a runway and broke in two, sending smoke billowing from the wreckage, after making an emergency landing in Costa Rica this week.

The Boeing 757-200 took off from Juan Santamaria International Airport in the capital of San Jose for a flight to Guatemala about 10 am Thursday when the pilots declared an emergency due to hydraulic failure.

They crew requested to return to the airport and was cleared to land on a runway there. The air traffic controller advised the pilots that emergency vehicles were on standby.

But after touchdown, the yellow aircraft was caught on video veering to the right, spinning around and losing its landing gear as smoke spews from the fuselage, which broke in two.

“We are pleased to report that the crew was physically unharmed in the incident. One crew member underwent medical checks as a precaution,” DHL told aviationsourcenews.com.

About 8,500 passengers and 57 commercial and cargo flights were affected by the closure, according to Aeris.

DHL and airport authorities said they were working together to move the wreckage, which was not affecting operations.

“DHL’s incident response team has been activated and an investigation will be conducted with the relevant authorities to determine what happened,” DHL said.