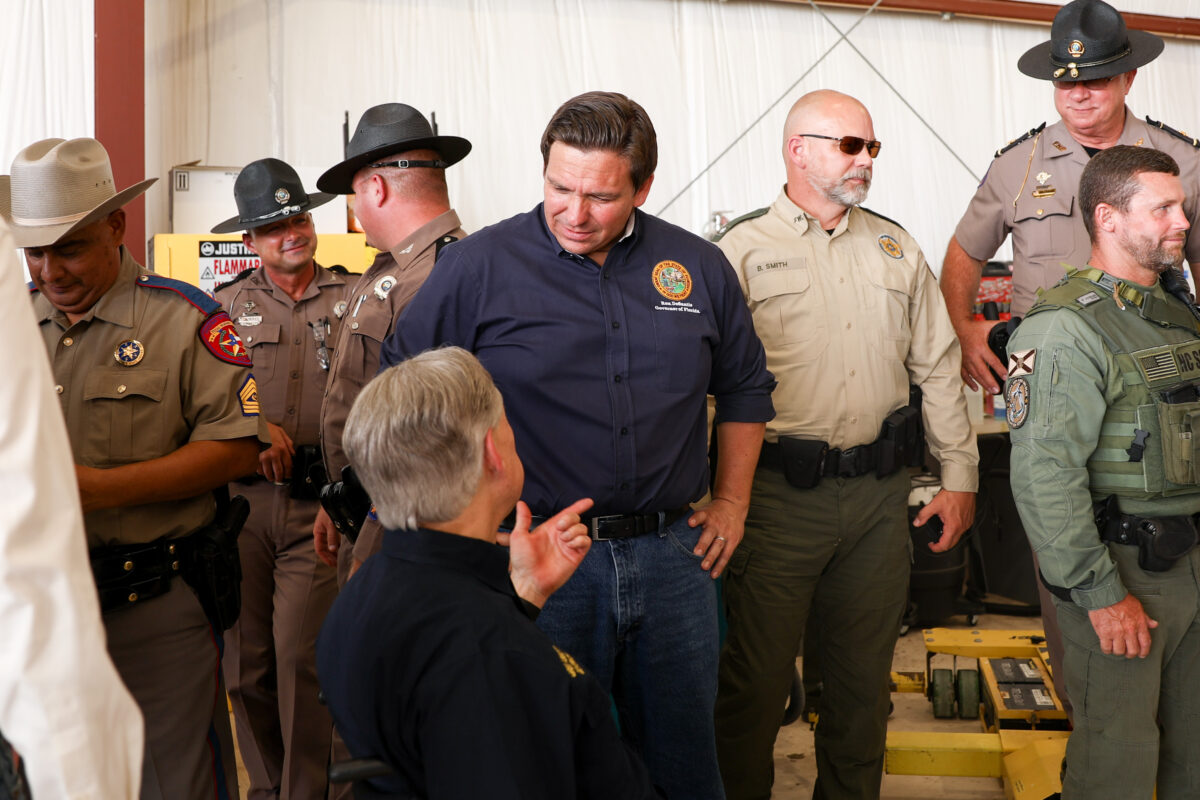 PUNTA GORDA, Fla. – Gov. Ron DeSantis signed a bill on June 23 that would prohibit state agencies and local governments in Florida from starting, continuing, or renewing contracts with companies that knowingly transport illegal aliens into the state.

“Floridians’ tax dollars should not go to corporations that facilitate the international human smuggling operation encouraged by the Biden administration,” DeSantis said in a written released statement. He was proud to sign the bill, he said, to “protect the state from the effects of Biden’s Border Crisis.”

The governor has long advocated for changes to border policies that were created under the Biden administration and has directed the office of Florida’s Attorney General Ashley Moody to increase their efforts in addressing immigration issues and policies in the state as well as assisting states along the US southern border with security needs.

Moody recently filed lawsuits against the federal government over the “border crisis,” and last year, at the request of Texas and Arizona governors, DeSantis sent 50 members of the Florida Department of Law Enforcement (FDLE), Florida Highway Patrol (FHP), Florida Fish and Wildlife Conservation Commission (FWC) to assist them with border enforcement.

Under the new law — effective Oct. 1, 2022 — Florida law enforcement agencies operating a county detention facility would be required to enter into an agreement with Immigration Customs Enforcement (ICE). In other words, they would agree to have “specific officers” within a local agency handle immigration enforcement along with ICE.

The bill revises Florida’s “sanctuary policy” and enhances the requirements to work with ICE. The new bill as written, “common carrier” companies would be required to disclose to state agents if they transport undocumented immigrants or “unauthorized aliens.”

The bill specifically states that any state agency, corrections facility or department or law enforcement entity would be prohibited from entering into contracts with carriers who “willfully provide” any service to take an “unauthorized alien” into the state, except to put them in detention , removal or departure processes.

However, the bill does not identify a method to ascertain if the service to transport is provided knowingly or willfully by a company. The bill’s language does not include the requirements for a company to check legal immigration statuses before transporting individuals. It does require companies that work with the state’s government to provide “an attestation” saying they have not knowingly or willfully provided services to transport someone whom they know to be an unauthorized alien, except to bring them to a detention facility, remove them from the state or help them leave US soil. If a company violates the law or its attestation, their contract or agreement can be terminated.

Jannis Falkenstern is an Epoch Times reporter who covers the state of Florida.