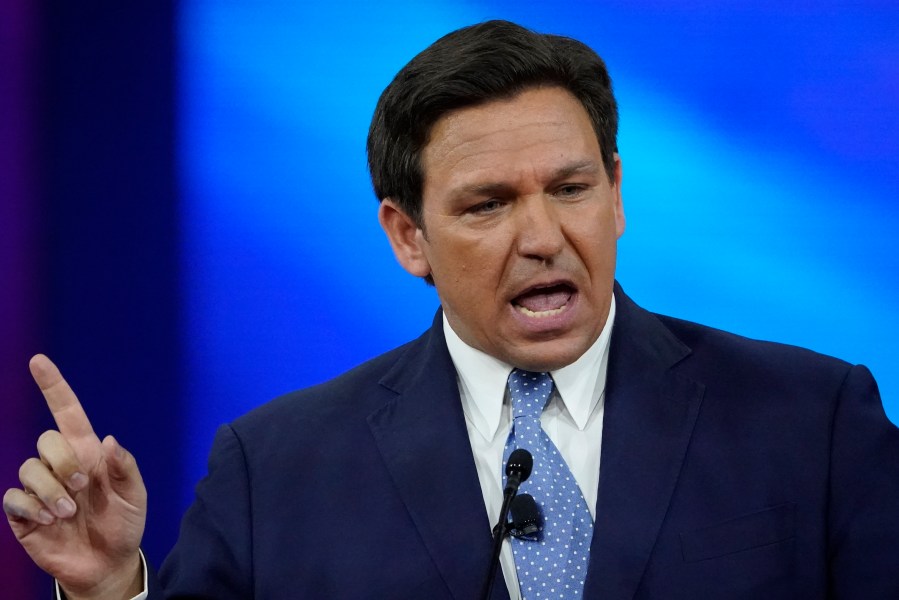 (The Hill) — Florida Gov. Ron DeSantis (R) said The Walt Disney Company “crossed the line” with its criticism of the state’s “Don’t Say Gay” bill, which he recently signed into law.

At a news conference on TuesdayDeSantis shared his displeasure over Disney’s statement on the legislation he signed a day earlier, saying his state is not run by “California corporate executives.”

“For Disney to come out and put a statement and say that the bill should have never passed and that they are going to actively work to repel it, I think, one, was fundamentally dishonest, but, two, I think that crossed the line , DeSantis said.

“This state is governed by the interests of the people of the state of Florida. It is not based on the demands of California corporate executives,” DeSantis added. “They do not run this state. They do not control this state.”

DeSantis also noted in his news conference that Florida state House Speaker Chris Sprowls (R) told him that Disney never called the state to share its displeasure with the then-proposed legislation.

“They didn’t seem to have a problem with it when it was going through. This was such an affront. Why weren’t they speaking up at the outlet?” DeSantis said. “And then for them to say they’re going to actively work to repeal substantive protections for parents as a company that is supposedly marketing its services to parents with young children — I think they crossed the line.”

The “Don’t Say Gay” bill is set to go into effect on July 1 and will prohibit primary school teachers from classroom instruction related to sexual orientation and gender identity, while educators of all grade levels will be prohibited from instruction on those topics that are not “age appropriate or developmentally appropriate” for their students.

In a statement on Monday, Disney pledged to join efforts to repeal the bill after it faced criticism from many for initially remaining silent on the legislation.

“Florida’s HB 1557, also known as the ‘Don’t Say Gay’ bill, should never have passed and should never have been signed into law. Our goal as a company is for this law to be repealed by the legislature or struck down in the courts, and we remain committed to supporting the national and state organizations working to achieve that,” the company said.

“We are dedicated to standing up for the rights and safety of LGBTQ+ members of the Disney family, as well as the LGBTQ+ community in Florida and across the country,” it added.

Disney CEO Bob Chapek previously issued an apology for not initially speaking out against the legislation amid criticism from the company’s rank and file.

“It is clear that this is not just an issue about a bill in Florida, but instead yet another challenge to basic human rights. You needed me to be a stronger ally in the fight for equal rights and I let you down,” Chapek said earlier this month in a message to employees. “I am sorry.”