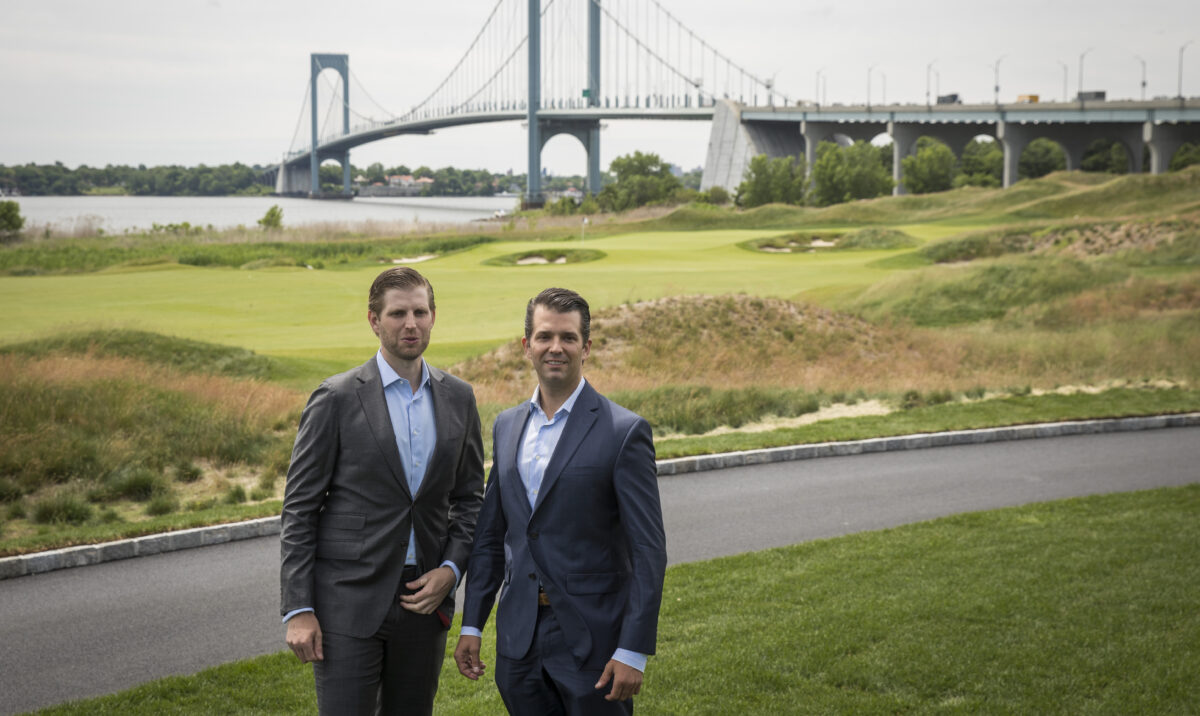 The de Blasio administration notified Trump Organization on Jan. 15, 2021, that they were terminating the company’s license for a golf course in Throgs Neck of the Bronx borough.

The city initially claimed that the Jan. 6 event at the Capitol was the reason behind this decision. But Blasio officials changed course and stated that the city was canceling the contract because the Trump Organization was incapable of attracting professional tournament quality events to the Ferry Points golf course.

The city cited the decision of the Professional Golfers’ Association (PGA) to support its decision.

“The PGA’s decision to cancel the 2022 PGA Championship at a Trump-branded golf course demonstrates that a key purpose of the License Agreement has been undermined,” the city argued. “We believe it is clear that neither the PGA nor any similar tournament event organizer will wish to associate its event with the Licensed Premises as long as it is associated with the Trump brand.”

Some protesters, most of them supporters of President Donald Trump, stormed the Capitol on Jan. 6, 2021.

The PGA announced afterwards that they would pull the 2022 championship from Trump’s Bedminster Golf Club in New Jersey.

However, as the contract between the city and the Trump Organization did not specifically mention the duty of hosting PGA-style events, the city claimed the text of the contract is ambiguous.

Judge Debra James rejected the city’s interpretation and said there’s no ambiguity in the contract.

“Here, the court agrees with petitioner that there is no ambiguity in the obligation in the Agreement that petitioner is required to ‘operate a first-class, tournament quality daily fee golf course,'” she wrote in the ruling.

“Although respondents argue that this phrase is ambiguous when read in the context of the Agreement as a whole, it is not capable of multiple interpretations,” she added.

The judge went further to say that the Blasio officials were using “extrinsic evidence” to interpret the Trump Organization’s obligation under the agreement and to support the city’s decision.

“The court shall therefore vacate the respondents’ determination and remand the matter for further proceedings in accordance with this decision,” she concluded.

“Anyone holding a City concession is held to a high standard. We are disappointed in the Court’s decision, and we are reviewing our legal options, ”a spokesperson from the department stated.

De Blasio defended the decision to cancel the contract in an apparent response to the ruling.

“New York City did the right thing by canceling his contract and the City will win this case in the end,” he wrote in a Twitter post.

The Trump Organization did not immediately respond to a request for comment from The Epoch Times.

“Total victory at Trump Ferry Point! Bill de Blasio is a disgrace to New York and his challenge to our contract was nothing more than political theater (that cost NY tremendous money and time), ”he wrote in a Twitter post. “Our team is proud to continue to operate the greatest Golf Course in New York.”

Allen Zhong is a long-time writer and reporter for The Epoch Times. He joined the Epoch Media Group in 2012. His main focus is on US politics.