Could Putin get what he wants in Ukraine despite his military mess? 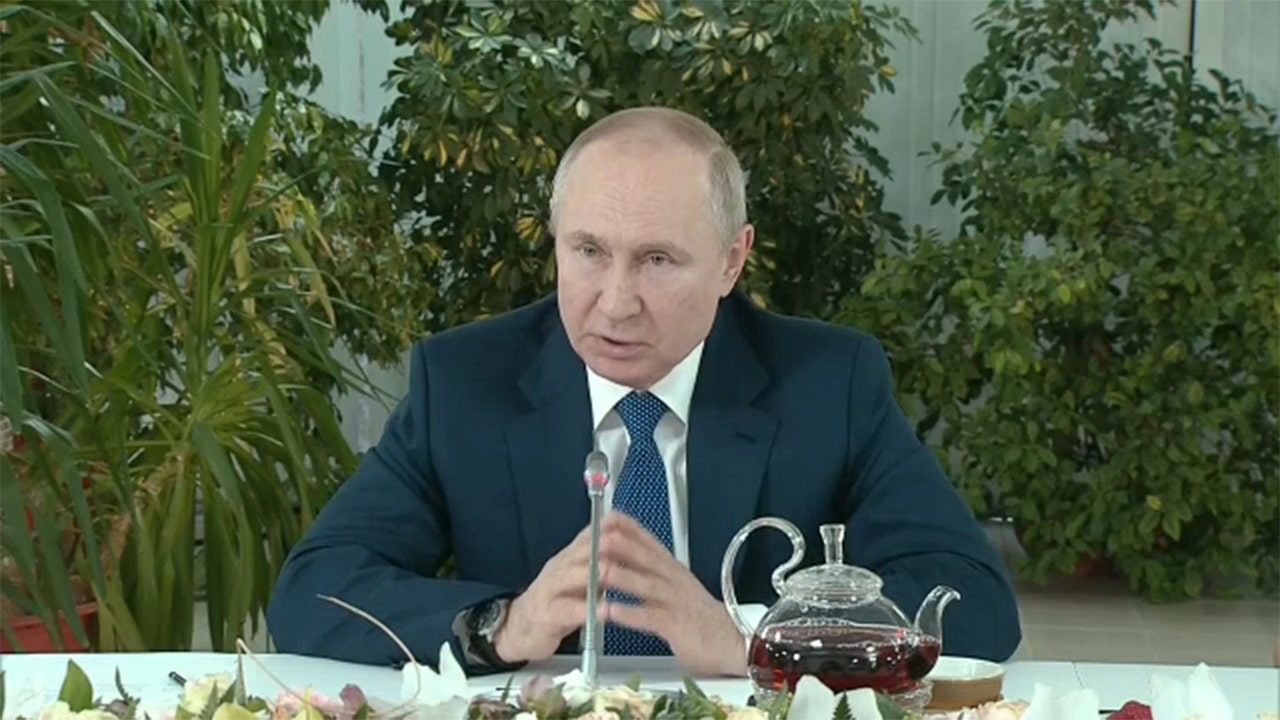 While the civilized world is revolted by Vladimir Putin’s atrocities in Ukraine, one person is focused on a very different matter.

Donald Trump says he wants Putin to dump dirt on Joe Biden and his family.

At a time when Putin’s forces are bombing hospitals and civilian neighborhoods and refusing to let refugees escape cities facing starvation, the former president wants him to provide oppo on a political rival–in a move stunningly reminiscent of his demand that Volodymyr Zelenskyy release negative information on Biden as a condition of getting US military aid.

In an interview with journalist John Solomon, Trump raised the unproven claim that a Russian oligarch, the wife of the former Moscow mayor, gave $3.5 million to a business that Hunter Biden helped found. He called on Putin to release the information:

“I think Putin now would be willing to probably give that answer. I’m sure he knows.”

AMERICAN SLAPFEST: HOW WILL SMITH REFLECTS A SMACKDOWN CULTURE

Trump, who also asked Moscow to find Hillary Clinton’s deleted emails (“Russia, if you’re listening”), just confirmed his detractors’ complaint that he cares mainly about his own political prospects, in this case rather than ripping the “genius” who is committing war crimes.

Figuring out Putin is a much broader challenge. The conventional wisdom is that he’s become unhinged by his burning desire to rebuild the Soviet empire, isn’t listening to his own advisers, and massively miscalculated that his military could quickly conquer Ukraine.

His military’s performance has been abysmal, with heavy casualties, strategic blunders and outdated equipment, and morale is so low that at least in one instance soldiers used a tank to run over a commander and kill him.

With the ground assault stalled, that has forced Putin to rely on long-range missiles to inflict enough pain on Ukrainians that they might surrender on favorable terms.

But what if Putin is crazy like a fox?

In his New York Times column, Bret Stephens floats a theory that Putin may have plotted this precise scenario and the West may be playing into his hands:

“Suppose for a moment that Putin never intended to conquer all of Ukraine: that, from the beginning, his real targets were the energy riches of Ukraine’s east, which contain Europe’s second-largest known reserves of natural gas.”

Combine that with Putin having seized Crimea’s offshore energy fields and the gas reserves in the eastern provinces, “and the shape of Putin’s ambitions become [sic] clear. He’s less interested in reuniting the Russian-speaking world than he is in securing Russia’s energy dominance.”

Maybe that wasn’t the original goal. Maybe it’s a Plan B. But it does make you think about Putin’s horrifying conduct in a different way. The media has concluded that the invasion has been a disaster for the former KGB agent; it certainly has been for his country. But if he achieves these goals–and the US and NATO drop the sanctions after a peace deal–that’s at least a partial Putin victory.

In The Atlantic, Eliot Cohen, a Bush-era State Department counselor, says the West should promise only limited sanctions relief for the Kremlin. “For Western powers to accept, let alone advocate for, anything less than what Ukrainians are willing to accept is unthinkable, even by way of an interim settlement.”

SUBSCRIBE TO HOWIE’S MEDIA BUZZMETER PODCAST, A RIFF ON THE DAY’S HOTTEST STORIES

One thing we know for sure is that Putin tells outrageous lies every day, starting with declaring the invasion a peacekeeping mission. In recent days, Moscow has signaled that it would stop its assault on such cities as Kyiv and concentrate on the eastern region. So, of course, Russia continued the aerial bombardment of the cities and isn’t allowing safe passage to refugees from such places as Mariupol. That makes the earlier pronunciation–indeed, the latest round of “peace” talks –a sham to buy time to reposition his forces.

Maybe it even buys Putin enough time to tick off Joe Biden by putting out information on his son.