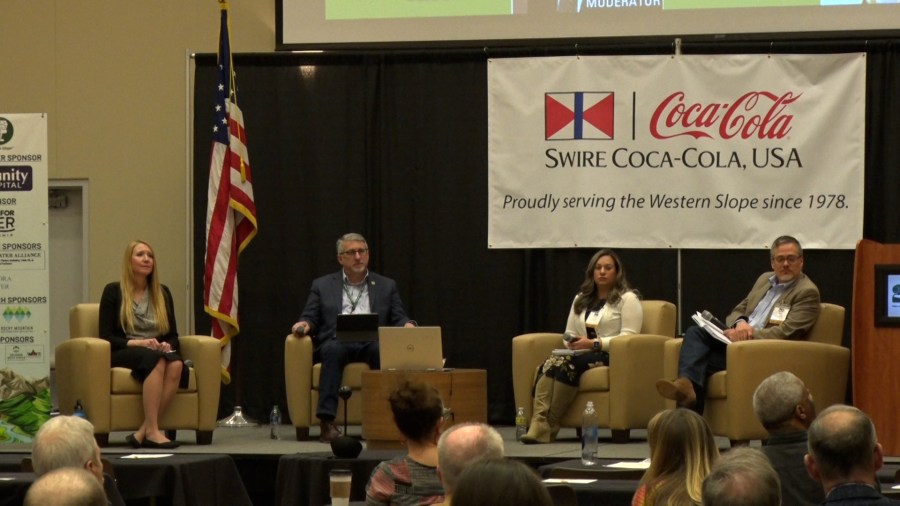 GRAND JUNCTION, Colo. — Club 20, a not-for-profit organization based on the Western Slope, held their final day of the 2022 Watershed and Wildfire summit at Colorado Mesa University. Keynote speakers from across the country appeared either in-person or via Zoom to present their fire mitigation strategies.

On Friday, however, US Congresswoman Lauren Boebert, typically a political lighting rod, spoke about her ideas for a safer, more prepared Western Slope.

“We need to bridge this divide and unite land managers, the timber industry, and even the environmentalists to restore our forests and protect our watersheds. This is really a big deal for us here in Colorado, and the usual political fault line cannot and should not hinder our progress on the issue, because we have learned that the costs of doing nothing are far too high,” Boebert said.

US Senator Michael Bennet appeared over Zoom to speak about the federal funds which are being allocated to the state for upcoming fire mitigation projects. The US Forest Service plans to treat nearly 20 million acres of national forest lands with prescribed burns alongside other fire mitigation strategies, as well as an additional 30 million acres of private, tribal, and public lands.

For more on fire mitigation here on the Western Slope, stick right here at WesternSlopeNow.com