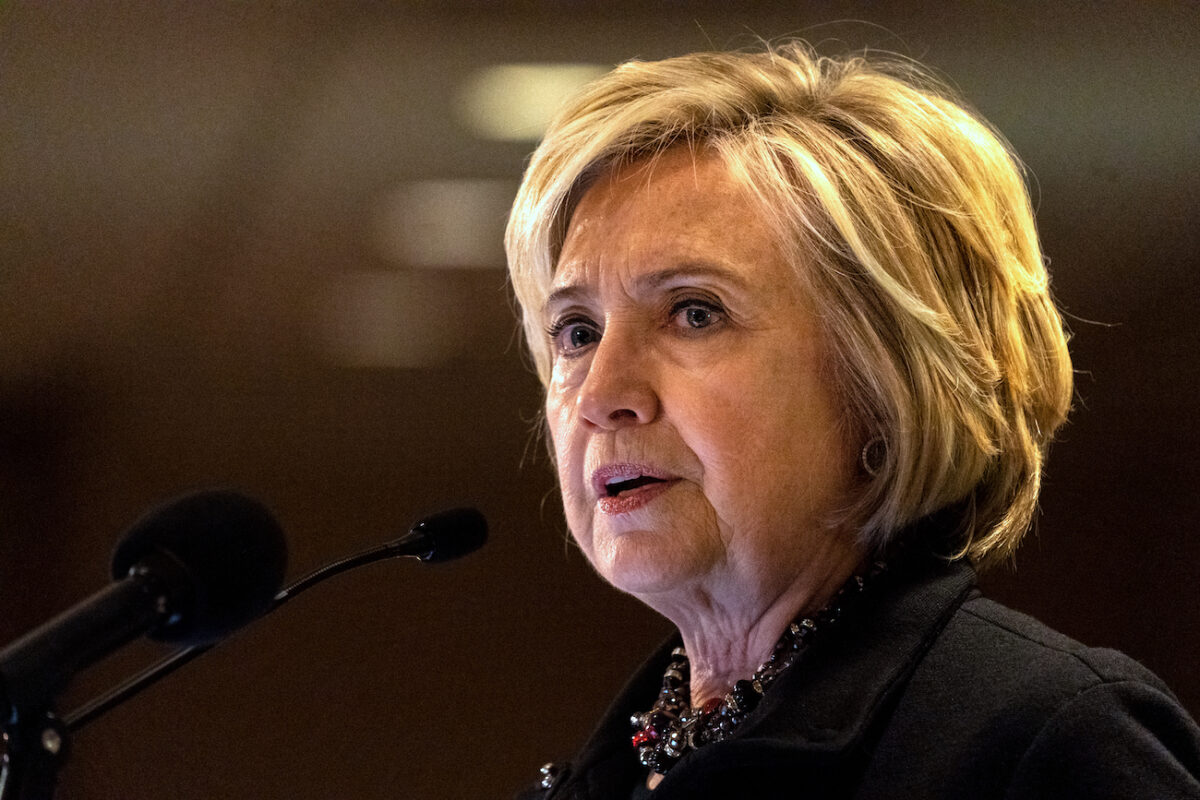 The lead investigator for the House Intelligence Committee’s 2018 probe into the FBI’s investigation of alleged Trump – Russia collusion, Kash Patel, said the fact that the Hilary Clinton campaign is paying a penalty to Federal Election Commission (FEC) is an admittance of guilt. Clinton and DNC are doing so to bury the narrative and prevent more media coverage of these illegal activities, said Patel.

“I think the public sees what that is. It’s their way of burying the narrative, because if they contested what happens, more media coverage, more people start looking into these things, ”Patel said.

Clinton’s campaign and the DNC agreed to pay a combined $ 113,000 to the FEC, according to documents made public on March 30, after the commission found probable cause that the entities violated federal law by describing payments that ultimately went to the Fusion GPS research group as going toward legal services and consulting.

“It shows them how wrong they were to violate the law and spend political campaign dollars on hit jobs, opposition research pieces for then-candidate Trump, all of which, [to] remind the audience, was then used intentionally by the FBI — even though they knew it was false — to go to a federal secret court and monitor a presidential candidate and later a president of the United States. ”

The FEC, which is responsible for overseeing federal elections, including the presidential election, found that the Hillary Clinton campaign broke FEC rules about how donations can be used.

“What we knew when we ran the Russiagate investigation, Chairman Nunes and I, we exposed that the Hillary Clinton campaign paid for the Steele dossier, an opposition research hit job. We had proven that some years ago, ”said Patel.

“What the Coolidge Reagan Foundation did… based on our investigation, said ‘wait a second FEC, you as a political campaign can not spend political dollars launching opposition research, false or otherwise,'” said Patel.

Dan Backer, an attorney who lodged the complaint with the election commission against the Clinton campaign and the DNC, told The Epoch Times that it’s the first time Clinton “has actually been held accountable for misconduct,” calling the fines “a great step for accountability . ”

Patel said while the FEC fine is an important step toward holding the Clinton campaign and other key players involved in the Russia disinformation campaign accountable, the true victory, he hopes, will be indictments made by US special counsel John Durham.

In October 2020, Durham was appointed by the Dept. of Justice as special counsel to investigate the FBI’s handling of Russiagate. His recent filings revealed Clinton paid to have Trump Tower and White House servers hacked to fabricate ties between Trump and Russia.

The filing, which was submitted late on Feb. 11 in connection with the indictment of Michael Sussmann, a former attorney to Hillary Clinton’s 2016 campaign, reveals that Rodney Joffe, a tech executive who was working with Sussmann, had exploited access to domain name system (DNS) internet traffic pertaining to the Executive Office of the President of the United States (EOP) as well as Trump Tower and Donald Trump’s Central Park West apartment building.

“This FEC fine is another step towards accountability. But [for] me as a former federal prosecutor, maybe I’m biased, but the ultimate step of accountability which the American public is waiting for, comes in the form of indictments, especially to those people who violated their oath of office, ”Patel said.

The Epoch Times reached out to the Clinton campaign for comment.

Jan Jekielek is a senior editor with The Epoch Times and host of the show, “American Thought Leaders.” Jan’s career has spanned academia, media, and international human rights work. In 2009 he joined The Epoch Times full time and has served in a variety of roles, including as website chief editor. He is the producer of the award-winning Holocaust documentary film “Finding Manny.”