We will discuss here why do we classify computers. What are the reasons for their classification?

Categorization and classification allow humans to organize things, objects, and ideas that exist around them and simplify their understanding of the world.

So let’s start discussing why do we need a classification.

Computers are classified and differentiated based on a wide variety of factors including their data processing abilities, size, calculation speed, power of the processor, processor number, price and application, some emphasize a leading capability in one particular aspect while others require a computer to have minimum capabilities in a wide range of characteristics.

The computer systems can be classified on the following basis:

Classification based on size

These are used by big organizations, governments to run their operations as these types of computers can store and process large amounts of data simultaneously.

For example, Insurance companies for processing such as statics, Banks for transactions processing, Schools, Universities.

These are multi-user computers designed for multi-processing systems, control, human interaction and communication capable of supporting up to 250 users at a time.
Eg. PC, Laptop etc.

A single-user computer system has less speed and storage capacity and uses a moderately powerful microprocessor as a CPU. These computers formed the foundation for the present-day microcomputers and smart gadgets that we are using in our daily lives like Tablets, Smartwatches, Mobile Phones, etc…

Classification based on the Type/Data Handling

Analog computers were the earliest computer machines developed and were among the most complicated machines for analog computation and process control. Analog data is not discrete, but rather is of a continuous nature like pressure, temperature, voltage, speed and weight. An analog computer makes use of continuous values and not discrete values. Because of this, processes with an analog computer cannot be repeated for exactly equivalent results. Some examples are operational amplifiers, mechanical integrators, slide rules, tide predictors, electric integrators, etc. These are in use to solve the problems related to partial differential equations, electronic machines, and also neural networks.

A computer that performs calculations and logical operations with quantities represented as digits, usually in the binary number system of “0” and “1”, “Computer capable of solving problems by processing information expressed in discrete form. From manipulation of the combinations of the binary digits, it can perform mathematical calculations, organize and analyze data, control industrial and other processes, and simulate dynamic systems such as global weather patterns.  Examples include social media, online games, multimedia and mobile phones. 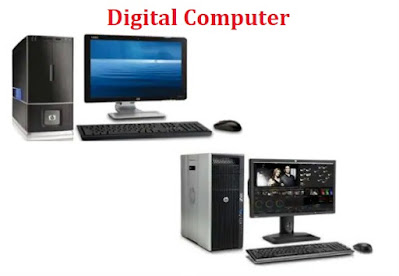 A computer that processes both analog and digital data, Hybrid computer is a digital computer that accepts analog signals, converts them to digital and processes them in digital form.

Classification Based on Purpose

Specific purpose computers are designed to handle a specific problem or to perform a specific task. A set of instructions is built into the machine.

Based on Purpose, Computers can be classified into two ways.

General-purpose computers are designed to perform a range of tasks such as writing a word processing letter, Document preparation, recording, Documents Printing, making databases, and calculations with accuracy and consistency.

They can store various projects but need speed and effectiveness.

Still, it has versatility and is useful for serving people’s basic needs at home or in the workplace in the environment.

Desktops, laptops, smartphones, and tablets are used on daily basis for general purposes.

These computers are intended to play out a specific task such as ATM (Automatic Teller Machines). The size, storage capacity, and cost of such computers mainly depend on the nature and size of the work. The function of these computers is consistent with any particular task. Special-purpose computers also include systems to control military planes, boats, surveillance equipment and other defence-oriented applications. They utilize unique operating systems that are tailored to performing their specific functions. The special computer needs specific processors and input and devices to conduct work efficiently. 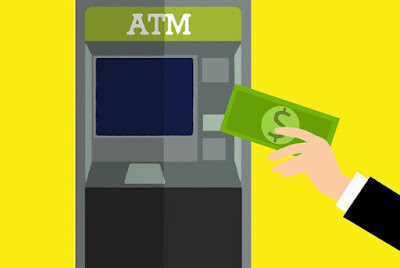