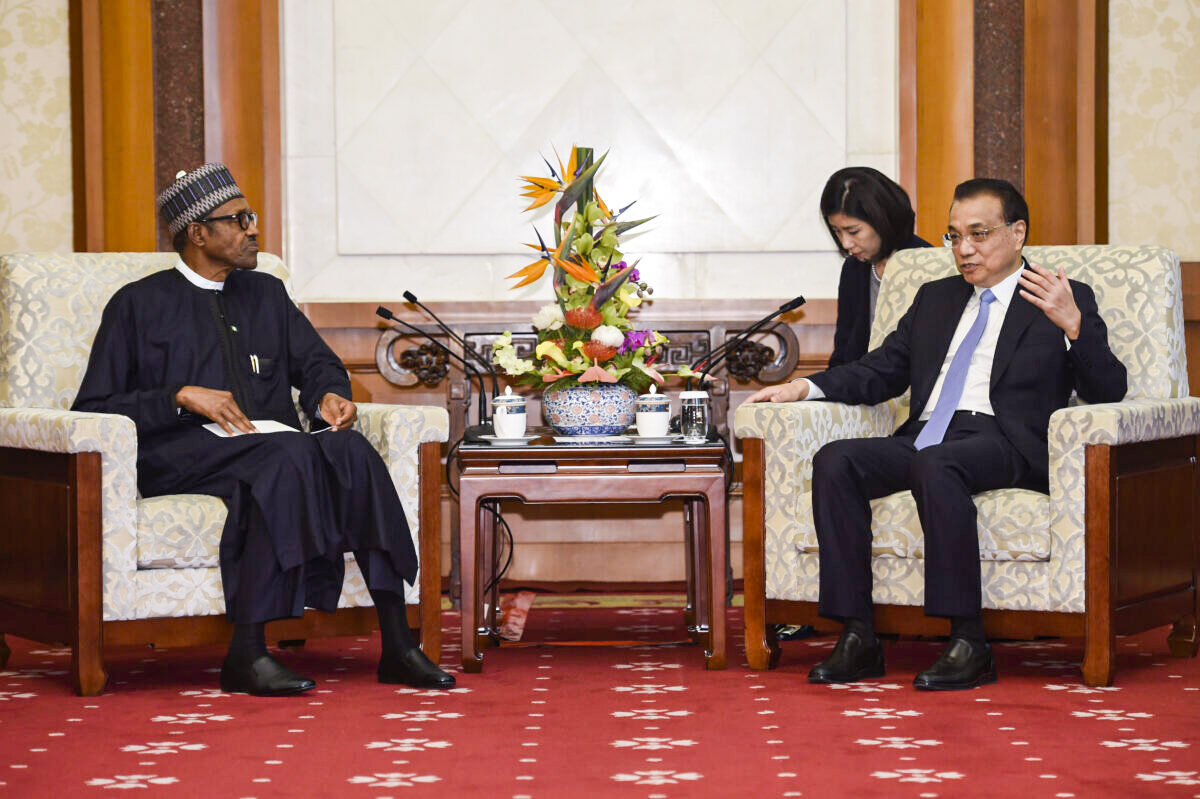 The Chinese Communist Party’s (CCP) footprint is expanding across West Africa, and with it, China’s concern for its nationals in the region. Three Chinese nationals working at a hydropower plant in Nigeria were kidnapped on Jan. 4, pushing the regime in Beijing to review its security ties with the West African nation.

China’s ambassador had previously announced that criminal investigation experts would be sent to boost Nigeria’s efforts in its fight against terrorists and bandits.

“China’s central government is really concerned about the security situation in Nigeria and also Chinese nationals in Nigeria,” Chinese Ambassador to Nigeria Cui Jianchum reportedly said in December during an event at Ahmadu Bello University in Zaria to celebrate a Chinese-funded scholarship project.

“The central government made the decision to send a high-level delegation from the criminal investigation experts with real experience.”

Nigeria is currently facing its worst security threats in decades, manifested in the form of the Islamic terrorist groups Boko Haram and the ISWAP insurgency, kidnapping, armed robbery, and secessionist agitations.

In the first half of 2021 alone, at least 32 people were killed and another 17 abducted every day by bandits and terrorists, according to StatiSense, a private data consultancy agency. At least 10,263 deaths and 5,287 kidnappings were tracked across Nigeria in 2021, resulting from terrorism and banditry.

The Chinese ambassador’s expression of paternal concern for Africa’s most populous nation was seen as a swift materialization of a recent blueprint issued by the CCP signaling a paradigm shift in China – Africa relations.

Analysts see the move by China as a ploy to wean some African states from the economic grip of the United States — something that has implications for US economic and energy security.

“The growing penetration of China into every aspect of Africa’s economy, culture, security, and geography is now more than ever before a serious challenge to US influence and interests in Africa,” said Dr. Freedom Onuoha, a senior lecturer at the Department of Political Science at the University of Nigeria – Nsukka.

China’s recent pronouncement of its plans to work closely with Africa to further upgrade and improve the quality of China – Africa cooperation through the implementation of nine programs strongly resonates with Nigeria, given Nigeria’s position in Africa and the geopolitical orbit of Chinese interests in the continent , ”Onuoha told The Epoch Times.

“As Africa’s most populous country and West Africa’s regional hegemon, Nigeria has been courted over the years by successive Chinese administrations. During President Olusegun Obasanjo’s administration, China expanded its diplomatic drive to gain access to Nigeria’s oil industry largely dominated by US and European energy multinationals. During President Yar’Adua’s administration, China deployed its diplomatic machinery to ensure that Nigerians resisted the planned US location of AFRICOM in West Africa. ”

Onuoha said Nigeria has swallowed more of the “Chinese bait,” in the form of loans accepted by President Muhammadu Buhari’s administration.

“The idea of ​​improving on nine programs by the Chinese reflects a conscious effort by the Chinese government to tighten its grip on Africa in the face of renewed US interest and quest to diminish China’s growing influence and footprints in the continent.”

The US military is constantly monitoring China’s multiple military options in Africa.

“We know the Chinese desire a network of bases around the globe,” the head of US Africa Command, Gen. Stephen Townsend, told a congressional hearing in April last year, pointing lawmakers’ attention to Nigeria and other West African nations. “My concern is the greatest along the Atlantic coast of Africa.”

Over the years, Chinese contribution to peace and security — largely in the form of deployment of Chinese People’s Liberation Army troops in United Nations-led peacekeeping operations — has laid bare the communist regime’s interests in Africa. In 2017, China inaugurated its first overseas base in the East African country of Djibouti, located just 7 miles from the US military’s Africa hub, Camp Lemonnier.

“Chinese contribution of troops in Africa is not essentially out of humanitarian altruism or benevolence,” Onuoha told The Epoch Times.

“Ostensibly, China instrumentalizes UN peacekeeping operation as one of the veritable tools in deepening and solidifying its broad strategic commitment across Africa to advance its growing economic and diplomatic interests or foreign policy goals.

“The US, on the other hand, invests in peace and security in Africa mainly to ensure and assure its own strategic security, especially in preventing and countering some transnational threats such as terrorism, violent extremism, and other forms of organized crime that pose serious threats to US homeland. ”

Research indicates that China has moved from being the least popular study-abroad destination for African students to the most popular for a growing number of study markets. The rate of growth of African students going to China for study abroad grew by 258 percent between 2011 and 2017, compared with a growth rate of 30 percent for the United States.

As of 2019, there were 6,845 Nigerian students currently studying in China — 512 of whom were on Chinese scholarships, according to China-admissions.com.

During the 8th Forum on China – Africa Cooperation ministerial meeting that took place in Dakar, Senegal, on Nov. 29–30, 2021, China welcomed the inclusion of the Chinese language into African countries’ national curricula, while promising to support Chinese language teaching in Africa through various ways.

“Such soft power cultural initiative will increase the level of social exchanges between their peoples,” Onuoha said.

“Since language is a principal instrument of communication and the bedrock of social interaction, Chinese language penetration is strategically designed to win African hearts and minds in its battle with other extra-regional powers in Africa, especially the US and, to a lesser extent, Europe, ”he told The Epoch Times.

“The coming together of China and Africa through the Chinese Belt and Road Initiative and Chinese recent endorsement of the African Continental Free Trade Area pose an enduring threat to the US, given that economic penetration and possible bonding among state actors often have the longest and [most] durable anchorage in their relationship, ”Onuoha said.