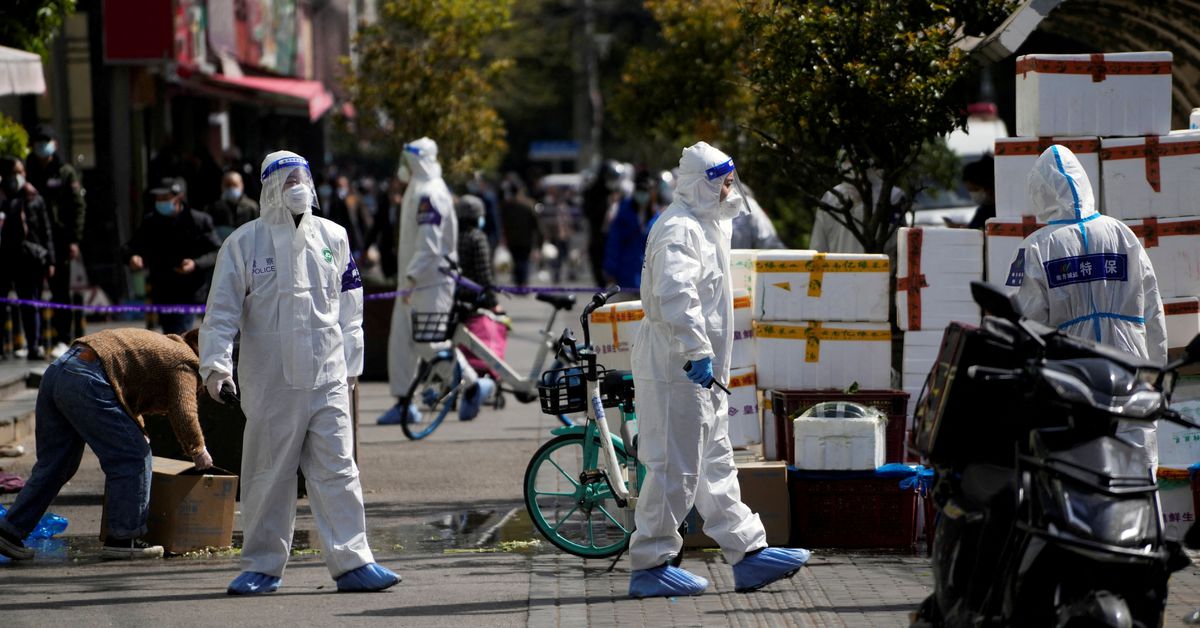 BEIJING, April 3 (Reuters) – China on Sunday reported a total of 13,287 new daily cases for April 2, the highest level since February 2020, with the majority in northeastern Jilin province and the financial hub of Shanghai which has virtually locked down the entire city.

The country reported 1,506 confirmed coronavirus cases in the previous day, the national health authority said on Sunday, down from 2,129 a day earlier.

But the number of new asymptomatic cases, which China does not classify as confirmed cases, surged to 11,781 on Saturday compared with 7,869 a day earlier.

Of the new confirmed cases, 1,455 were locally transmitted, with 956 detected from Jilin and 438 from Shanghai.

Shanghai, home of 25 million people, will carry out a city-wide antigen testing on Sunday and mass nucleic acid testing on Monday, a senior official from the Shanghai health authority said at a press conference on Sunday.

“The main task is to completely eliminate risk points and to cut off the chain of transmission so that we can curb the spread of the epidemic as soon as possible,” said Wu Qianyu, inspector from Shanghai Municipal Health Commission.

The city has been striving to stop the outbreak by imposing a two-stage lockdown, prompting manufacturers to halt operations and causing severe congestion at Shanghai port, the world’s biggest container transporting hub. read more

Refinitiv data showed that congestion off Shanghai for containers and oil tankers has been easing since March 31, but the number of bulkers queuing in outer Yangtze estuary anchorage jumped to nearly 90, the highest level since early October 2021.

An acute surge of vessels waiting is also recorded at ports near Shanghai, such as Ningbo in Zhejiang province, as some firms have diverted cargos to avoid prolonged logistics turnarounds.