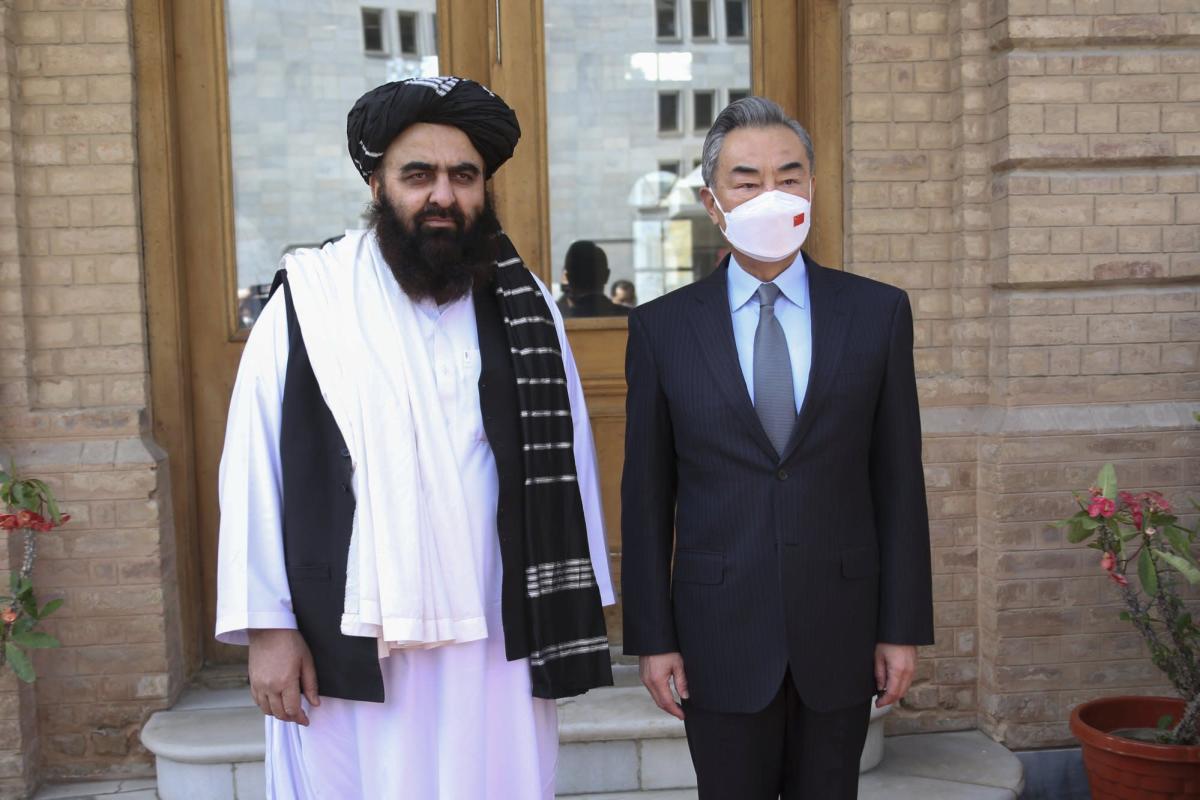 With the Ukraine crisis putting further strain on China’s ties with the United States and the West as a whole, Beijing has set its eyes on mending fences with its neighbours.

China’s diplomatic frenzy in the past two weeks shows the importance of its neighbors in Beijing’s hierarchy of relations, according to observers.

On the heels of a whirlwind tour of India, Pakistan, Afghanistan and Nepal, Chinese Foreign Minister Wang Yi last week hosted by Russian Foreign Minister Sergei Lavrov, who traveled abroad for the first time since Moscow’s invasion of Ukraine.

Do you have questions about the biggest topics and trends from around the world? Get the answers with SCMP Knowledge, our new platform of curated content with explainers, FAQs, analyses and infographics brought to you by our award-winning team.

Wang also chaired an Afghanistan-focused meeting attended by the foreign ministers from Russia, Iran, Pakistan and Tajikistan, Turkmenistan and Uzbekistan.

The Taliban’s acting foreign minister Amir Khan Muttaki and the US special envoy on Afghanistan also attended the talks in Anhui province on Wednesday.

China also welcomed foreign ministers from Thailand, the Philippines, Myanmar and Indonesia, which holds this year’s Group of 20 presidency, last week and took part in a virtual summit with the European Union in Brussels on Friday.

Friday’s visit by Myanmar foreign minster U Wunna Maung Lwin, was the first to a non-Asean country since the coup that brought the ruling junta to power last February and Wang told his counterpart that China was ready to help the country address its economic problems, which have been compounded by the war in Ukraine.

Xi has also weighed in personally on Beijing’s efforts to rally support from its neighbors and developing countries, talking to leaders from Cambodia, Indonesia and South Africa over the phone recently.

In a rare move, he also reached out to South Korea’s president-elect Yoon Suk-yeol twice, including a telephone conversation a day after the election, even though Yoon is strongly pro-US and has promised to take a tougher stance towards China.

While China started its pivot to Asia after the start of the Covid-19 pandemic over two years ago, analysts said its recent moves are largely a response to Washington’s Indo-Pacific strategy, a perceived US containment strategy towards Beijing.

“China has always attached importance and invested heavily in forging ties with its neighbors over the years.

“Now with Washington making headway in the Indo-Pacific region especially in geopolitical and security terms, Beijing has to ramp up its efforts to shore up and consolidate ties with its peripheral region,” said Li Mingjiang, an associate professor at Nanyang Technological University’s S Rajaratnam School of International Studies in Singapore.

Although a planned White House summit for the leaders of the 10 members of the Association of Southeast Asian Nations has been postponed because of “scheduling problems”, Biden said he wanted to ensure that the region remains “free and open”, without specifically naming China .

“From China’s perspective, the growing US involvement in the Indo-Pacific and the resulting changes to the regional geopolitical landscape are alarming,” Li said.

“Washington’s ability to garner a united front with Europe and Nato on Ukraine and strengthen its alliances in the region, such as the four-way grouping of the Quad comprising Japan, Australia and India, remains a top challenge for China.”

According to a survey by the ISEAS-Yusof Ishak Institute in Singapore early this year, Washington has gained ground against Beijing in their competition for influence in Southeast Asia over the past year.

In recent weeks, Washington has tried to lure Nepal, a traditional buffer between China and India with an infrastructure grant project while exerting pressure on India over its refusal to denounce Russia, New Delhi’s top weapons supplier.

Wang made surprise visits to both India and Nepal last week despite the two countries’ ongoing territorial disputes with China.

“At a time of increasing great power competition, which has been exacerbated by the Russian invasion of Ukraine, it makes sense for China to go into diplomatic overdrive, especially given the US efforts to rally countries against Russia,” said Benoit Hardy-Chartrand, an international affairs specialist at Temple University in Tokyo.

He noted the importance of regional diplomacy was not new for Beijing, as it has long valued stability close to its borders and been working to strengthen its influence on its periphery.

China’s periphery – and Southeast Asia in particular – has long been a locus of great power competition between China, the US, and even Japan, according to Hardy-Chartrand.

Tensions between the US and China persist and a video meeting between Xi and Biden did little to alter the situation.

The US continues to use sanctions and other measures to target Chinese firms and officials over China’s human rights record and US national security concerns, while Beijing blames Washington for a failure to improve ties.

Despite the crisis in Ukraine, Washington has continued to focus on the competition with China and warned Beijing will face “consequences” if it supports Russia’s invasion.

But analysts said Asian countries’ reaction to Russia’s attack was also an opportunity for China.

While most of these countries voted to denounce Moscow’s invasion at the United Nations last month, Singapore is the only one in Southeast Asia to join the Western sanctions against Russia, the region’s top arms supplier.

Huang Jing, director of the Institute of the US and Pacific Studies at Shanghai International Studies University, said while two UN resolutions condemning Russia won overwhelming support from over 140 countries, it did not mean they agreed with the Western sanctions.

“With Washington’s attention and resources diverted from the China-focused Indo-Pacific Strategy to the Ukraine crisis, it presents some good opportunities for China to ramp up its influence,” he said.

He said Beijing should seize on the opening, especially India’s resentment about pressure from Western countries over its close defense ties with Russia, to pull it away from the Quad.

“While it is almost impossible to fully repair China’s ties with India, Beijing’s priority should be to prevent New Delhi siding with Washington in the US-China rivalry and the formation of ‘an Asian Nato’ in the Indo-Pacific,” he said, referring to Beijing’s category of the Quad.

Huang also said it was natural for Beijing to shift its focus onto its Asian neighbors, considering the decline in US-China ties and hardening bipartisan consensus in Washington.

Biden’s framing of the US-China rivalry as a “battle between democracy and autocracy” has also left no doubt for leaders in Beijing about the prospect for future relations.

Monika Chansoria, a senior fellow at the Japan Institute of International Affairs in Tokyo, said: “The renewed preoccupation of an overstretched US with European security has seemingly provided Beijing the strategic space to realign the global world in order to meet its own strategic targets , most importantly, Taiwan.”

But she said Wang’s trip to India, initiated from the Chinese side, had failed to yield tangible results and was “an failed attempt by Beijing to begin portraying that it’s back to ‘business as usual'” with India following a deadly border clash in the Galwan valley two years ago.

“China’s peripheral region senses the looming threat of China trying to unilaterally change the status quo in the East and South China Seas,” Chansoria said. “The region is wary of Beijing’s predatory expansionism that spreads across smaller, lesser-developed nations in dire need of developmental aid and assistance.”

Hardy-Chartrand also said it is unclear whether China can overcome “notable obstacles” – including Asean’s insistence on strategic autonomy, Yoon’s pro-US stance and ongoing tensions with Japan – to strengthen its influence.

“One of the most significant challenges is that most countries are reluctant to see China become a regional hegemon and continue to want a strong American presence in the region,” he said.