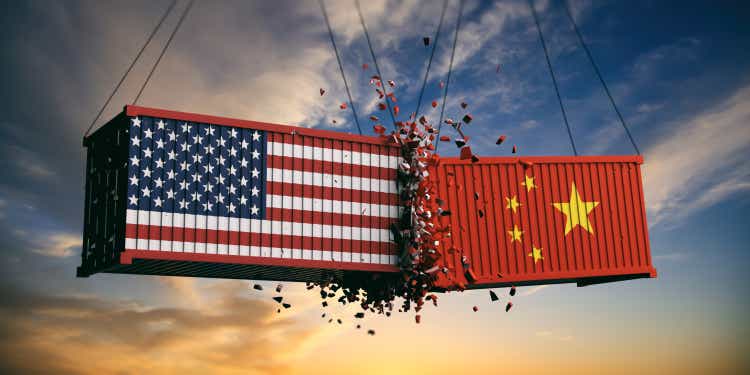 The China Securities Regulatory Commission (“CSRC”) confirmed its plans in a release on its website. The regulator said its original rules, which were established in 2009, had become outdated. The draft rules are under public consideration until April 17, according to various media reports.

“After more than a decade, however, the document has not kept up with the changing legal and institutional landscape, and the evolving market and regulatory practices,” the regulator said in a separate statement.

The confirmation comes after Bloomberg reported Friday that Chinese authorities were making plans to give US auditors full access to the firms’ audit reports as soon as the middle of this year. Shares of Alibaba (NYSE:BABA), JD.com (NASDAQ:JD), Didi Global (NYSE:DIDI, Pinduoduo (NASDAQ:PDD) and several other Chinese ADRs gained on the news on Friday.

The SEC has threatened to delist companies that fail to allow US regulators to review their company audits for three-straight years, a rule that went into effect in late 2020. The agency last month named five companies from China that could be delisted for failing to abide by US accounting regulations.

Earlier this week, Baidu (BIDU) was added to the list that it could possibly be delisted under the Holding Foreign Companies Accountable Act, or HFCAA. In response, Baidu said that it was “actively exploring possible solutions.”

SEC Chairman Gary Gensler recently toned down speculation of a potential imminent deal for Chinese companies to avoid delistings in the US, saying that conversations had been “thoughtful, respectful [and] productive,” but that he did not know what the talks would lead to.

On March 24, the Public Company Accounting Oversight Board told Seeking Alpha that it was not clear if Chinese authorities would agree to permit US inspectors to fully review audit papers of companies.