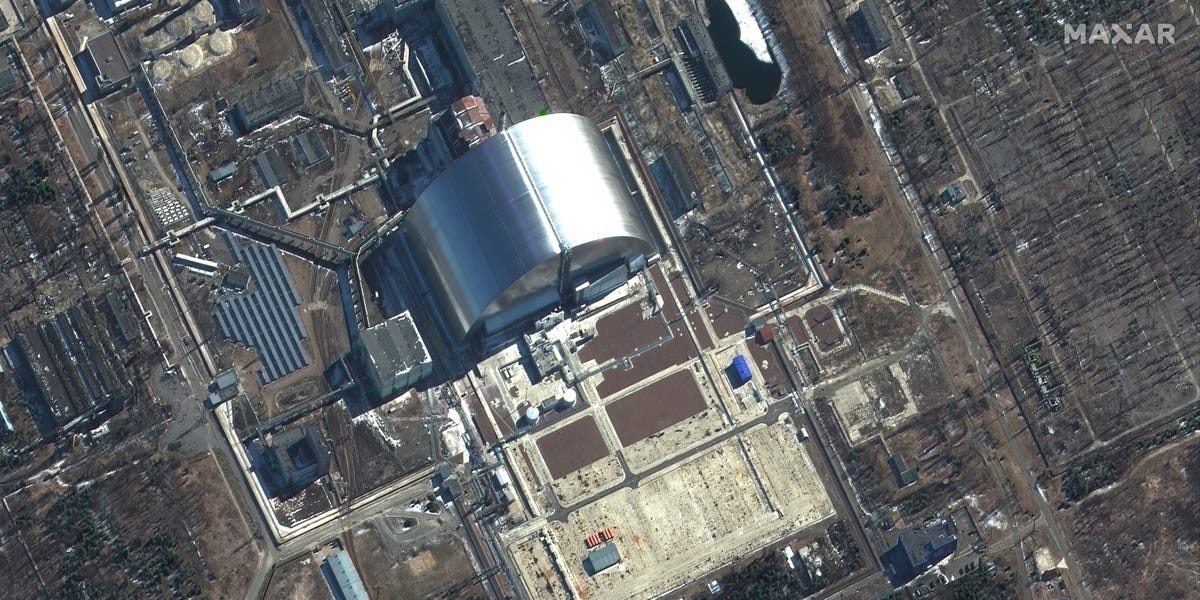 A radiation monitoring lab near the Chernobyl nuclear site was looted during the Russian invasion, Ukrainian scientists from the Institute for Safety Problems of Nuclear Power Plants (ISPNPP) told news outlets over the past week.

The consequences of the Russian invasion of the exclusion zone around the decommissioned nuclear power plant are still emerging after its forces withdrew and allowed Ukraine to recapture the area.

Chernobyl was the site of the world’s worst-ever nuclear disaster in 1986. It is also not far from Kyiv, the Ukrainian capital, and was an early target in the Russian invasion.

Anatolii Nosovskyi, director of the ISPNPP in Kyiv, told Science that looters apparently took off with radioactive isotopes used to calibrate instruments, as well as nuclear waste left over from the 1986 nuclear accident.

He did not say who could have taken it.

An unnamed source from the ISPNPP told New Scientist that the scientists had been pushed out of the labs in the town of Chernobyl, about seven miles south of the site of the main reactors, when the Russian troops took control of the area.

The ISPNPP sources said that the material could be used to make a “dirty bomb,” a weapon that combines radioactive material with an explosive device to scatter contamination over a large area.

Unlike nuclear weapons, a “dirty bomb” does not cause a nuclear explosion. They are not thought to pose an immediate threat to health, but could be used by terrorist groups to cause panic.

Russia has accused Ukraine of seeking to make a dirty bomb, without any evidence. Unfounded weapons that Ukraine is trying to develop nuclear weapons formed part of Russia’s justification for invading.

Bruno Merk, a nuclear expert at the University of Liverpool in the UK told New Scientist the materials could not be used to create a nuclear weapon. That would require plutonium or uranium, neither of which are likely to be in that kind of lab.

Ukraine on Thursday confirmed reports that Russian soldiers were leaving Chernobyl, 36 days after they moved into the exclusion zone.

The troops “looted” the Chernobyl nuclear power plant before they left, the Ukrainian military said Friday in a tweet, They took “lab equipment, and radiation,” per the tweet.

The power plant has long been inactive but is still undergoing extensive work to fully decommission and decontaminate the site.

Ukrainian staff working at the decommissioned nuclear power plant in Chernobyl were subjected to grueling working conditions during the occupation of the site by Russian troops, forcing some to stay on-site for almost a month before they were allowed to be relieved by volunteer co-workers .

The invasion also disturbed radioactive dust, raising the level of radiation around the site.

According to Chernobyl site workers, who spoke to Reuters on condition of anonymity, Russian troops drove armored vehicles through the Red Forest, the most contaminated zone in the area around the site of the nuclear accident. Per the workers, the Russian troops were unprotected at the time.

Reuters was not able to independently verify the reports.

The International Atomic Energy Agency also launched an investigation of claims that troops were exposed to unhealthy levels of contamination after digging trenches around Chernobyl.

Russia took control of another nuclear site in Ukraine, an active nuclear power plant in Zaporizhzhia, a region of Southern Ukraine, on March 4. According to the latest reports, that plant was still under the control of Russian troops.

The invasion of nuclear sites by the military caused outrage among nuclear experts.

Several told Insider that the risk of a catastrophic nuclear accident in Ukraine remained low, but was made higher because of the military activity, which puts strain on safety systems there as well as the staff operating the facilities.