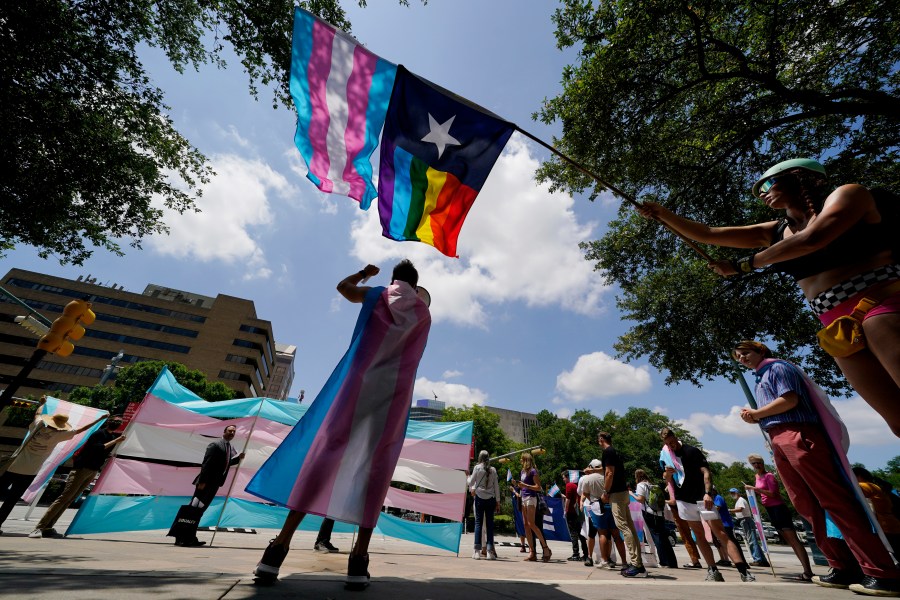 There was unusual secrecy, with texts and emails discouraged. Allegations about trans kids received elevated status. In Texas, fewer than three in 10 child welfare investigations end with findings that harm occurred — classified as “reason to believe” — but the changes looked to Mulanax like these cases would be predetermined from the start.

“It was my understanding that they wanted to be found ‘reason to believe,'” Mulanax told The Associated Press in her first interview since leaving the Texas Department of Family and Protective Services, where she worked for six years until quitting last month. “That’s why we were having to figure out a way to staff it up and see how we go about it, since it doesn’t match our policy right now.”

As early as Friday, the Texas Supreme Court could decide whether the state can resume at least nine investigations into the parents of transgender children. They are the first to fall on the radar of child welfare authorities since Texas’ Republican governor in February directed the state to begin handling reports of gender-confirming care for children as child abuse — the first such order issued in the US

The court fight in Texas comes as Republicans across the country are leaning into policies aimed at transgender Americans, most prominently through bans on transgender athletes on girls sports teams. But Texas is the only state where a GOP governor has greenlighted abuse cases against the parents of transgender children, which several current and departing Texas child welfare workers say was hastened into action and has sunk already low morale at their troubled state agency even deeper.

It is unclear how many Texas child welfare investigators — who are tasked with carrying out Abbott’s directive — have quit in protest. Mulanax is one of at least two state Child Protective Services workers who are leaving and added their names this week to a court brief that urged Texas’ justices to keep the investigations sidelined. Five other investigators who remain at the agency also signed on.

Abbott’s instructions to Texas child welfare officials takes aim at treatments for children that include puberty blockers and hormone therapy.

“We’re being so closely monitored on those types of cases that you wouldn’t be able to just say, ‘Oh, nothing to see,'” said Shelby McCowen, a child welfare investigator who called the directive the ‘last straw’ and is quitting after less than a year at the agency.

Texas completed more than 157,000 child welfare investigations in the last fiscal year, according to state data. McCowen said the cases involving parents of transgender families were drawing the same attention as child death investigations, and like Mulanax, said instructions were given not to discuss the cases through emails or phones — only on personal devices, or face-to-face.

The cases were to be referred to as “special assignments” rather than using a case name or number, according to McCowen. She said upper managers told investigators a survey would be sent out internally to address questions about the directive, but none ever arrived.

“I don’t know how many times they go into the cases, but we’re told that if we get one of these cases, the documentation has to be almost instant because it’s being monitored,” she said.

Abbott’s directive goes against the nation’s largest medical groups, including the American Medical Association, which have opposed Republican-backed restrictions filed in statehouses nationwide. On Thursday, President Joe Biden marked Transgender Day of Visibility by denouncing such legislation, saying “the onslaught of anti-transgender state laws attacking you and your families is simply wrong.”

In pressing that the investigations in Texas be allowed to continue, Republican Texas Attorney General Ken Paxton’s office wrote that “if DFPS cannot investigate possible child abuse, children may be harmed — perhaps irreversibly — in the interim.”

Mulanax said if the investigations were to resume, she considers it unlikely that any children would be removed from their homes around Texas’ biggest cities, which are controlled by Democrats and where some county officials have already said they would reject such cases.

But in the event of a finding of harm, Mulanax said, putting in place what are usually other safety plans don’t make sense to her either. She said those options typically include required parental supervision or services such as therapy, which Mulanax said some of the families might already be doing.

“It was just a complete betrayal of the department,” she said.