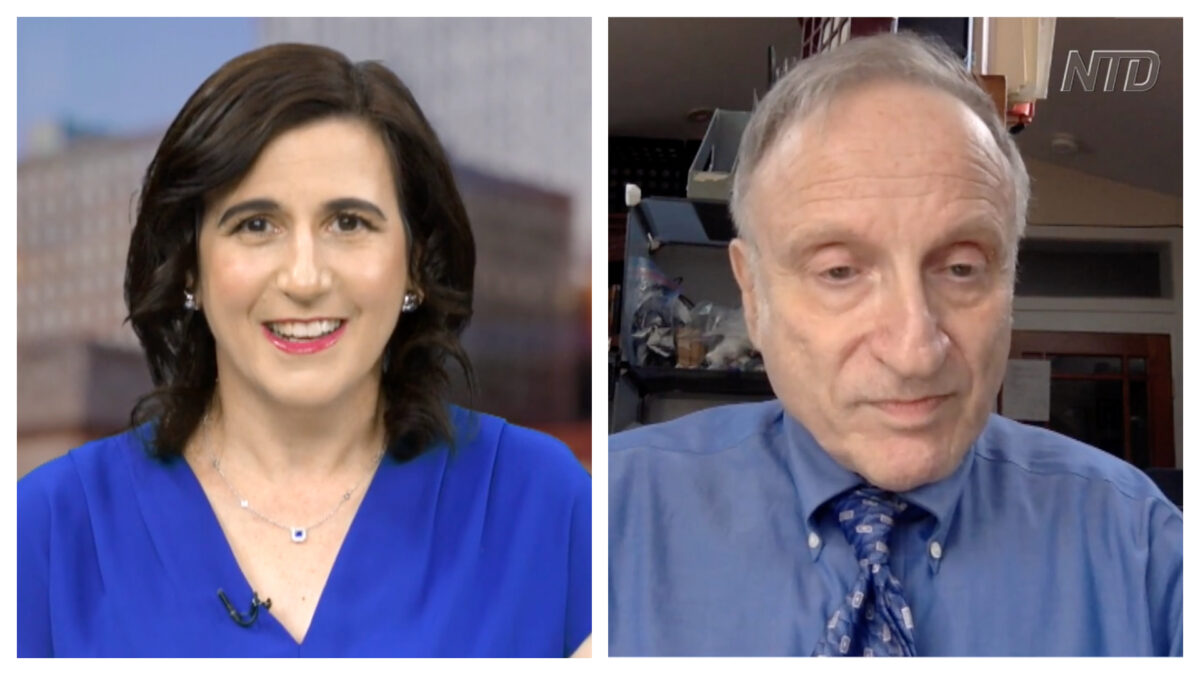 A current trend to cancel all things Russian, even Tchaikovsky concerts, is a warning sign because it’s the same kind of thinking used during the totalitarian Soviet Union and can lead to more harm, according to Gary Saul Morson, a Northwestern University professor who has studied Russian literature and thought for decades.

“This should be a warning sign when you start thinking that because President [Vladimir] Putin does horrible things in Ukraine, we have to stop listening to Tchaikovsky, ”Morson told NTD’s“ The Nation Speaks ”program on Mar. 26. “What’s going on here? How far can such thinking go? ”

“To me, it’s reminiscent of exactly how the Soviets thought. They certainly divided the world into all good and all bad. And so, literally anything you did that hurt your enemy was good. And that was the basis of their morality, ”said Morson. “It is what led to the horrors of Soviet behavior to killing millions of people.”

Since Russia invaded Ukraine on Feb. 24, the United States and many other Western countries have declared sweeping and strict economic or diplomatic sanctions against Russia and some of its oligarchs. Many multinational companies announced the suspension of services in Russia as well.

But some measures against Russia seem to have gone to extremes. Earlier this month, Canada canceled concerts by the 20-year-old Russian pianist Alexander Malofeev. In the Netherlands, Belgium, Italy, and Wales, performances featuring Tchaikovsky and Stravinsky were reportedly axed. New York’s Metropolitan Opera announced that it would not work with Russian artists or organizations that support Putin or are supported by Putin until the country’s invasion of Ukraine ends. Performances by some Russian ballet companies have also been affected, for example, a performance of Swan Lake by the Royal Moscow Ballet was called off in Dublin, Ireland. The list can go on.

Morson said canceling all things Russian is another form of cancel culture.

“The way cancel culture works is that there are good guys and bad guys, and there is no gray area. Everything even remotely associated with the bad guys becomes bad. And so you just apply it to a new topic, the Russians, ”said Morson.

“The feeling of moral clarity licenses people to think that there are no limits and that the more extravagant they are, the more moral they are. That’s the problem with that kind of thinking. ”

On March 25, when the invasion of Ukraine entered the second month, Putin said the West was trying to cancel “a thousand-year-old country.”

“The proverbial ‘cancel culture’ has become a cancellation of culture,” Putin said in a televised meeting.

Morson said this way of thinking allows no further discussion and bad things can be done under the disguise of “moral clarity.”

“The writer Solzhenitsyn has a famous line where he says, ‘the line between good and evil runs through every human heart.’ We have to recognize each person’s own capacity for it and we’re never so prone to doing evil as when we are convinced that we are completely morally pure. ‘”

In a recent article, Morson wrote about a similar trend to try to eradicate all dissenters under the guise of “science.”

Cindy Drukier is a veteran journalist, editor, and producer. She’s the host of NTD’s The Nation Speaks featured on EpochTV.