Bruce Willis Has Aphasia and Is ‘Stepping Away’ From His Career 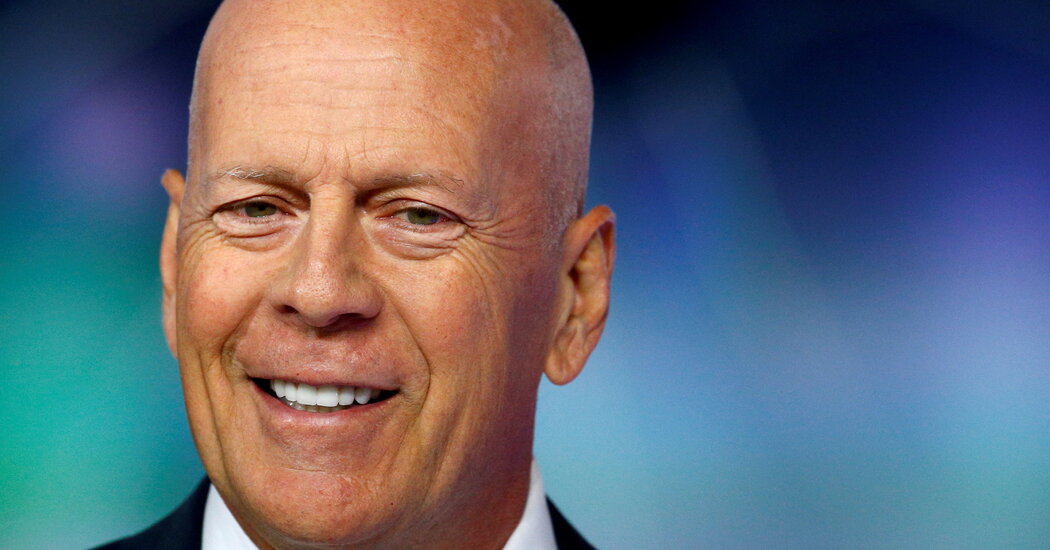 In response to Rumer Willis’s Instagram post, Sarah Paulson, who worked with Bruce Willis in “Glass,” Shyamalan’s 2019 sci-fi thriller, said: “He was such an incredible acting partner to me, and is the loveliest, most gentle & hilarious man. He reigns supreme in my book.” (In her Times review of “Glass,” Manohla Dargis wrote, “[Samuel L.] Jackson and especially Willis remind you again of how fine they can be when asked for more than booming shtick and smirk.”)

In response to Moore’s Instagram post, Jamie Lee Curtis wrote: “Grace and guts! Love to you all!”; and Rita Wilson wrote: “My heart goes out to Bruce, and all of the family. So thankful you shared this with us. Keeping you all in our prayers.”

On Twitter, Gabrielle Giffords, a gun control advocate and former congresswoman, wrote: “I’m thinking of Bruce Willis and his family today. Aphasia makes it hard for me to find the right words. It can be lonely and isolating.”

The actor Seth Green tweeted, “I have so much love for Bruce Willis, and am grateful for every character he’s given us.”

And the actor-director Kevin Smith wrote, “Long before any of the ‘Cop Out’ stuff, I was a big Bruce Willis fan — so this is really heartbreaking to read,” referring to his 2010 movie that Willis starred in. “He loved to act and sing and the loss of that has to be devastating for him,” Smith said. He said he felt badly about his “petty complaints from 2010.” In 2011, on the Maron podcast, Smith had Marc openly about working with the action star, saying that working with the star was “soul crushing.”

Thought of primarily as a movie star, Willis has received more accolades for his work on television: For his role as the private detective David Addison (played opposite Cybill Shepherd) in “Moonlighting” — an ABC comedy-drama-romance that ran from 1985 to 1989 — he earned three Golden Globe nominations, winning one, and two lead actor Emmy nominations, winning one.