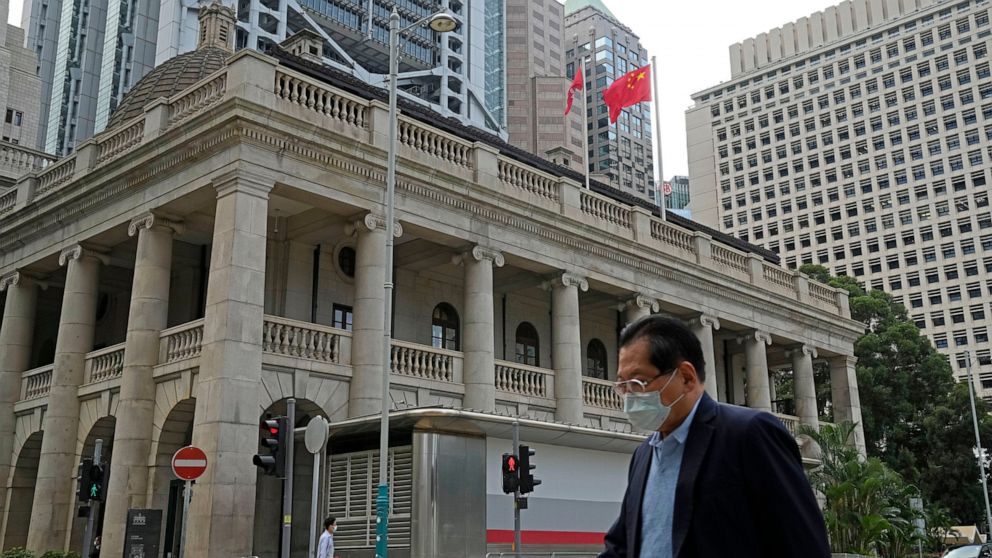 LONDON — Britain said Wednesday that it is withdrawing its judges from Hong Kong’s top court because keeping them there would legitimize oppression in the former British colony.

British judges have sat on the court since Hong Kong was returned to China in 1997. The British government’s move underscores the Asian financial hub’s growing isolation as the ruling Chinese Communist Party works to assert its control and silence independent voices.

While the UK had judges serving on the Court of Final Appeal as part of efforts to safeguard the rule of law in the city, the British government said it was “no longer tenable” because of increasingly oppressive laws enacted by China. The judges on the court submitted their resignations with immediate effect Wednesday.

“The courts in Hong Kong continue to be internationally respected for their commitment to the rule of law,” UK Supreme Court President Robert Reed said after his resignation from the Hong Kong court. “Nevertheless, I have concluded, in agreement with the government, that the judges of the Supreme Court cannot continue to sit in Hong Kong without appearing to endorse an administration which has departed from values ​​of political freedom, and freedom of expression.”

Fourteen non-permanent judges remain at the Hong Kong court, including 10 from other common law jurisdictions such as Australia and Canada.

China has intensified its crackdown on Hong Kong’s semi-autonomous political and legal institutions in recent years. Those efforts include passage of a sweeping national security law in 2020 and changes to the electoral system that have effectively ended political opposition in the territory.

The security law, which outlaws secession, subversion, terrorism and foreign collusion, has been used to arrest more than 100 pro-democracy figures, and many others have fled abroad. Since the law’s introduction, Hong Kong police have raided the offices of pro-democracy media, shutting them down and arresting journalists.

Lawmakers, students and the organizers of candlelit memorials marking Communist Party’s deadly 1989 crackdown on a pro-democracy movement have also been targeted.

Some Western governments and the United Nations say the security law is eroding the autonomy promised when the city was transferred back to China under the “one country, two systems” principle.

British Prime Minister Boris Johnson said the two UK judges had “concluded that the constraints of the national security law make it impossible for them to continue to serve in the way that they would want.”

“I appreciate and I understand their decision,” he said.

In announcing the move, British Foreign Secretary Liz Truss said there had been “a systematic erosion of liberty and democracy in Hong Kong.”

“The situation has reached a tipping point where it is no longer tenable for British judges to sit on Hong Kong’s leading court, and would risk legitimizing oppression,” she said.

The decision to pull British judges out after many years in Hong Kong was welcomed by British lawmakers. A senior Conservative Party member of Parliament, Tom Tugendhat, said British judges should not help empower “a legal system that is now being used to lock up Hongkongers without due process.”

Conservative lawmaker Iain Duncan Smith, a longtime critic of the government in Beijing, said “the government has done the right thing here, and not a minute too soon.”

“What Ukraine teaches us is that you simply cannot appease totalitarian states or make excuses for their behavior, which is exactly what the presence of our judges (was) doing in Hong Kong,” Duncan Smith said. “They were lending legitimacy to a regime hell-bent on undermining our way of life.”

The Hong Kong Bar Association called the decision “a matter of deep regret.” It appealed to the Court of Final Appeal’s remaining overseas judges to stay and serve the city, and help uphold its judicial independence.