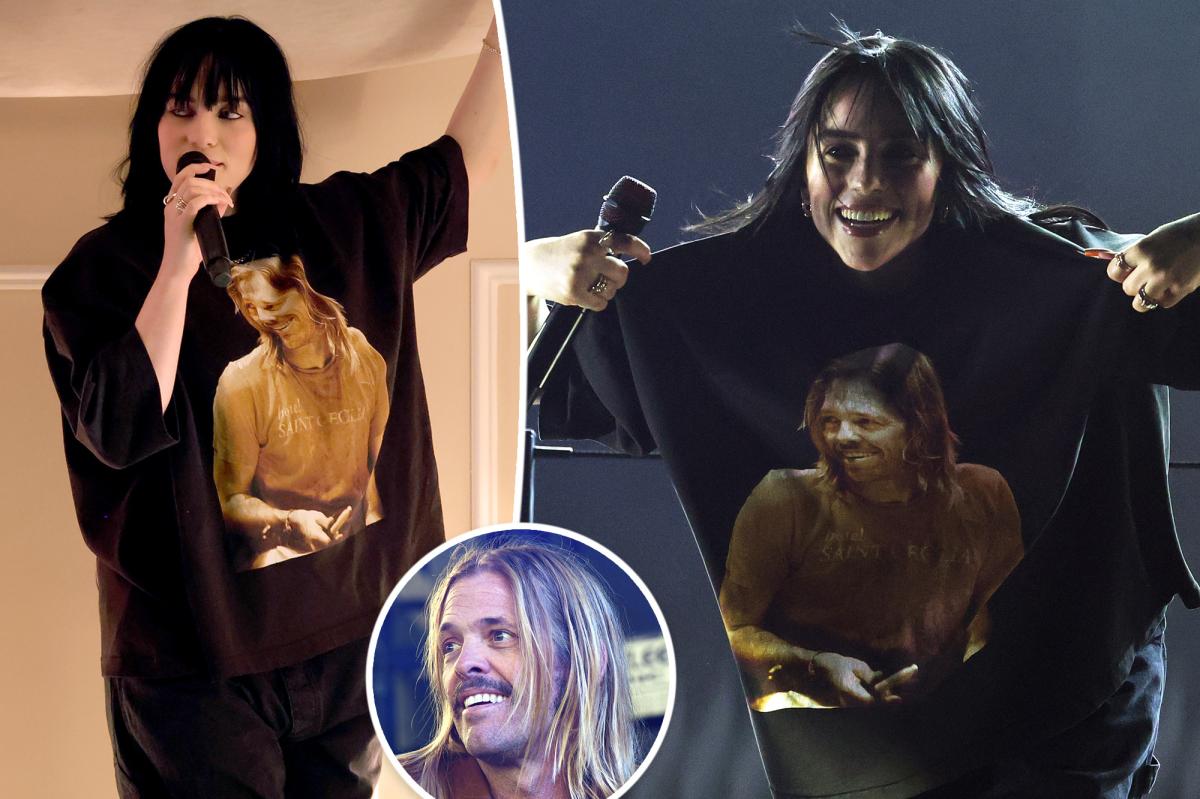 Billie Eilish paid tribute to the late Taylor Hawkins during her 2022 Grammys performance on Sunday, April 3.

Singing her hit song “Happier Than Ever,” Eilish sported a T-shirt with the drummer’s face on it, paying homage after Hawkins died last month.

The artist, 50, was found dead in his hotel room in Colombia and multiple drugs were found in his possession. An autopsy revealed that he died of cardiovascular collapse and his heart was found to weigh double that of an average man.

Hawkins was set to perform with the Foo Fighters at the awards show before his untimely death, and will be honored during the telecast.

Other celebrities have honored Hawkins in recent days, including Machine Gun Kelly, who opened up about spending time with him only two days before his death. Miley Cyrus recently broke down in tears during a tribute performance to Hawkins in South America.

Eilish was joined by her brother and collaborator Finneas during her performance, with the pair perched on an elevated stage atop a house that resembled her tour set.

At the end of the song, a dramatic thunderstorm appeared onscreen behind the siblings and drummer Andrew Marshall.

Eilish gestured to her shirt as the song ended, driving the point home further.

Earlier in the evening, the “No Time to Die” singer wore a deconstructed trench coat and sock boots by Rick Owens on the red carpet. The ensemble seemed to be a masculine twist on the ruffled black gown she wore at the 2022 Oscars last month.

Hosted by Trevor Noah at the MGM Grand Garden Arena in Las Vegas, this year’s Grammys are sure to be a big night for Eilish, 20. She’s nominated for six awards: Record of the Year, Best Pop Solo Performance, Best Pop Vocal Album, Best Music Video, Best Music Film and Song of the Year for “Happier Than Ever.”

In 2020, when she was just 18 years old, the singer made history as the youngest artist to win all of the top four Grammy categories.