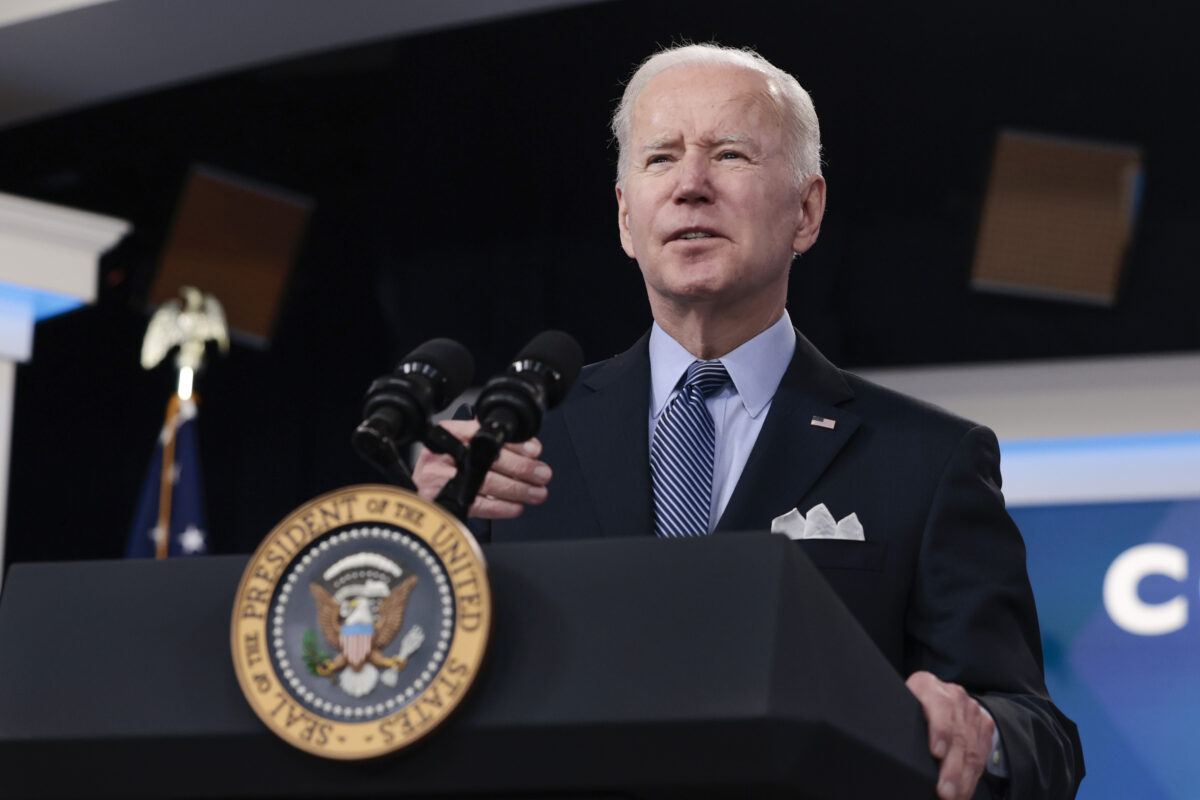 A group of Democrat and Republican senators on April 7 introduced a bill that if passed would not allow President Joe Biden’s administration to end the Title 42 emergency border order unless the president declares an end to the COVID-19 national emergency declaration.

Sens. Mark Kelly (D-Ariz.) And James Lankford (R-Okla.) Are among the 11 senators behind the legislation.

“The Biden administration was wrong to set an end date for Title 42 without a comprehensive plan in place. It’s why today we are introducing bipartisan legislation requiring this administration to implement a plan before lifting Title 42 that protects the public health and safety of our border communities and migrants. We need a secure, orderly, and humane response at our southern border and our bipartisan legislation holds the Biden administration accountable to that, ”Kelly said in a statement.

The Centers for Disease Control and Prevention, after consulting with top immigration officials, announced on April 1 that it will terminate the emergency order on May 23.

The order, in place since March 2020, has allowed US authorities to quickly expel many illegal immigrants because of concerns the aliens have COVID-19.

Officials said the order “is no longer necessary” in part because of “highly effective vaccines and therapeutics.”

Vaccines failed to prevent a massive wave of infections and hospitalizations in January driven by the Omicron virus variant, though COVID-19 metrics have since plunged to lows not seen since mid-2021. The number of therapeutics, meanwhile, has grown since 2020 but some have proven ineffective against more recent strains, including BA.2, a subvariant of Omicron.

The planned withdrawal of Title 42 triggered a lawsuit from several states, with attorneys general noting the disparate treatment of immigration enforcement and Americans.

“COVID is either over or it’s not,” Louisiana Attorney General Jeff Landry, a Republican and one of the plaintiffs, told The Epoch Times.

The senators’ bill pushes back against ending Title 42 along the same lines, tying the order to the US national emergency over COVID-19.

Biden extended the emergency in February, asserting the pandemic “continues to cause significant risk to the public health and safety of the nation.”

If the bill is passed, Title 42 could not end until at least 60 days after the national emergency is declared over.

After such a declaration, the bill says the Department of Homeland Security must submit to Congress within 30 days a plan outlining the impact of ending Title 42 — an influx of illegal immigrants is expected.

“The Biden administration is declaring the pandemic over on our southern border but still active on our healthcare workers, military, and travelers,” Lankford said in a statement. “They can not have it both ways. If they think it’s safe enough to lift Title 42 at the border, then it must be safe enough to lift the COVID-19 state of emergency on the whole country. But when we drop Title 42 at the border, DHS must also implement a workable solution to expel migrants. ”