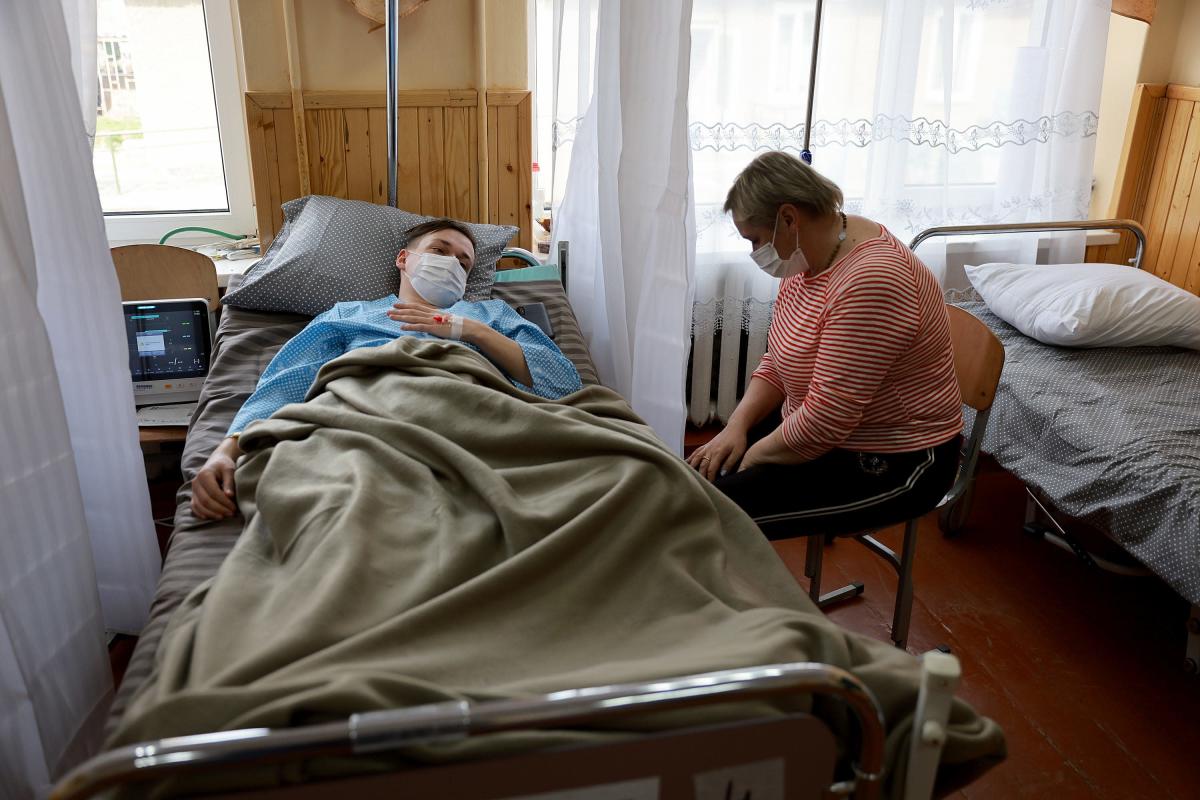 Some Russian military units suffering heavy losses in Ukraine have been forced to return to Belarus and Russia to resupply, placing additional pressure on Russia’s already strained logistics, the British Defense Ministry said in an assessment Wednesday.

The problems demonstrate the difficulties Russia is having reorganizing its units in forward areas within Ukraine, the assessment says. Russia will likely continue to compensate for its reduced ground-force capability “through mass artillery and missile strikes,” the assessment says.

Also Wednesday, President Joe Biden spoke with Ukraine President Volodymyr Zelenskyy, informing him that the United States intends to provide the Ukrainian government with another $500 million, the White House said.

Russia this week announced plans to dial back its military activity in and around Kyiv, but Ukraine authorities say the city continues to be battered by artillery assaults.

Russian military leaders said last week that the first phase of its military operation was mostly complete and that forces would focus on “liberating” the breakaway Luhansk and Donetsk People’s Republics in the Donbass region of eastern Ukraine.

“Russia’s stated focus on an offensive in Donetsk and Luhansk is likely a tacit admission that it is struggling to sustain more than one significant axis of advance,” the British assessment says.

UKRAINE-RUSSIA CRISIS: The latest updates on the situation in Ukraine. Sign up here.

Defense Secretary Lloyd Austin and Army Gen. Mark Milley, chairman of the Joint Chiefs of Staff, have reached out to their Russian counterparts who have “not answered and they have not replied with a willingness to do so,” said Pentagon John Kirby.

Over 4 million refugees have now fled Ukraine, about 10% of the population, a United Nations refugee agency says.

President Joe Biden pledged an additional $500 million in aid to Ukraine in a phone call Wednesday with Ukrainian President Volodymyr Zelensky as peace talks between Russia and Ukraine have failed to produce a breakthrough.

The White House confirmed the additional aid after Biden spoke to Zelenskyy for about an hour in a call that concluded shortly after noon ET. The infusion of new aid is on top of $2 billion in US aid committed to Ukraine since Biden became president.

Zelenskyy updated Biden on the status of Ukraine’s negotiations with Russia, according to the White House. It comes as the Biden administration has expressed skepticism about Russia’s stated plans to reduce military forces near the Ukrainian capital of Kyiv.

The two leaders also discussed how the US is “working around the clock” to fulfill security requests by Ukraine, the White House said, and efforts with allies to identify additional assistance needed by the Ukrainian government.

Zelenskyy, in a tweet, said they discussed their assessment on “the situation on the battlefield and the negotiating table” as well as defense support, a package of new sanctions on Russia and financial and humanitarian aid.

US intelligence officials have determined that Russian President Vladimir Putin is being misinformed by his advisers about Russian forces’ performance in Ukraine, according to a US official. The official, who spoke to the Associated Press on the condition of anonymity Wednesday to discuss the recently declassified intelligence finding, said Putin has felt misled by the Russian military and there is now tension between him and his military leaders. The official did not detail evidence for how US intelligence made the determination.

US astronaut returns to earth in Russian capsule

NASA astronaut Mark Vande Hei landed in a Soyuz capsule in Kazakhstan after a US record 355 days at the International Space Station. Vande Hei returned alongside the Russian Space Agency’s Pyotr Dubrov, who also spent the past year in space, and Anton Shkaplerov. Wind blew the capsule onto its side following touchdown, and the trio emerged into the late afternoon sun one by one.

Vande Hei, the last one out, grinned and waved as he was carried to a reclining chair out in the open Kazakh steppes.

“It’s beautiful out here,” said Vande Hei, who planned to return immediately to Houston with a team of NASA doctors and other staff.

Kremlin says no breakthroughs – and Crimea is off the table

No significant breakthrough took place in talks with Ukraine aimed at ending Russia’s invasion, Kremlin and Dmitry Peskov said Wednesday. Negotiators for the two countries met for about three hours Tuesday in Istanbul, Turkey. Russia then said its military was scaling back operations around the capital of Kyiv – but US and Ukrainian officials say missile attacks on the city continue unabated.

Peskov said the Kremlin will not discuss issues that are “substantially on the negotiating table.” He said social media postings by representatives of Ukraine, including those not involved in the talks, do not contribute to successful negotiations.

Peskov also dismissed a Ukrainian proposal to negotiate the status of the Crimean Peninsula over the next 15 years. “Crimea is part of the Russian Federation,” Peskove said.

Estonia wants to rebuild Ukraine with funds for Russian energy

Estonia wants Europe to help build Ukraine – with the money Europe is set to pay Russia for its energy. The funds should be deposited in a bank to Ukraine “to make an immediate impact and make Russia pay for what has been done,” Estonian Foreign Minister Eva-Maria Liimets said Wednesday.

But there is also concern that Russia could reject any delayed payment and sell to other nations. European Union leaders have been unable to impose sanctions on Russian energy exports, fearing that such a move could hurt member states heavily reliant on Moscow’s fossil fuel supplies.

Liimets also stressed the importance of the EU’s commitment to cut its fossil fuel supplies from Russia by two-thirds before the end of the year, saying “the price of military action for Russia must be very high.”

Estonia, with a population of about 1.5 million people, shares a border with Russia and was a part of the Soviet Union until declaring its independence 1991. Estonia became a member of NATO in 2004.

The demilitarization of Russia is “well underway,” Ukraine’s UN Ambassador Sergiy Kyslytsya told the UN Security Council on Tuesday as the conflict in Ukraine entered its second month. Russian President Vladimir Putin has claimed his invasion sought only the “demilitarization and de-Nazification” of Ukraine. But according to Kyslytsya, Russian forces have lost over 17,000 military personnel, over 1,700 armored vehicles and almost 600 tanks in the invasion.

Inside one convoy’s frantic trek to rescue refugees in Ukraine

USA TODAY rides with Ukrainians in a convoy out of their war-ravaged homeland, crossing the border to Moldova. Some will stay there, hoping for a quick end to the war and a safe return home. Others are headed further west into the European Union, which is offering assistance and work permits to some Ukrainian refugees. Salam Aldeen, 39, drives one of the buses taking women and children to safety. Aldeen is also the founder of the international rescue nonprofit Team Humanity, which organized the convoy. Read more here.

“The ones with cars have left on their own,” Aldeen says. “That leaves the poor people.”

Ukraine war will have global food impact not seen since WWII

Ukraine and Russia together produce 30% of the world’s wheat supply. They contribute to 20% of the global maize supply, and 75 to 80% of the sunflower seed oil.

Now, the war in Ukraine is threatening the global food supply, the UN food chief warned Tuesday. He said the global impact will be the most severe the world has seen since World War II, and that the invasion has created “a catastrophe on top of a catastrophe.”

Many farmers from Ukraine, sometimes referred to as “the breadbasket of the world,” have left their farms and are fighting Russian soldiers amid already high food prices.

David Beasley, executive director of the UN World Food Program, told the UN Security Council on Tuesday that his agency had already begun cutting rations because of rising food, fuel, and shipping costs for millions of families around the world.

This article originally appeared on USA TODAY: Ukraine updates: Some Russian units are taking a beating