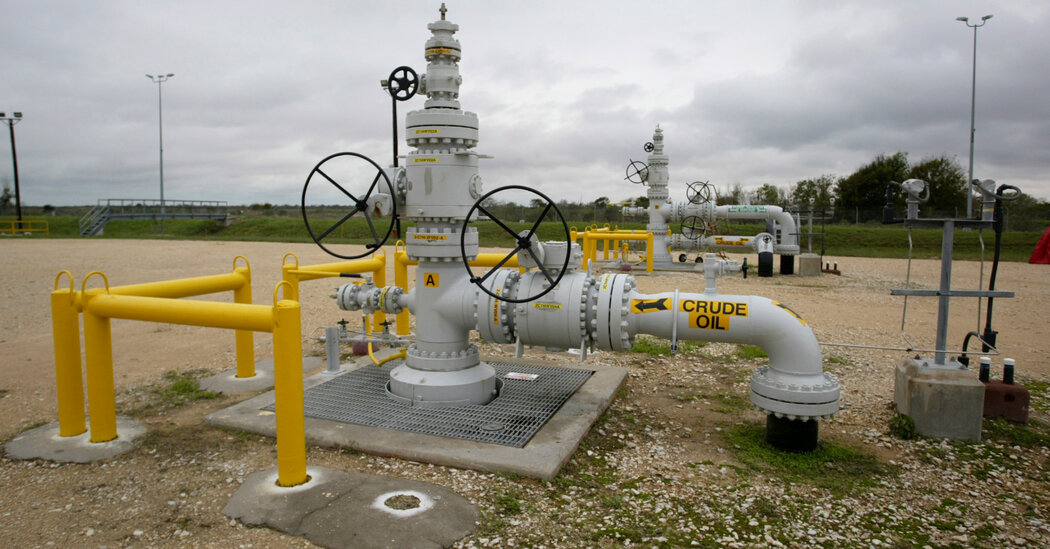 But the price of gas has continued to rise, and the political pressure has not let up.

Republicans have hammered Mr. Biden for weeks and have made clear that they intend to use the specter of inflation — including rising gas prices — as a political cudgel against Democrats facing voters this fall in congressional midterm elections.

What is inflation? Inflation is a loss of purchasing power over time, meaning your dollar will not go as far tomorrow as it did today. It is typically expressed as the annual change in prices for everyday goods and services such as food, furniture, apparel, transportation and toys.

What causes inflation? It can be the result of rising consumer demand. But inflation can also rise and fall based on developments that have little to do with economic conditions, such as limited oil production and supply chain problems.

Is inflation bad? It depends on the circumstances. Fast price increases spell trouble, but moderate price gains can lead to higher wages and job growth.

White House officials have repeatedly said they believe inflation is a serious concern, but have argued that Republicans are blocking the president’s legislative efforts to lower costs on things like child care, health care, education and other core expenses.

They have also blamed domestic oil companies for failing to expand production to meet the demand and help to relieve pressure on prices. Jen Psaki, the White House press secretary, made that point during a briefing for reporters two weeks ago.

“The oil and gas industry right now is receiving profit — windfall profits. We’ve seen that,” she said, adding: “Instead of keeping up with current demand, too many of these companies, in our view, are making the calculated decision of returning money to investors and shareholders through buybacks and dividends, instead of expanding production enough in the short term, which is what we need.”

The United States consumes roughly 20 million barrels of oil a day. High energy prices have contributed to high inflation and pushed OPEC Plus, the cartel of oil producers that includes the Organization of the Petroleum Exporting Countries, Russia and others, to pump more oil.

Mr. Biden’s release of 50 million barrels barely dented the market. The world consumes roughly 100 million barrels a day, and prices are set in this global market. When this oil was released, it was done in coordination with other world governments, including Britain, India, Japan and South Korea.

The emergency stockpile is stored in underground caverns in Texas and Louisiana. The reserve was established after the 1973–74 oil embargo by Arab members of OPEC, and has been tapped in emergencies like the buildup to the Persian Gulf war in 1991 and the aftermath of Hurricane Katrina in 2005, when much of oil infrastructure along the Gulf of Mexico was damaged.