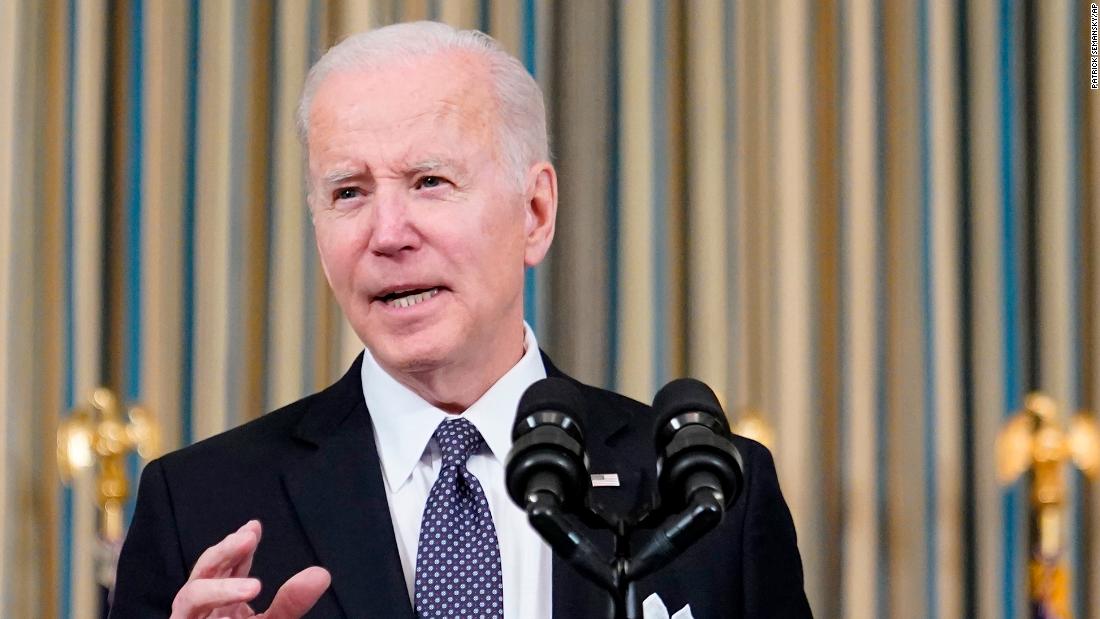 A plan being considered involves releasing around 1 million barrels per day from the Strategic Petroleum Reserve for the coming months, a person familiar with the deliberations says.

The announcement could come as soon as Thursday, when Biden is scheduled to deliver remarks from the White House on gas prices.

Biden earlier in the month announced a coordinated release of oil from the reserves in conjunction with other nations. He also released around 60 million barrels in November, which he said at the time was the largest release from the reserve in US history.
Tapping the reserve — the stockpile of 600 million barrels of crude oil stored in underground salt caverns in Louisiana and Texas — generally has only a limited effect on gas prices because of how much oil can be released at a time, but would act as a political sign that Biden is continuing to confront the problem.
Following Russia’s invasion of Ukraine, the US price of regular gasoline spiked, hitting a record high of $4.33 a gallon earlier in March.

In remarks earlier this month, Biden sought to put the onus for the rising prices on Russia’s President: “Make no mistake: The current spike in gas prices is largely the fault of Vladimir Putin.”

Governors across the US have been attempting to curb gas prices at the state level.
Last week, California Democratic Gov. Gavin Newsom rolled out a $9 billion proposal to hand out $400 debit cards to drivers in the state to help soften the impact of the highest gas prices in the country. In Georgia, Republican Gov. Brian Kemp — who is facing one of the toughest reelection races in the country — signed a bill that will give $250 to $500 tax refunds to Georgians — a move several of his rivals blasted as election-year politicking. And as Democratic Gov. Janet Mills faces a competitive reelection campaign in Maine, she has proposed some of the most generous relief to qualified taxpayers in her state — in the form of $850 checks — to cushion the blow of inflation and gas prices.

This story has been updated with background information.