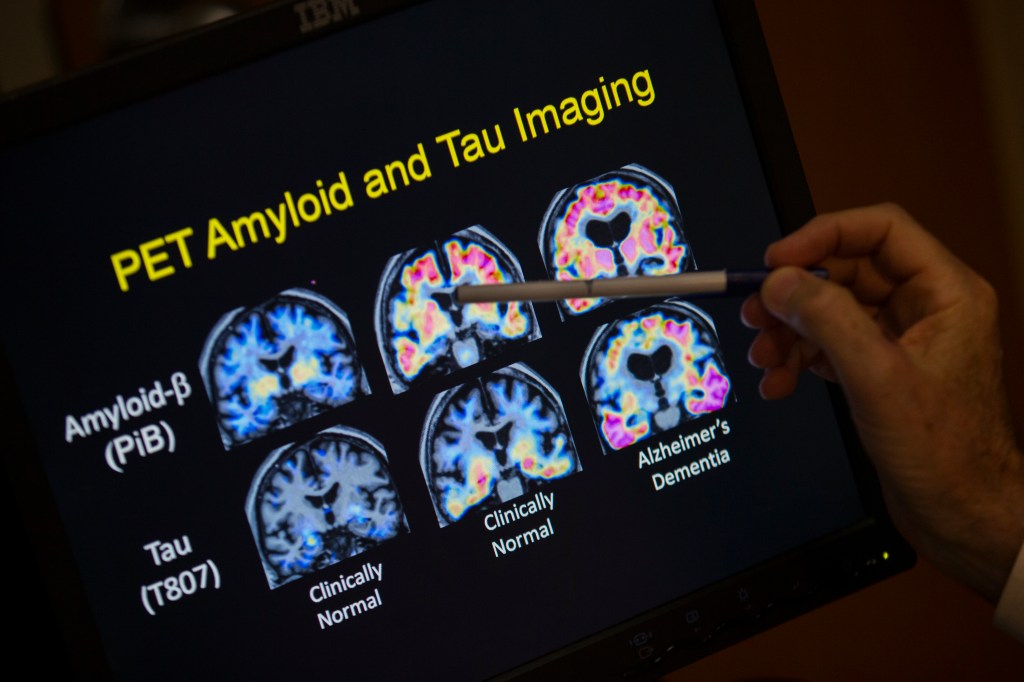 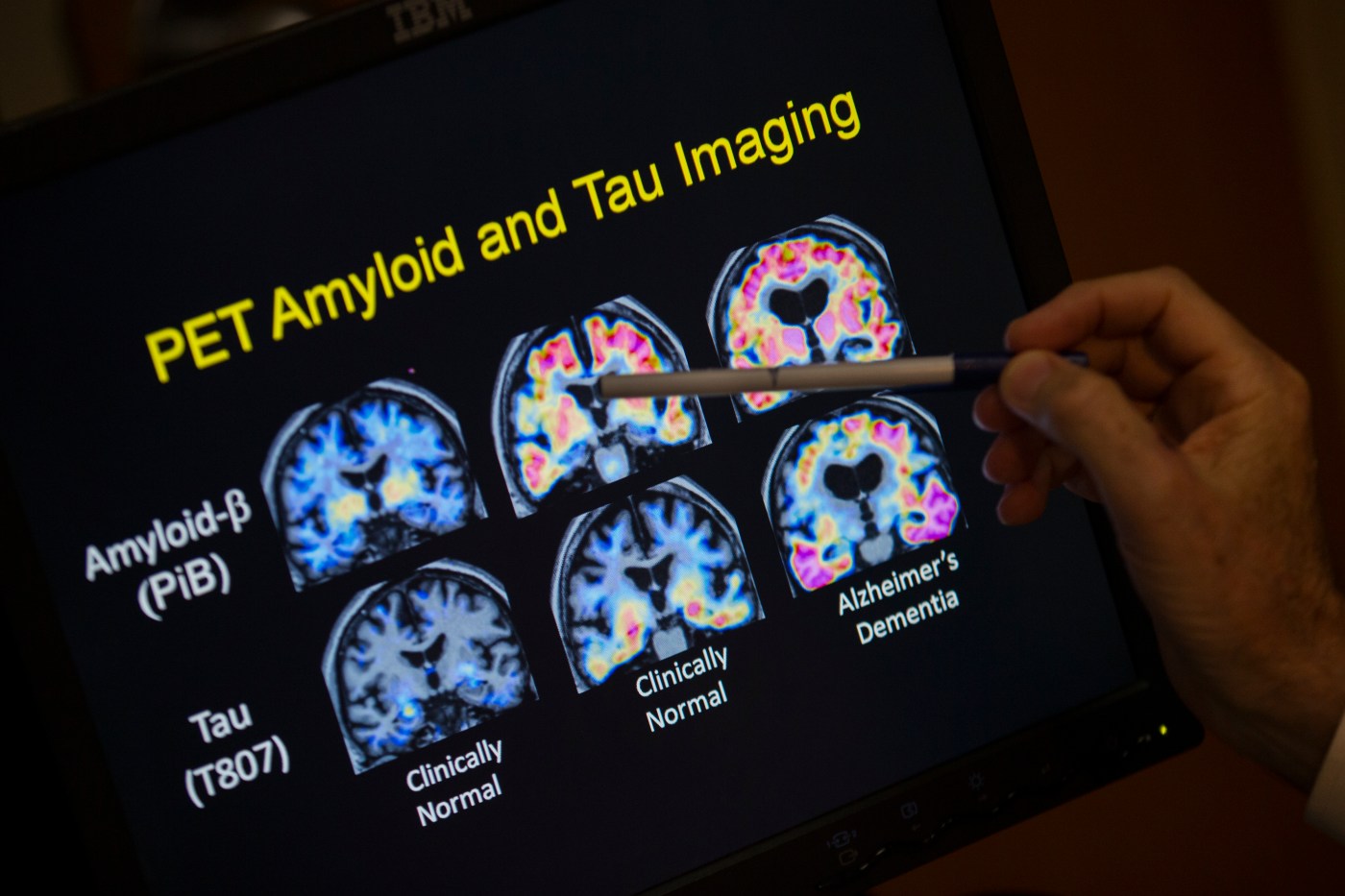 A trial for an Alzheimer’s disease drug is recruiting in Aurora to try to diversify its participant pool, but it’s only a first step toward fixing the problem of studies that do not represent the entire population.

The study will test whether people ages 55 to 80 who have normal mental function are less likely to develop Alzheimer’s disease if they’re taking donanemab, an antibody that’s meant to target the build-up of the protein amyloid in the brain.

A separate trial is looking at whether the drug, made by Eli Lilly, helps people who already have Alzheimer’s symptoms.

People who have Alzheimer’s disease have abnormal deposits of amyloid and another protein called tau, and the leading hypothesis is that those deposits cause brain cells to die. Other researchers think amyloid and tau deposits are a symptom of some other underlying cause, such as an infection in the brain.

So far, no drug meant to slow the decline that comes with Alzheimer’s disease has produced large gains for patients.

Dr. Sinikka Green, medical director at clinical trial coordinator Care Access, said they work with drug makers to set up studies that are more accessible to a variety of people than the traditional model of doing the entire trial at one medical center. That can involve recruiting people in cities with diverse populations, such as Aurora, and holding informational events in places like senior centers, where they might find people who are interested but would not seek out a clinical trial on their own, she said.

Reaching a diverse population “is kind of a problem just with research in general, and it’s a particular challenge with an older population that has more transportation problems,” she said.

Black Americans are about twice as likely to be diagnosed with Alzheimer’s as white Americans, and those who identify as Hispanic also face an elevated risk. That may reflect less access to medical care to control chronic conditions, fewer educational opportunities or even the effects of increased exposure to air pollution.

As of this week, they’d only found one participant in Aurora, since most people who have applied do not have plaques in their brains, Green said. The goal is to find 3,300 people across the country and follow them for up to five years.

“We’re trying to identify patients before the disease process begins, and sometimes that can be 10 to 20 years,” she said.

In 2019, the National Institute on Aging launched its own push to diversify the people participating in clinical trials for drugs targeting Alzheimer’s disease and other forms of dementia. Earlier this month, it put out a request for ideas on how to partner with underrepresented communities.

Choosing to set up trials in an area with a diverse population is not necessarily a bad idea, but it’s not guaranteed to bring in a representative group of patients, said Dr. Jonathan Jackson, assistant professor of neurology and executive director of Massachusetts General Hospital’s CARE Research Center.

People who participate in drug trials aren’t only disproportionately white, but they’re more likely than the general population to be male, cisgender, wealthy and highly educated – meaning that a drug that works for them may not do much for women or people without the same advantages, he said.

“Race and ethnicity (data) is really a great way to see that lack of generalizability,” he said. “It’s not just white people, it’s white people with master’s degrees who live in urban areas on the East Coast or West Coast.”

Green said Care Access is working to reduce the amount of time they ask people to give at the beginning of a study, to make it easier to participate. For example, for the Alzheimer’s prevention trial, they do the initial cognitive screening over the phone to weed out people who already have memory problems before asking potential participants to come in for a blood draw and possibly additional tests, she said.

“It’s a time saver for patients,” she said.

Of course, there are limits to how convenient participation can be. Participants will have to get an intravenous infusion every four weeks for about nine months, do cognitive tests repeatedly and undergo brain imaging to check for fluid build-up, which is a known side effect of antibody drugs targeting amyloid.

The amount of pigment in someone’s skin is not going to control how well they respond to a drug, but it can be a proxy for the different environments that people live in, Jackson said. Also, some gene variants that might affect drug metabolism are more common in people whose ancestors came from certain parts of the world – though a person who thinks of themselves as African-American could have genes typically seen in European populations, or vice versa.

The perils of looking at a narrow slice of people have come up before in Alzheimer’s disease research, Jackson said. Someone’s risk of Alzheimer’s appeared to be dramatically influenced by which version of a gene called APOE that person had inherited, but researchers eventually realized the version that seemed to be high-risk in white patients was not as risky in Black patients. That led them to discover that the Black patients were more likely to have a different version of another gene, called ABCA-7, that was modifying how APOE behaved – meaning that any treatments needed to consider the effect of both genes, as well as other factors influencing how they work in the body.

Ideally, the people enrolled in a drug trial would be representative of the population that’s most likely to have a condition, or most likely to benefit from a treatment. As it is, the people participating are the ones with the best access to health care and the ability to navigate the enrollment process, Jackson said.

The National Institutes of Health wrote a report on the problem of a lack of diversity in the mid-1990s, but there’s never been any penalty if drug makers continue to seek approval based on studies that do not represent the overall population, he said.

“It’s been more than 25 years since then, but there has not been a lot of success,” he said.

Subscribe to bi-weekly newsletter to get health news sent straight to your inbox.