Alaska Man Gets 32 Months for Threatening to Kill Senators 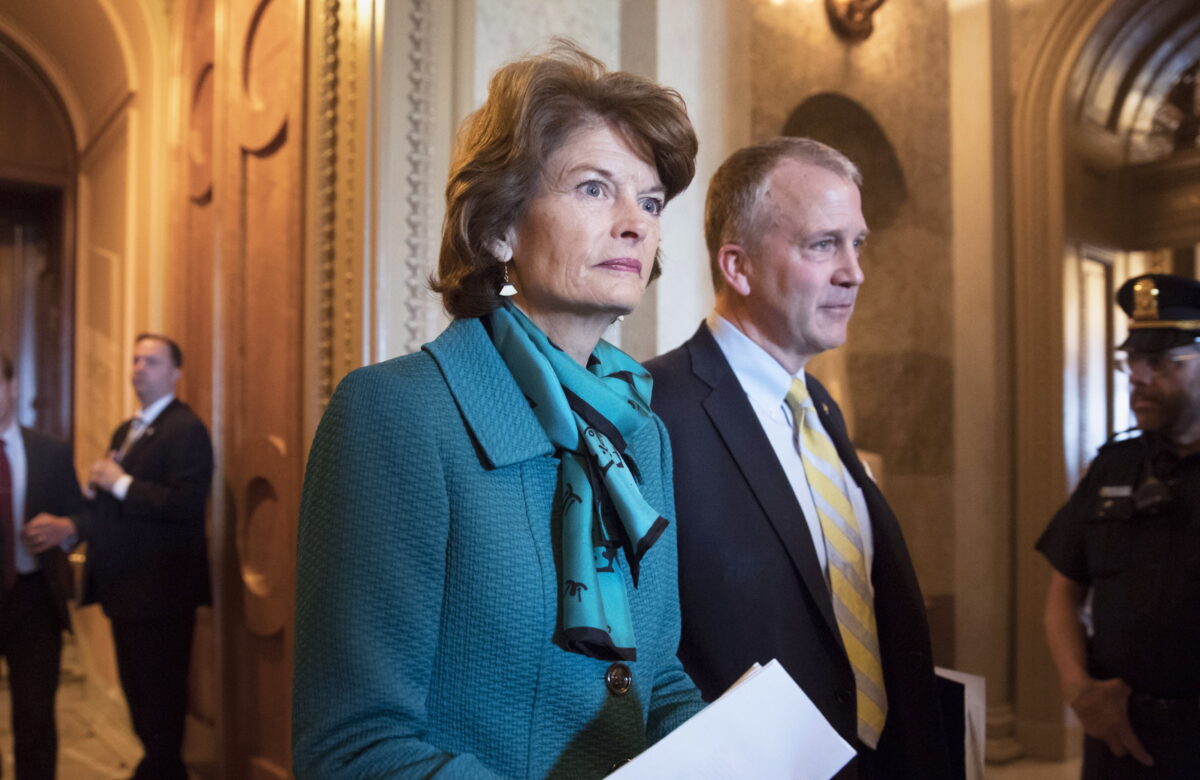 ANCHORAGE, Alaska — A rural Alaska man who threatened to assassinate both of Alaska’s U.S. senators in a series of profane messages left at their congressional offices was sentenced Friday to 32 months in prison.

Jay Allen Johnson was also fined $ 5,000, ordered to serve three years of supervised release after his prison sentence, and is barred by a protective order from contacting US Sens. Lisa Murkowski and Dan Sullivan, their family, and staff members for three years.

“Nothing excuses this conduct, threatening our elected officials, an act that attacks our very system of governance,” U.S. Attorney John E. Kuhn Jr. of the District of Alaska said in a statement. “The erosion of civility in our political discourse will never justify threats or acts of violence. Johnson’s actions must be punished, and the Department of Justice will always work to ensure our elected officials can serve without fear of harm. ”

Johnson, who said he was too old and ill to carry out his threats, partially blamed his behavior on a mixture of pain medications and alcohol along with the isolation during the pandemic prevalent during the five-month span of 2021 when he left 17 threatening voicemails .

Johnson, 65, of Delta Junction, pleaded guilty in January to two counts of threatening to kill a U.S. official in January. Sentencing was carried out at U.S. District Court in Fairbanks.

The government sought a sentence of 37 months in prison, followed by three years of supervised release along with the protective order.

“The defendant’s conduct is simply unacceptable in a democracy,” US Assistant Attorney Ryan Tansey wrote in the government’s sentencing memo filed before the sentencing hearing. “As political violence and domestic extremism grow, violent intimidation of public officials must result in serious criminal consequences.”

In one message left at Murkowski’s office, Johnson asked, “.50 caliber shell… you ever see what that does to a human head? Yeah, well…. ”

Johnson also blamed her for the undocumented workers who have come into the country.

In a message left for Sullivan, Johnson said he was tired of politicians destroying the country. He claimed he would get out his .50 caliber and start a GoFundMe page for the shells. “And I’m coming with a vengeance, [expletive]”He said.

“Sadly, political violence of all stripes has become a clear and present danger to public safety and the functioning of our democracy,” the government memo states. “The defendant’s conduct showed his rejection of that democracy and his willingness to resort to repeated violent threats when duly elected representatives take actions with which he disagrees.”

Johnson, who has had six driving under the influence convictions, is not allowed to possess firearms because he is a felon. However, law enforcement seized seven unsecured firearms at his home when executing a search warrant.

The defense said the weapons belonged to Johnson’s wife, Catherine Pousson-Johnson. In October, when pleading that her husband be released from jail while the legal case proceeded, she was asked if she was aware if her husband was making threats against the two senators.

At the same hearing, she said, “My husband is an old man, and he gets very angry listening to politics on the news.”

In the defense’s sentencing memo, attorney Jason Weiner describes Johnson as being in poor health, suffering from osteoarthritis and other ailments. He has had a series of surgeries over the years, including twice on knees, back, and shoulder procedures. He has been prescribed pain medications.

He has also been diagnosed with anxiety and post-traumatic stress disorder, the latter due to a turbulent childhood. Because of his health problems, he retired from working physical labor jobs at age 55, when his drinking began, the memo says.

He takes full responsibility for his conduct and realizes that while he never intended to carry out the verbal threats, the senators did not know that, the memo says.

“Between the prescribed narcotics, pain, and self-medicating, Mr. Johnson was not himself, ”the memo says.

“If anything, Mr. Johnson could use supervision not continued incarceration, ”the defense memo says when asking the judge to consider three years of supervised release as an option instead of further incarceration.