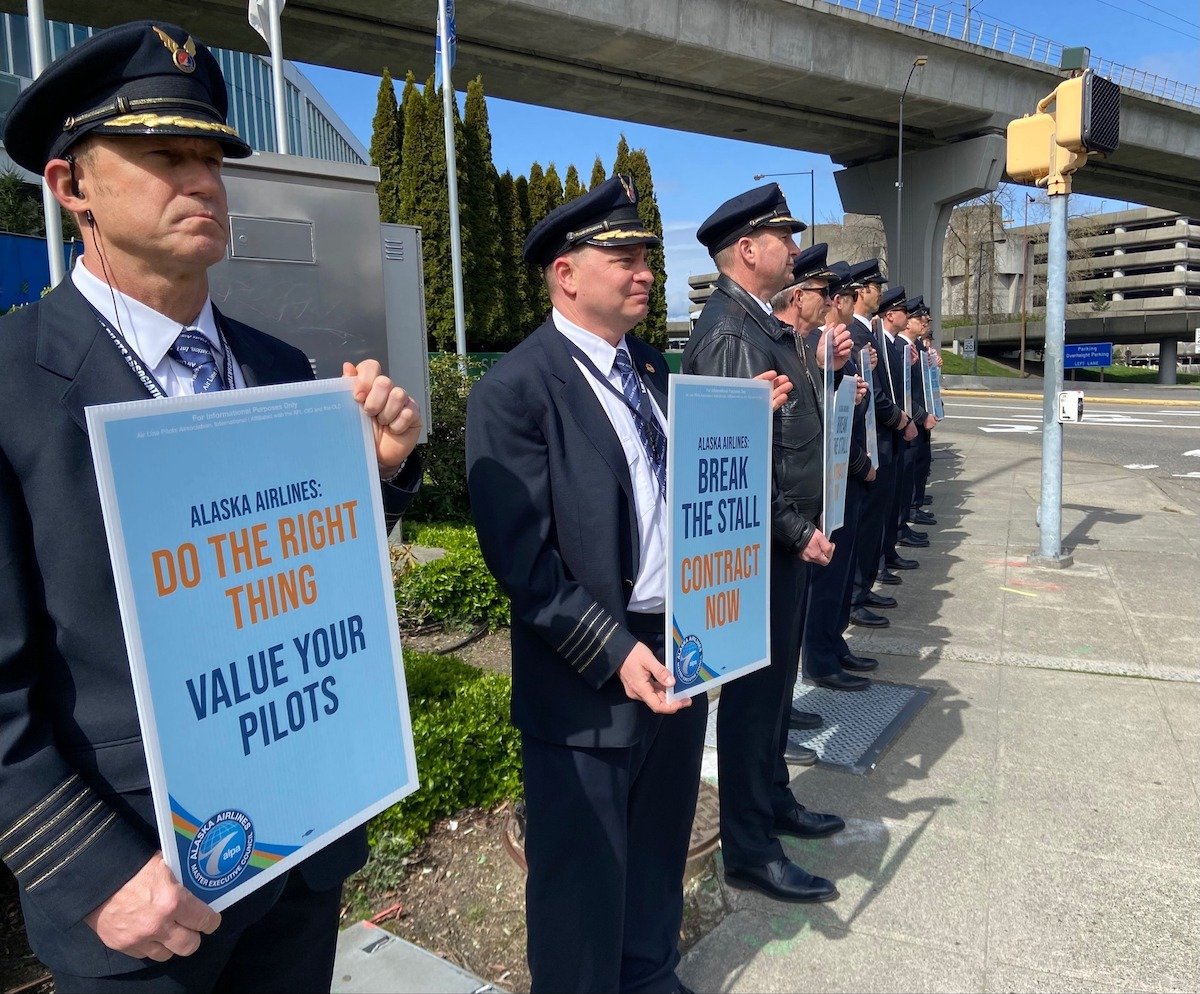 Alaska Airlines’ April isn’t off to a very good start, as the airline has canceled hundreds of flights due to a sudden “pilot shortage.” This just so happens to coincide with when pilots at the Seattle-based airline started picketing around the country.

Looking at data published by FlightAware, Alaska Airlines is struggling operationally at the moment:

Keep in mind that it’s still very early on Saturday, so I imagine we’re going to see a lot more cancellations coming as the day (and perhaps weekend) progresses.

In a statement yesterday, an Alaska Airlines spokesperson stated the following about what’s going on:

“It takes everyone at Alaska to run a successful and reliable operation. Today, we fell short. We’re grateful for all employees who are working hard to get our guests to where they need to go.”

Admittedly airlines have largely been struggling with labor shortages in recent months, as we’ve seen a great increase in the demand of air travel, all while many employees left the industry during the pandemic.

Hundreds of Alaska pilots picket around the country

Alaska Airlines’ worst operational day in quite some time just happened to coincide with the day where hundreds of Alaska Airlines pilots picketed around the country, holding “historic, systemwide informational picketing events” in Anchorage, Los Angeles, Portland, San Francisco, and Seattle , “to send a clear message to Alaska Airlines management that pilots are frustrated over stalled negotiations.”

It’s claimed that Alaska Airlines pilots, represented by the Air Line Pilots Association (ALPA), have been negotiating for a new contract for three years, with several outstanding issues yet to be resolved. This includes issues around job security, stronger working rules, and enhanced quality-of-life provisions.

As Captain Will McQuillen, Chairman of the Alaska ALPA Master Executive Council, describes this:

“Alaska Airlines pilots have been crucial in the overwhelming success of this airline and have earned a new contract that recognizes our contributions. The contract improvements we seek are reasonable, and affordable, and will allow our airline to remain successful and competitive.

The provisions we want to improve exist at other carriers and have proven their viability without harming those companies. It is time for Alaska Airlines to do the right thing and bring our contract in line with our industry peers. Three years is too long to be negotiating a contract without reaching agreement.”

Just to present a different perspective, here’s an interesting op-ed by an Alaska Airlines captain about why he isnt picking with his colleagues. It’s not often you see a pilot write something like that, so I imagine that has to be kind of awkward when he shows up atwork.

What should we make of Alaska’s cancellations?

I’m not here to draw any conclusions, but rather only share what we know. Alaska had a very bad day operationally yesterday, the same day that hundreds of Alaska Airlines pilots decided to picket at major airports. Furthermore, this happened on the first day of the month, which is usually when hours for pilots “reset,” meaning there are in theory the most available pilots.

There’s not a formal strike happening here, as that would be organized and announced. However, it’s also hard to imagine that the two events are totally unrelated.

Alaska Airlines is off to a rough start in April when it comes to operational reliability. The airline has canceled nearly 200 flights in the past 24 hours or so, and I’d imagine we’ll see more cancellations throughout the day, since it’s still early. All of this comes as Alaska Airlines pilots picket across the country over stalled contract negotiations. At some bases, more than one-third of pilots are participating in these events.

What do you make of Alaska Airlines’ flight cancellations?

The fallout from the Starfield delay continues in earnest,...