Adebayo will ‘never forget’ that Popovich cut him from Team USA 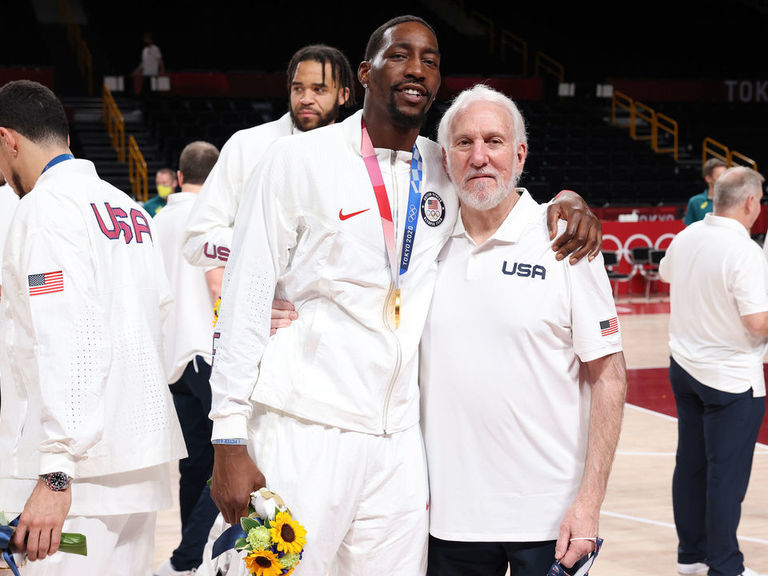 In an interview with Sports Illustrated’s Ashley Nicole Moss, the Miami Heat center spoke about what it was like to play for Popovich at the 2020 Olympics in Tokyo after being cut by the coach the previous year.

“Definitely animosity because I felt like I should have been on that team,” Adebayo said when asked what he felt toward Popovich. “But when we got to the Olympics, I had to let my animosity go because he was my coach at the time.

“But when we left, I let him know, from the time being in this Olympics, we cool and you my coach, I’m your player. We gonna be like you and Tim (Duncan), that’s the closest we gonna be. But when we leave, just know, I’ll never forget that you cut me.”

Adebayo added that Popovich was understanding and explained that he did what he thought was best for the team. But to this day, Adebayo won’t let Popovich forget that he cut him – even after winning an Olympic gold medal together.

“Just know whenever we play the Spurs, and you’re coaching, to get me geared up for that game, it’s always gonna go back to that: You cut me,” Adebayo said.

The Heat faced the Spurs twice this season, winning both games. Adebayo finished with a season-high 36 points in their second matchup on Feb. 26.