A Ukrainian girl hid in a basement with a corpse as the war raged outside. She drew comic-like illustrations to get through. 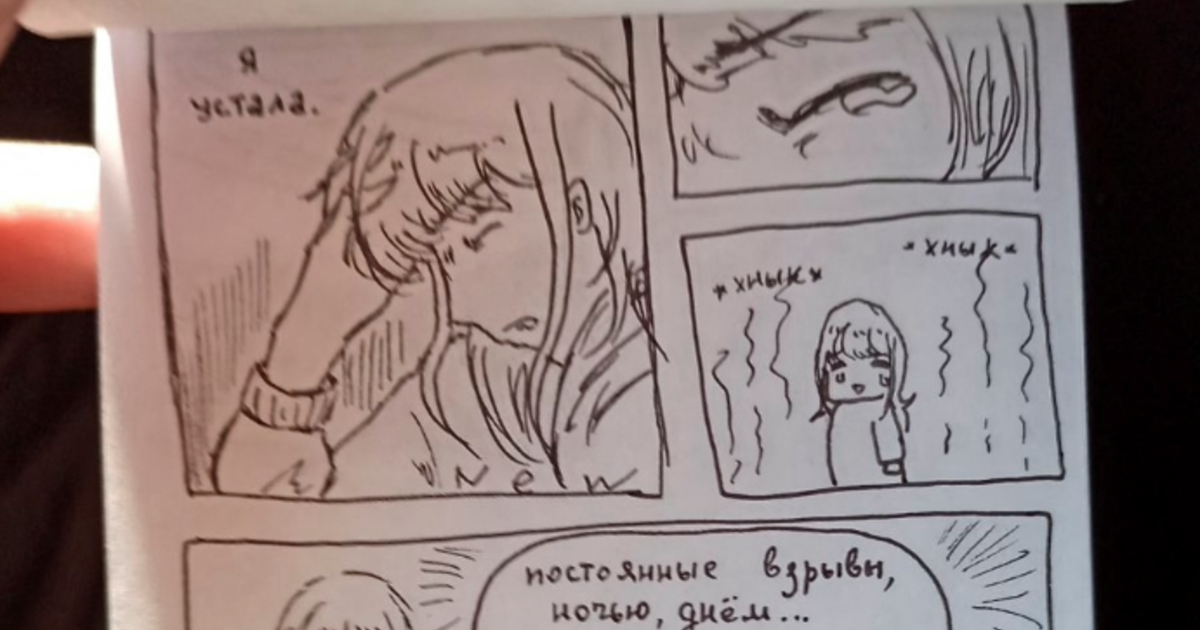 Missile strikes, shaking walls and a bloodied corpse — these are just a few of the horrors that 14-year-old Karina Ivashchenko saw over the last month in Mariupol, Ukraine, She was terrified and unsure of what would come as she hid with others in a dark basement.

So she started to draw.

“I drew my fears. I was afraid of the war. I was afraid when they shot in the streets,” she said in a video interview with Reuters.

All of her drawings are comic-style illustrations of herself living through war. She used her art to sort through and write down how she has been feeling, telling Reuters, “This is the image of me.”

“I drew this for myself, for the future, so that later I could see what I experienced,” she said.

In one illustration, she’s drawn herself with her head in her hand, saying “I am tired.”

“I feel scared, lonely and sad,” her drawn character says. “I want to go far, far away. I do not sleep at night.”

Earlier this week, the United Nations said that thousands of civilians may have died in Mariupol since Russian President Vladimir Putin’s forces invaded the country on February 24. On Monday, the mayor of Mariupol said the death toll was 5,000, including more than 200 children. The mayor also said that 90% of the southern port city’s buildings had been damaged and 40% had been destroyed.

The UN has so far confirmed more than 1,100 civilians have been killed and more than 1,800 have been injured across the country since the war began. They have previously said the true number is likely higher.

Ivashchenko spent nearly two weeks in a basement in Mariupol with her family and their neighbors. While staying there was safer, it was by no means safe. They had no electricity, heating or water supply and related on flashlights and candles to see. During attacks, the walls would shake.

Also in the basement with her was “a corpse, all covered in blood.”

“Every day it got worse and worse. Then strong explosions began, even in the basement the walls began to shake. When they started shooting at the house, the overhead [ceiling] started to shred on the head in the basement,” she said. “…Then a huge fire started in the house.”

Soon after the fire broke out, she said, “the whole basement was filled with smoke.”

Everything she saw when she fled from the basement looked like hell, she told Reuters.

“All the houses were on fire. Black smoke everywhere. All houses, all glass — it was simply gone.”

Ivashchenko has since been able to escape Mariupol, along with her mother and grandparents. When Reuters spoke with her on Tuesday, she was in Krakow, Poland. Ivashchenko’s father, however, had to stay behind in Ukraine.

Krakow, she says, is calm.

“I’m better here. There is no gunfire here,” she said. “There is no need to draw anymore.”

There will be a burst of fresh ideas, mental...