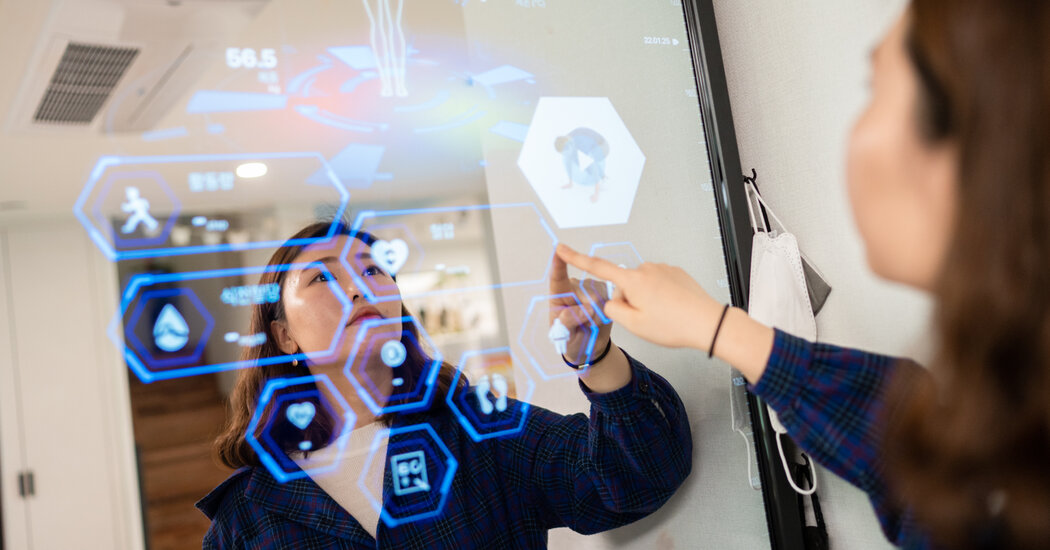 The air-filtering system is among the 15 products in each home provided by Samsung — including the AirDresser, a closet that can dry clean, steam and sanitize clothes — all of which can be controlled using the SmartThings app. But smaller businesses, in a country known for its electronics conglomerates, also have a presence.

Unmanned Solution, a company of 35 employees founded in 2008, is providing cleaning robots for the village, and the South Korean start-up Superbin, with 89 employees, provides garbage disposal services and recycling technology.

K-Water is the major player in this development as it is using its latest technology to not only transform the wetlands (making them developable by bringing in tons of sand and sinking concrete poles), but also to use the water in the Nakdong River for hydropower, drinking water and other uses. The hydropower will energize everything from homes to streetlights to sprinkler systems in the planned public areas.

With extensive data being compiled for help in care planning, concerns about the sharing of personal information with health governments and businesses have been muted so far.

“I haven’t heard of any complaints so far from residents, but I know that all around the world people can be defiant about giving out their personal information,” Mr. Min said. Nevertheless, he said, “a committee is drafting privacy guidelines and all of the information is encrypted.”

For Ms. Lee and her family, life in the Eco Delta Smart Village is a dual experiment: for the planned city, but also for themselves.

“At first we thought moving in here might be a challenge, since there’s not a lot of infrastructure, such as subways or bus stops, and it’s hard to get food delivery,” Ms. Lee said. “But it’s been so good for me, my sister and particularly my parents to learn the technology and get used to it. After all, this is the future.”

Young Indigenous girls and boys don't always have someone...