“A Modern Form of Fascism” 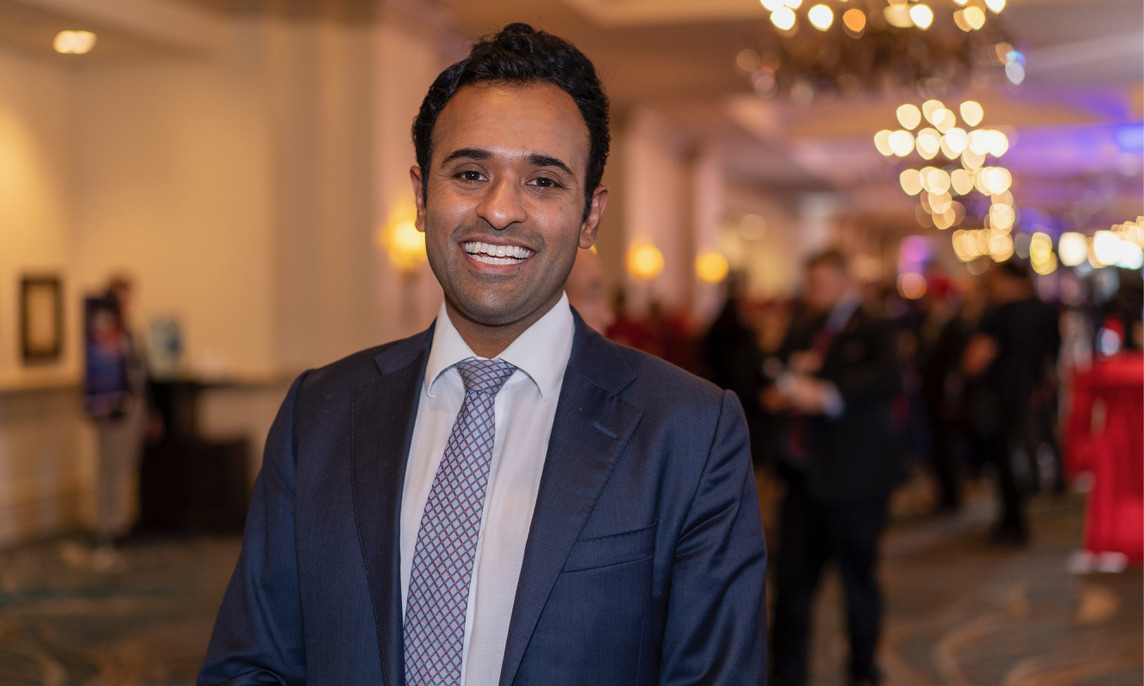 In a recent episode of “American Thought Leaders,” host Jan Jekielek discusses the undue influence of bureaucrats in government and the private sector over the workings of US democracy with Vivek Ramaswamy, founder of a billion-dollar pharmaceutical company and author of “Woke, Inc .: Inside Corporate America’s Social Justice Scam. ” Here Ramaswamy shares his ideas on ways Americans can ultimately force large corporations to abandon woke ideology and this merger of governmental and corporate power.

Jan Jekielek: It’s been about half a year since we talked about your book “Woke, Inc.” and what you describe as woke religion. How is this such an important part of what corporations are doing today?

Back in the early 2000s, companies exercised governmental influence to gain competitive advantages in return for dollars. They wrote checks for campaign contributions, hired lobbyists, and did it the old-fashioned way.

Then a new left emerged and said, “We’re skeptical of these donations and wielding influence that way,” so corporate America got smart. Instead of writing a check, they now declare, for example, that they will not take a company public unless its board is sufficiently diverse.

It’s an arranged marriage between Big Business and the woke left. Big Business realized it could defang the left by bringing it along for the ride, which created a new mechanism for the left to institute its agenda. The left has recognized that corporations are a more effective vehicle for advancing its agenda than government.

This means the people we elect aren’t actually running the government. It’s a bunch of managerial people in the private and public sectors who are running the show. And people are beginning to wake up to it.

Truckers in Canada, for example, are waking up. They have counterparts in democracies like the United States.

Mr. Jekielek: This reminds me a bit of Occupy Wall Street, which was a more leftist movement, but not entirely leftist. There were Tea Party types involved, people who were against massive corporate overreach, the kinds of people the corporations would be interested in nullifying. Is there any connection to this and how Occupy Wall Street got snuffed out?

Mr. Ramaswamy: It’s a great question. The Occupy Wall Street movement represented a threat to Wall Street. That’s why Wall Street used the corporate woke movement after 2008 to say that the real problem is not economic injustice, as Occupy Wall Street called it. It was not those bankers who had made a ton of money during the good times and got bailed out by the public when times were bad.

Now that the woke smoke is clearing, people are seeing that the same managerial class is still in charge. This is not a left-wing or right-wing point. It’s a point about restoring the voices of everyday citizens around the world. They’re beginning to ask, “How are we represented as citizens in our governments?”

That’s the conversation we need to have.

Mr. Jekielek: And so, all these companies now have the power to influence how everybody should be educated and who does not get hired, if you might not be woke enough.

Mr. Ramaswamy: That’s true of most major companies, what I call deep corporate. It’s the counterpart to the deep state. And it’s this bureaucracy with its woke agenda that creates the rampant political discrimination we see in those institutions.

We need to make political beliefs a civil right in this country, just like race, sex, or religion. You can not fire people or deplatform them because they are black or white, Muslim or Christian. You should not be able to fire or deplatform those who are outspoken conservatives either.

Mr. Jekielek: Diversity, equity, inclusion. Can you give us a quick overview of what this means?

Mr. Ramaswamy: It’s a secular religion that’s managed to do what Fyodor Dostoevsky demonstrated in his story “The Grand Inquisitor.” Christ comes back to earth during the Spanish inquisition, and The Grand Inquisitor has Christ arrested. He tells Christ, “The church does not need you anymore. In fact, your presence here impedes our work, and that’s why we’re going to sentence you to death. ” That’s what the church of diversity, equity, and inclusion (DEI) has done.

In the name of diversity, we’ve sentenced true diversity of thought to death. You can not say certain things in a DEI environment. In the name of equity, we’ve sacrificed true equality of opportunity. In the name of inclusion, we’ve created this exclusive culture where certain points of view are not welcome.

It’s a religion in that it sentences these values ​​to death, much as Dostoevsky envisioned.

But there’s an opportunity here for entrepreneurs who want to capture it. More than 100 million Americans today are put off by the places where they do business, who have had enough of this culture of exclusion in the name of inclusion.

They’re saying, “We want universalist alternatives that stand for the unapologetic pursuit of excellence. We want companies that tell us the American dream is alive and well, that capitalism is the best system known to mankind to lift people up from poverty. It’s not a racist system, and we will not apologize for it with three-letter acronyms. And we should be free to speak our minds without fear. ”

It’s an economy centered on the pursuit of excellence, and the customers who hear those messages from a company would be the best customers of any business.

I want to see a cultural and economic movement that reaches out to those consumers.

Mr. Ramaswamy: Business leaders could offer a universalist vision, saying, “We do not mix politics with business. We pursue excellence. That’s our agenda. ” People are hungry for that message.

And once you steal customers from the other corporations, like Nike or American Express, they’re going to wake up. They’ll have to win back those customers with a more depoliticized approach.

Mr. Jekielek: Lay it out for me.

Mr. Ramaswamy: Fascism is by definition the merger of governmental power with corporate power. I’ve never met Klaus Schwab. I reviewed his book for The Wall Street Journal last year. There was a certain naivete to it that led me to think he was not some puppet master behind the scenes.

I think there are leaders running with his philosophies who are, but he’s a gentle elder man who has a worldview that’s off the mark and not terribly well-argued. I do not think he’s a cynical world conqueror. He’s a man who offered an innocent, misguided philosophy that was coopted by cynical forces using it to achieve their own ends.

This movement is about using power to accomplish through the private sector what government can not do. In return, companies use government to gain competitive advantages they would not have in a free market.

It’s the new form of crony capitalism, but people should call it out and demand change. It’s time to reset the Great Reset.

Mr. Jekielek: There’s a lot of buzz about the Great Reset.

Mr. Ramaswamy: The Great Reset is about dissolving boundaries between education, the economy, and the government in democracies around the world. The opposition rejects the idea that a small group of managerial elites should decide behind closed doors what’s good for the rest of us.

A collision between these two forces is coming. There’s going to be a great realignment between November 2022 and probably November 2024 or January 2025 that determines which vision wins. Will it be the Great Reset or democracy? The two years after the 2022 election will answer that question.

Mr. Jekielek: Are you suggesting that democracy will disappear with the Great Reset?

Mr. Ramaswamy: I think that’s the disappearance of democracy as we know it. There will be an institution of modern monarchy where we do not have one king, but kings working together. That’s the Great Reset.

That’s the defining struggle of our time.

This interview has been edited for clarity and brevity.

Jan Jekielek is a senior editor with The Epoch Times and host of the show, “American Thought Leaders.” Jan’s career has spanned academia, media, and international human rights work. In 2009 he joined The Epoch Times full time and has served in a variety of roles, including as website chief editor. He is the producer of the award-winning Holocaust documentary film “Finding Manny.”

Jeff Minick has four children and a growing platoon of grandchildren. For 20 years, he has taught history, literature, and Latin to seminars of homeschooling students in Asheville, NC. Learning as I Go ”and“ Movies Make the Man. ” Today, he lives and writes in Front Royal, Va. See JeffMinick.com to follow his blog.