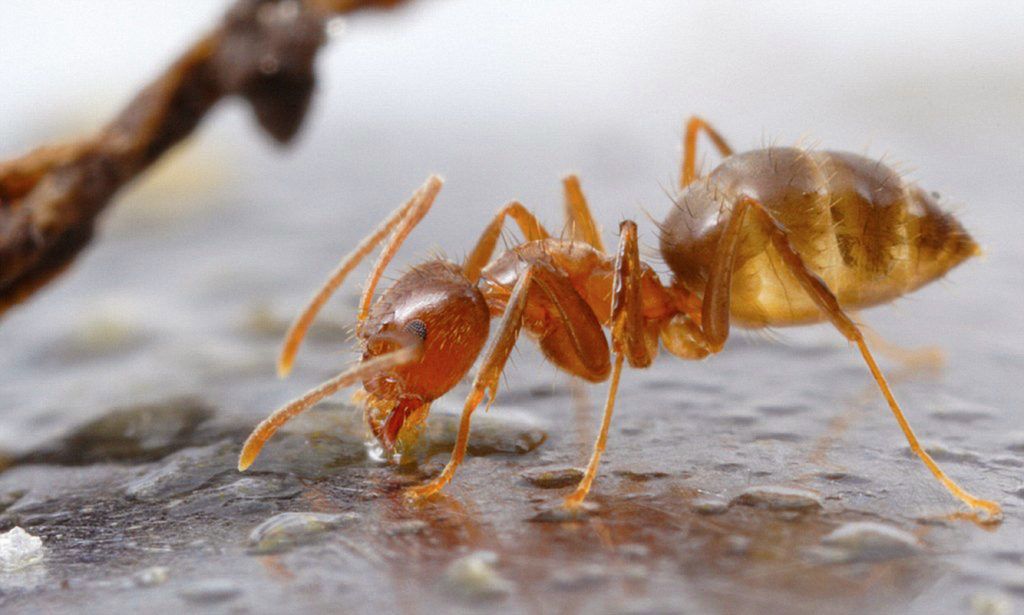 Over two decades ago, scientists made the unfortunate discovery that tawny crazy ants, a species native to the Caribbean coast of South America, had arrived in Houston, Texas. Since then, the invasive arthropods have been spreading through the Gulf Coast region, creating supercolonies that drive out local wildlife. But the raging population of crazy ants may have finally met their match: a deadly fungal parasite.

Tawny crazy ants, like other crazy ant species, are named for their frantic foraging movements and erratic behavior. When attacked, the ants bite and excrete formic acid through the end of their abdomen, using it like venom. In addition to killing larger arthropods like crickets and scorpions, the ants can force birds from their nests and even blind young rabbits with their acid.

In areas of the country with severe tawny crazy ant infestations, “there’s no insect noise and there’s no bird noise,” says Edward LeBrun, an ecologist at the University of Texas, tells Erik Strokstad for Science, LeBrun, an author of the new paper published in Proceedings of the National Academy of Sciencesexplains that the ants “have really profound ecological impacts.”

So when LeBrun and colleagues found a type of fungus that seems to only target tawny crazy ants, they were immediately intrigued. The fungus, Myrmecomorba nylanderiae, works by eating the ants from the inside out. Once a fungal spore is swallowed by an ant, the pathogen hijacks an insect’s fat cells and makes them shed more spores, which infect others.

Before doing their latest study, the research team observed and sampled over a dozen infected and uninfected crazy ant colonies. They found all infected colonies were declining, and more than half of them disappeared completely within four to seven years of being infected with the pathogen, according to Live Science‘s Mindy Weisberger.

To see how quickly the fungus would take down a colony of tawny crazy ants, scientifically intentionally infected two different populations of ants. In their experiment, they collected ants infected with M. nylanderiae and had them mingle with uninfected ants in the wild using hot dogs as a lure. The pathogen has spread to every nearby ant within seven months, and two years later, the colonies were completely wiped out.

LeBrun’s team theorizes that the reason for colony collapse is because the pathogen shortens the lifespan of worker ants, making it difficult for a population to make it through the winter. It’s not clear where the fungus came from originally, but it doesn’t seem to affect native arthropods, reports Ars Technica‘s Jennifer Ouellette.

If the pathogen continues to spread, entomologists behind the study say the fungus could make a serious dent in the US crazy ant population within the next few years.

“This doesn’t mean crazy ants will disappear,” LeBrun says in a press release. “It’s impossible to predict how long it will take for the lightning bolt to strike and the pathogen to infect any one crazy ant population. But it’s a big relief because it means these populations appear to have a lifespan.”