5 things to know this morning about the Russia-Ukraine conflict 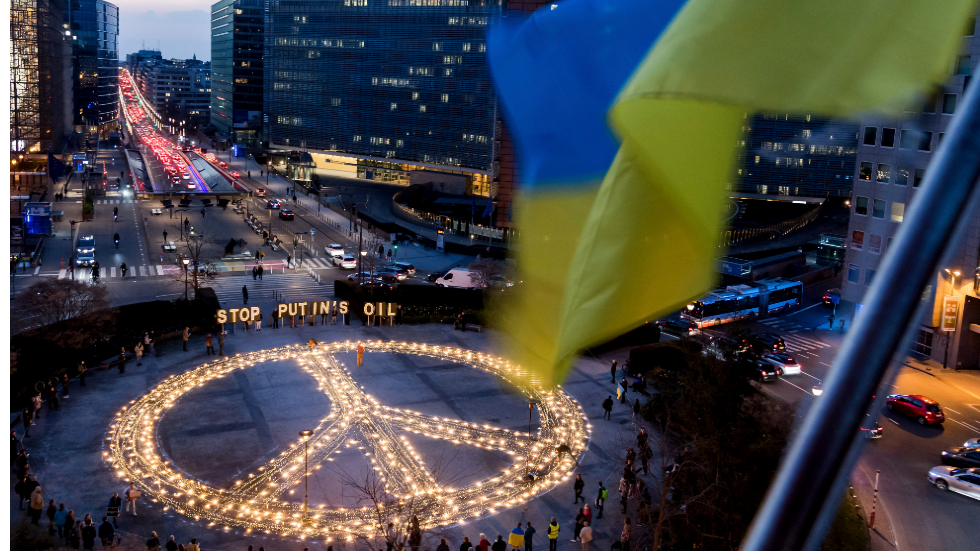 Officials are offering bleak assessments of Russia’s military progress in Ukraine as Moscow fails to seize Kyiv more than five weeks into its invasion.

Talks between the two countries have remained fruitless as the international community continues to put economic pressure on Russia through a series of sanctions and other restrictive measures on key sectors, elites, politicians and more.

Still, civilians have struggled at times to safely evacuate some of Ukraine’s hardest-hit cities, including Mariupol. The ongoing conflict has already generated a humanitarian crisis that has led millions of people to flee Ukraine since the invasion began on Feb. 24.

Here’s what you need to know this morning.

1. 7 evacuation routes anticipated to be available, including from Mariupol

Ukrainian Deputy Prime Minister Iryna Vereshchuk said in a Facebook post on Saturday that seven evacuation routes are anticipated to be available for civilians, including from the besieged city of Mariupol, CNN reported.

Other routes from Lysychansk, Rubizhne, Severodonetsk, Berdyansk, Popasna and Nizhny are also expected to be available on Saturday, according to the Ukrainian official, the network noted.

More than 6,200 people were evacuated from cities on Friday, including close to 800 from Mariupol, according to Vereshchuk, CNN reported.

The development comes as civilians have struggled to safely evacuate within the country. The International Committee of the Red Cross (ICRC) in Ukraine said on Friday that it had tried to facilitate the safe passage of people out Mariupol but was unsuccessful.

“Our team … had to return to Zaporizhzhia after conditions made it impossible to proceed. We will try again tomorrow. It’s critical the parties respect agreements and provide the necessary security guarantees,” ICRC Ukraine tweeted,

2. US sending $300M in aerial systems, weapons to Ukraine

The Pentagon announced on Friday that it would be sending $300 million dollars worth of aerial systems, rocket systems and other weapons to Ukraine.

Among some of the specific weapons included in the latest package are laser-guided rocket systems, Switchblade drones, armored high-mobility multipurpose wheeled vehicles and nonstandard machine guns.

The Pentagon noted that the US has provided more than $1.6 billion in security assistance to Ukraine since the start of the Russian invasion.

The announcement comes as Ukrainian President Volodymyr Zelensky continues to appeal to Western countries for missiles and warplanes.

“We don’t want a million of quality bulletproof vests or some special brand helmets,” Zelensky said in an interview with Fox News’s Bret Baier that aired on Friday. “Just give us missiles. Give us airplanes. You cannot give us F-18 or F-19 or whatever you have. Give us the old Soviet planes. That’s all. Give them into my hands. Give me something to defend my country with, my state.”

The British Defense Ministry reported in a daily update on Saturday that Ukrainian forces are continuing to make inroads near Kyiv, highlighting how Russian troops remain unsuccessful in their bid to take the capital.

“Ukrainian forces continue to advance against withdrawing Russian forces in the vicinity of Kyiv. Along the north western axis, Ukrainian forces’ attempts to advance from Irpin towards Bucha and Hostomel are ongoing,” according to to the British Defense Ministry’s intelligence update.

“Russian forces are reported to have withdrawn Hostomel airport, which has been subject to fighting since the first day of the conflict. Along the eastern axis, Ukraine has re-taken several villages,” it added.

Zelensky would not say during an interview with Fox News whether he had ordered Ukrainian forces to hit a Russian fuel depot just some 20 miles from its border with Ukraine.

Zelensky was asked in the interview with Baier if the attack on a Russian fuel depot, which a Russian regional governor alleged had been carried out by two Ukrainian helicopters, had been undertaken at his order.

“I’m sorry. I do not discuss any of my orders as commander in chief, the leader of this state, and there are things which I only share with the military armed forces of Ukraine and when they talk with me,” Zelensky replied.

“It’s not professional to talk about it. They occupied our territory. They attacked us,” he said later. “So whatever happens in a certain situation… it’s hard for me to comment.”

News outlets noted on Friday that if Ukraine had indeed attacked the Russian fuel depot, it would be the first time that Ukraine has conducted a strike on its neighbor since Moscow’s invasion began.

Zelensky claimed in an address on Friday that the Russian military is planting landmines throughout Ukraine, making it difficult for civilians to navigate within the country.

“They are mining all this territory. Mining houses, equipment, even the bodies of killed people. Too many tripwire mines, too many other dangers,” Zelensky said.

“We are moving forward. Moving carefully. And everyone who returns to this area must also be very careful. It is still impossible to return to normal life as it was,” he continued. “Even in the areas we return after the fighting. You will have to wait. Wait for our land to be cleared. Wait until you can be assured that new shelling is impossible.”

LG may have exited the smartphone market, but people...