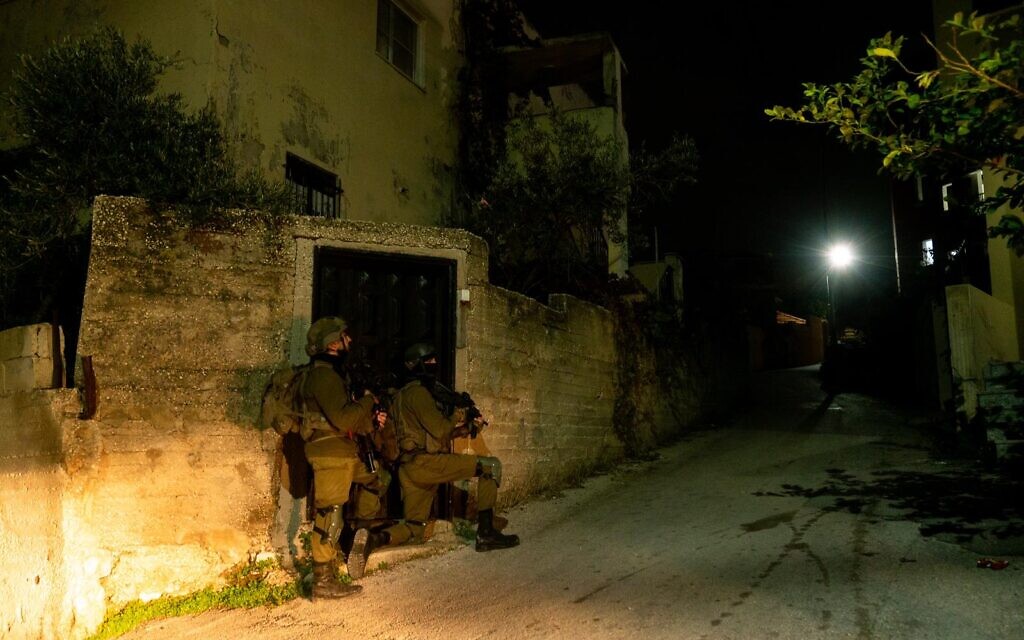 Three suspected terrorists were killed and four Israeli troops injured during an arrest operation in the West Bank in the pre-dawn hours of Saturday morning.

One of the Israelis was severely injured and flown by helicopter to Rambam Medical Center in Haifa. He underwent surgery, was hospitalized in intensive care and was in stable condition.

Another soldier was moderately injured, with wounds to his torso and legs, and the other two were lightly hurt.

The gunfight broke out when terror suspects opened fire on an Israeli team from the Border Police’s elite Yamam counter-terror unit that attempted to arrest them.

The Shin Bet internal security service said the suspects were in a vehicle when they made contact with the Israeli troops in the village of Arraba, southwest of Jenin.

The suspects appeared to have been on their way to carrying out an attack, Israeli authorities said.

“This was a terror squad that was involved in recent terror activities against Israeli security forces, and was apparently on its way to an additional attack, and the troops’ actions prevented a terror incident,” police said in a statement.

The suspects had already carried out a shooting attack near the West Bank city of Tulkarem, the Shin Bet internal security service said.

A series of three deadly terror attacks killed 11 people in Israel in a week, including a shooting that killed five people on Tuesday, putting Israeli security forces on war footing. The escalation has come as the Muslim holy month of Ramadan, often a period of high tension, begins on Saturday.

On Thursday, at least two Palestinian gunmen were killed in a firefight with Israeli troops when commandos entered Jenin in a rare daytime raid as part of a large-scale anti-terror operation following the recent attacks. At least 14 other Palestinians were wounded in the incident and dozens were arrested in the operation. 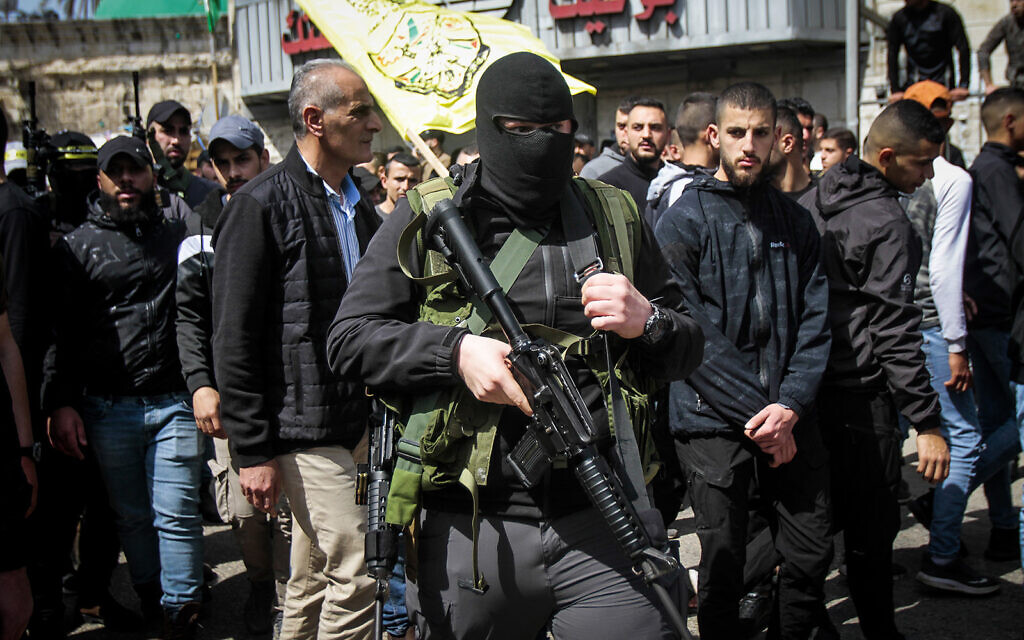 The IDF said the arrest operation — dubbed “Breakwater” — targeted individuals suspected of planning future attacks, as well as some thought to be tied to Tuesday’s deadly attack in Bnei Brak. Additionally, a Palestinian from Hebron was detained for alleged affiliation with Islamic State.

Extra troops are expected to remain in the field, and Kohavi has instructed the IDF to step up its intelligence collection on Syria, the Sinai and Palestinians in Lebanon.

Kohavi vowed that the military will “act in every way to stop” terror attacks, while Prime Minister Naftali Bennett said Israel “will overcome them this time too.”

The IDF confirmed that troops opened fire and hit a man in Hebron, saying that he “threw a firebomb at troops, endangering their lives.”