11 Set Up Hundreds of Sham Marriages for Green Card Seekers, US Says 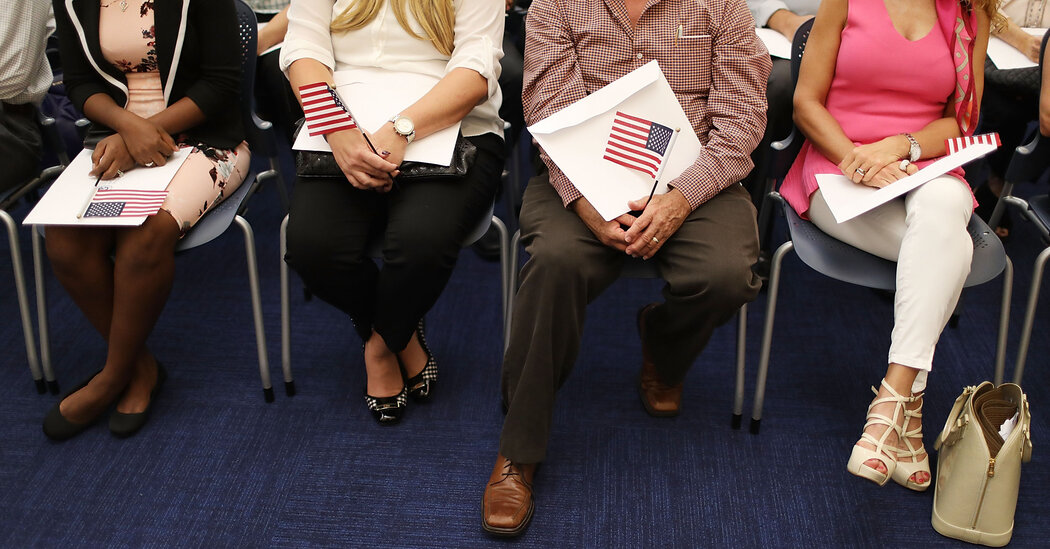 It was not immediately clear whether the defendants had lawyers. None were listed for them in court records.

Using a brick-and-mortar temporary staffing agency in Los Angeles that Mr. Benitez set up as a front, the group identified hundreds of foreign nationals seeking to apply for U.S. citizenship and lawful permanent resident status through green cards, prosecutors said.

Mr. Benitez provided clients with payment schedules that detailed upfront payments for marriage ceremonies and the filing of immigration documents, according to the affidavit. To keep up the appearance that the marriages were legitimate, the clients were required to make monthly payments to spouses that had been recruited by the defendants until the clients obtained full, lawful permanent resident status, the affidavit said.

Joseph R. Bonavolonta, a special agent in charge of the FBI’s field office in Boston, accused the defendants of having “made a sham” of the process of becoming a US citizen.

“This case should serve as a warning to others that the FBI and our law enforcement partners are united in our efforts to disrupt and dismantle criminal enterprises that seek to circumvent our laws by fraudulent means,” Mr. Bonavolonta said in the statement on Thursday.

Each of the defendants was charged with one count of conspiracy to commit marriage fraud and immigration document fraud. If convicted, the defendants face up to five years in prison, three years of supervised release and fines of $ 250,000.